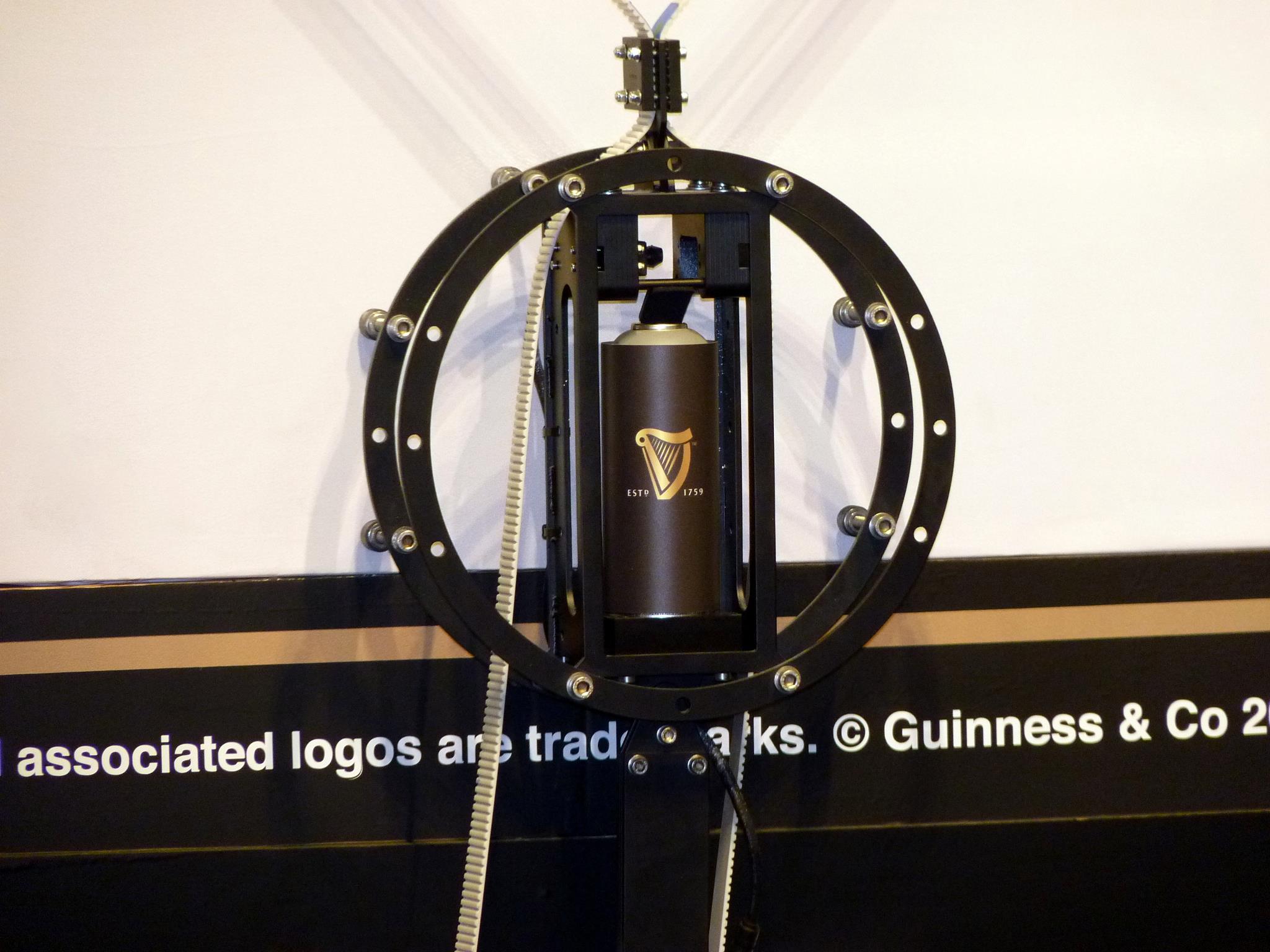 A secret message is being revealed in Guinness’s Dublin Factory today and Facebook users are being invited to help uncover it for charity.

When Guinness said they wanted to “Paint The Town Black” for this year’s Arthur’s Day we weren’t expecting them to let their fans loose with cans spray paint on their historic Storehouse factory in Dublin.

Drawing on the walls of the Storehouse

But, through a custom-built Facebook app, that’s what the company is letting their fans do.  The minds behind Guinness’s Arthur’s Day celebrations have hung a 24 meter square (258 feet squared) canvas from the first floor ceiling of their Dublin Storehouse. 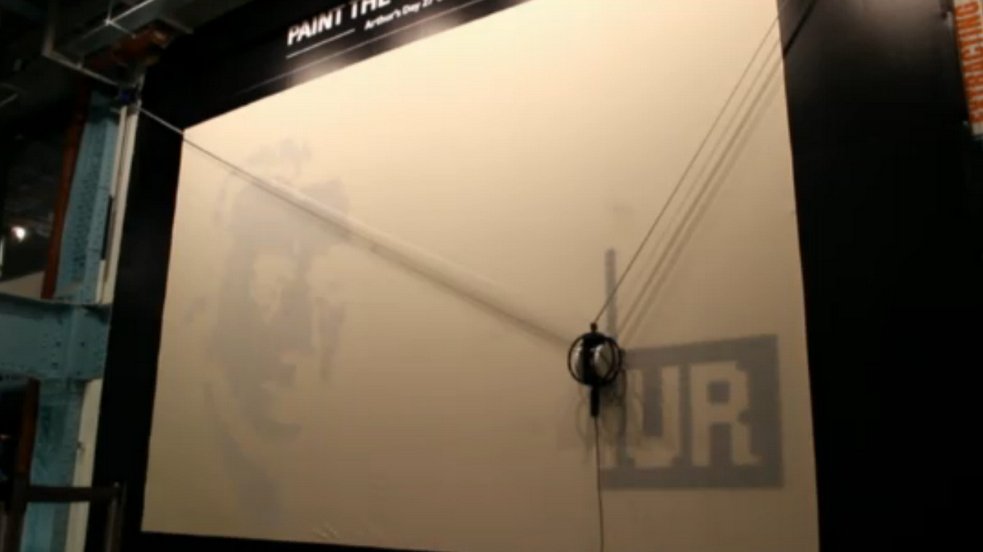 Also hanging from the ceiling is a can of spray paint attached to a mechanical rig.  The rig is set up to print 6600 individual ‘pixels’ of monochromatic paint (well, technically they’ll be using four colours) at the direction of Facebook users.  When finished, the rig will spell out a secret message to fans of the Black Stuff.

The system works by letting Facebook users ‘claim’ a pixel on the canvas which will then be spray-printed using a custom-built spray-can operating printer. And this is all being broadcast live on Guinness’s Facebook page.

Guinness is good for you

The art projected is designed to help launch the 2012 Arthur’s Day Celebrations, which kicks off on Thursday, and to raise money for the company’s charity.

For each pixel claimed by a Facebook fan Guinness will donate €5 to the Arthur Guinness Fund – the company’s social entrepreneurial charity which was created in 2009, on the occasion of the company’s 250th anniversary.  When the message is fully printed the donated total will reach €33,000.

Lisa Fitzsimons, Marketing Manager of the Guinness Storehouse said the project was an extension of Arthur Guinness’s philanthropic efforts, “We are delighted that we are able to involve thousands of people in the creation of the real-world canvass at Guinness Storehouse.

“Fans of Guinness and the Guinness Storehouse can play their part in the creation of this canvass while continuing Arthur Guinness’ philanthropic legacy and generating funds for the Arthur Guinness Fund  benefiting many worthwhile social entrepreneurs in Ireland. ”

Matt Oxley, Head of Creative Technology at Tribal DDB, the London company responsible for the creation of the project said, “This is a truly innovative campaign that blends technology and creativity to bring to life a traditional medium in a modern way.”

At the time of writing some 5,021 pixels were left to be claimed, so you best be quick.

Is Twitter telling Google and Bing it wants to be indexed more?

The everyday things you do that risk your digital privacy #infographic