Ireland’s Minister for Justice has a few concerns with Apple’s new iOS6 map application.  The main one being that iOS6’s new mapping app identifies Airfield Garden, a working farm in a residential area, as an actual airport.

Minister Alan Shatter described his confusion of the designation, saying;

“I am surprised to discover that Airfield, which is in the centre of my constituency in Dundrum, has, in Apple’s new operating system iOS 6 maps application, been designated with the image of an aircraft.

Airfield, a 35 acre estate with working farm, formal gardens and café is of course a famous and immensely popular, important local amenity. “

In a statement released today he warns that describing the location as an airport could be dangerous to pilots and locals, “Clearly the designation is not only wrong but is dangerously misleading in that it could result in a pilot, unfamiliar with the area,  in an emergency situation and without other available information, attempting a landing.” 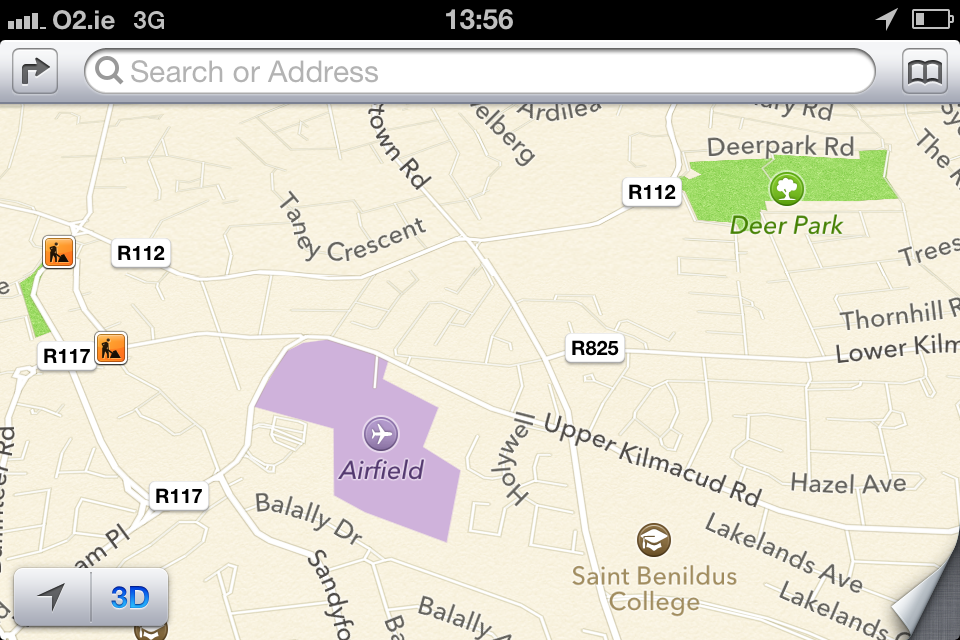 The Minister did offer some alternative icons for Apple, which his department is arranging contact with; such as “a cow, a goat, a sheep, a flower or any indeed other type of plant as Airfield operates a nursery.”

“An aircraft is an entirely inappropriate flight of imagination,” he added, with the pun probably intended.

The Minister will be happy to see that Google Maps uses a nice tree to identify the location.

The location, which has its own website (@airfieldfarm | Facebook), is currently undergoing renovations and describes itself as “city farm and formal gardens situated on a thirty-five acre estate in Dublin.” The site’s objectives don’t list an airport as among its goals.

This isn’t the first time that mapping applications have made mistakes in Ireland; Google Maps still reports that U2’s scrapped tower is located in Dublin.

4G: What is it & what effect will it have on the average user?