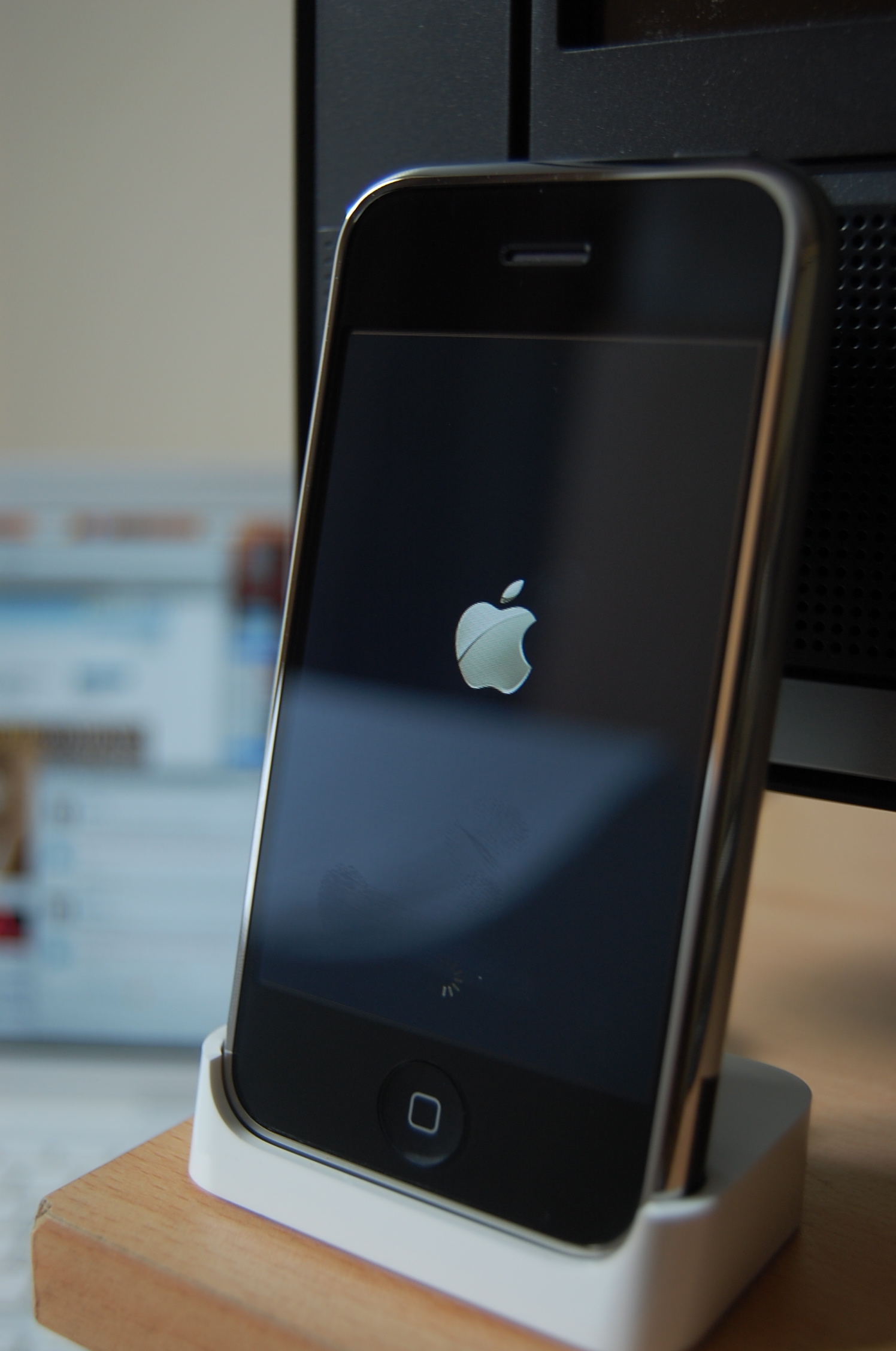 Original iPhone docked, via Wikipedia
3.2Kviews
Smartphones such as iPhones and Blackberries are changing how Irish teens communicate, socialise and even sleep; a white paper released by the Dublin based digital media agency Arekibo reports.

The Arekibo paper is an update of a similar study conducted by the British arm of the Morgan Stanley in 2009 (PDF | 67 Kb). Arekibo asked Jack Connery, a 16 year old intern, to investigate how Irish teenagers use and what they think about digital technologies.

Jack’s paper found that as well as providing instant communication between friends smartphones were also preventing may teens from getting the recommended eight hours of sleep a night.  Jack reported, “Getting a good night sleep is becoming harder for teenagers due to the ‘always-on’ nature of digital technologies. Leaving a mobile phone under their pillow while they sleep, in case they get a text or call, is now commonplace.”

He believes that this is, in part, caused by the increasing number of smartphones being used by teenagers.  Because of cheaper phone models and the availability of these phones on prepay tariffs many teens are willing to pay more for a smartphone, such as an iPhone or Blackberry, than pay less for an entry-level phone, as produced by Nokia.  This has been fueled by competition between the largest mobile operators, Vodafone and O2

He also reports that, such is the desire for smartphones, teens are happy to accept hand-me-downs from parents and older siblings than purchase or be given a new entry-level phone.

However, Jack’s report says that teens are not spendthrifts.  Many are reluctant to buy digital content and are more likely to opt for free apps than pay. Although desired, expensive 3G internet connections are not commonplace.

This adoption of digital media by teens has provided more competition to “traditional media”, such as TV, radio and newspapers.  According to Jack, “on demand services like Sky+ more suited to teens’ active lifestyles than standard broadcasts.” Jack says that when teens use traditional media they are likely to multi-task by using other devices such as laptops or mobile phones.

The paper also reports that Google’s Android operating system has not become a major object of desire for teens.