What the ‘biomarker revolution’ means for personalized, precision medicine

Part III of our interview series on precision medicine 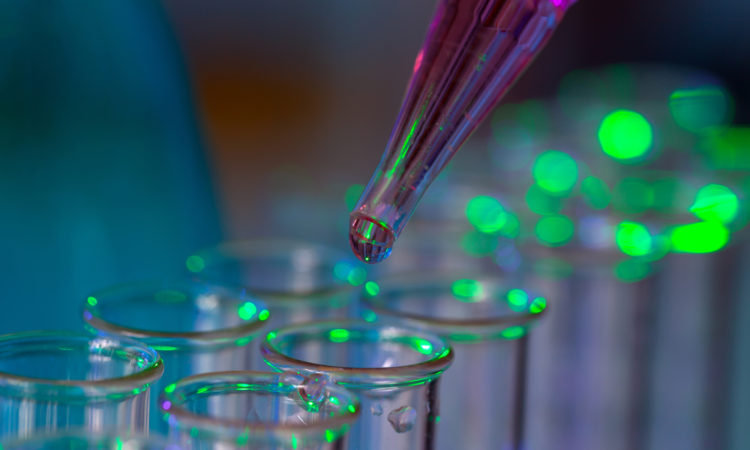 The healthcare industry is “in the midst of a biomarker revolution,” which is paving the way for more personalized, precision medicine. Here’s what that means for you.

Be sure to check out Part I, Part II, Part IV, and Part V of our interview series on precision medicine!

“We are now in the midst of a biomarker revolution”

The medical industry is warming up to the usage of biomarkers in basic and clinical research as well as in clinical practice, proving that the sentiment for biomarkers is changing for the positive within the context of precision medicine.

Kevin Hrusovsky, CEO of Quanterix and Founder of Powering Precision Health tells The Sociable that there is little doubt we are in a biomarker revolution.

“Although there have been pockets of skepticism across the industry when it comes to precision health and the use of biomarkers specifically, there is little question that we are now in the midst of a biomarker revolution,” he says.

“Biomarkers offer researchers a window into how a person’s body is reacting to a specific treatment. They can monitor how a disease is progressing at a molecular level, and therefore determine if the drug is working to slow or even halt progression.”

Hrusovsky adds that for many years, the industry has thought of personalized medicine as being limited to genetic differences among patients.

However, today, researchers are beginning to appreciate that proteins circulating in the blood provide a valuable alternative or complementary biomarker to genetics.

Challenges and Doubts for Biomarker Usage

The adoption of biomarkers still faces several challenges, such as being highly complex, time consuming, and expensive, according to an OECD report from 2011.

“By 2030, I believe, precision health in general, has the power to reduce healthcare costs by 40%, increase healthcare access by 60%, and add eight productive years to our average life expectancy”

There are also questions about how to share this data among those who need it, how to protect it, and how it should be analyzed. This leads to further questions of lack of standards and privacy issues, for example, with genetic testing.

“The science is cutting edge, new to the industry and there are undoubtedly questions to be answered; however, as more research confirms the validity and value of biomarkers when it comes to detecting and monitoring disease progression, we’re seeing that change,” he says.

The ability to measure biomarkers in blood to provide early detection of disease, measurements for treatment efficacy, and disease progression for a host of neurological disorders has been critical to rapid advancements in precision health and to helping researchers improve a drug’s impact.

“Since biomarkers allow researchers to see where a person falls on a disease cascade, drugs can be administered in a more precise way”

Biomarkers are undoubtedly paving the way for precision medicine.

“Since biomarkers allow researchers to see where a person falls on a disease cascade, drugs can be administered in a more precise way, (i.e., in lower doses to reduce toxicity earlier in the disease progression, and ultimately prove to be more effective),” he says.

For example, mutations in the BRCA1 and BRCA2 tumor suppressor gene have been found related to an increased risk of breast and ovarian cancer. Screening of these BRCA1 and BRCA2 biomarkers can identify at-risk individuals, providing an opportunity for disease risk management.

The Case of NfL

Quanterix has recently been in the news for its digital biomarker detection technology, Simoa.

“We can detect Alzheimer’s disease as much as 16 years before participants began showing symptoms. This is game changing,” says the American biotech entrepreneur, engineer, and healthcare visionary who has dedicated his 30-year career to transforming medicine from reactive ‘sick care’ to preventative and personalized healthcare.

The biomarker NfL correlates with CTE, a brain disease responsible for fatal neurodegeneration in professional athletes. While there is no single test to detect CTE in the living, this biomarker allows researchers to definitively see brain trauma sooner and therefore predict the likelihood of CTE appearing later in life.

At the recent 35th Congress of the European Committee for Treatment and Research in Multiple Sclerosis (ECTRIMS), more than 50 research papers were presented using biomarker research, including a real-world data case from Johns Hopkins School of Medicine.

Dr. Rany Aburashed, a researcher at Memorial Healthcare in Detroit, Michigan, is pioneering this type of research currently, focusing specifically on treatment for Multiple Sclerosis (MS). He is using Quanterix technology to examine levels of the NfL biomarker with the goal of helping neurologists better understand which drugs or treatments can be the most effective on individual patients based on their disease stage.

“While they are not yet at the stage of making treatment decisions based on the results, they are using these insights to supplement the standard of care for MS patients,” Hrusovsky explains.

“Biomarkers offer researchers a window into how a person’s body is reacting to a specific treatment. They can monitor how a disease is progressing at a molecular level, and therefore determine if the drug is working to slow or even halt progression”

“By 2030, I believe, precision health in general, has the power to reduce healthcare costs by 40%, increase healthcare access by 60%, and add eight productive years to our average life expectancy,” he adds.

Hrusovsky professes that using biomarkers to detect disease onset and progression is the future of medicine and he believes that more research will bring more trust.