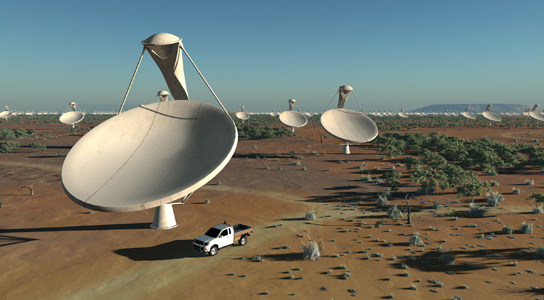 IBM and ASTRON recently announced a joint collaborative project known as DOME that will see IBM develop an exascale computer system for the planned Square Kilometre Array (SKA) telescope. The telescope will be used to explore evolving galaxies and dark matter, and will attempt to peer into the very origins of the universe.

It will be the world’s largest radio telescope, effectively made up of thousands of antennae; all of which will span a surface area of over 3,000 kilometres.

The array will be faster than current radio telescopes in roughly two orders of magnitude, requiring vast amounts of processing power. 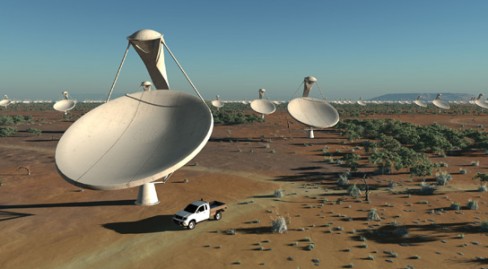 The SKA will produce one exabyte (EB) of data each day – roughly the combined capacity of 64 million entry-level iPads or the equivalent of double the internet’s current daily traffic.

“The SKA will be so sensitive that it will be able to detect an airport radar on a planet 50 light years away.”

Since the project requires really advanced technology, IBM is researching new exascale computer systems that will not only be able to handle the vast amount of data being produced, but also its storage, analysis and transfer.

The entire system will be kept at an optimal temperature using a technology known as water-cooling. Water-cooling dissipates heat very effectively while, unlike fans, remains silent. It’s likely that several key technologies developed during this project will form the basis of future technological introductions into the consumer industry, among others.

The collaboration will be based in Drenthe in the Netherlands and the initial cost is estimated at around $44 million – comparable to the costs involved in developing CERN.

Construction is scheduled to begin in 2017 and end in 2024, but the location for the SKA has yet to be decided; although, Australia and South Africa are the primary locations being considered. If successful, the project will help propel astrophysics and astronomy in spectacular ways.

Interview: Are brands ready to engage consumers on the mobile web?