HomeScienceNASA Cassini probe to go out with a blast after 20 years, plunging into Saturn’s atmosphere
Science

NASA Cassini probe to go out with a blast after 20 years, plunging into Saturn’s atmosphere 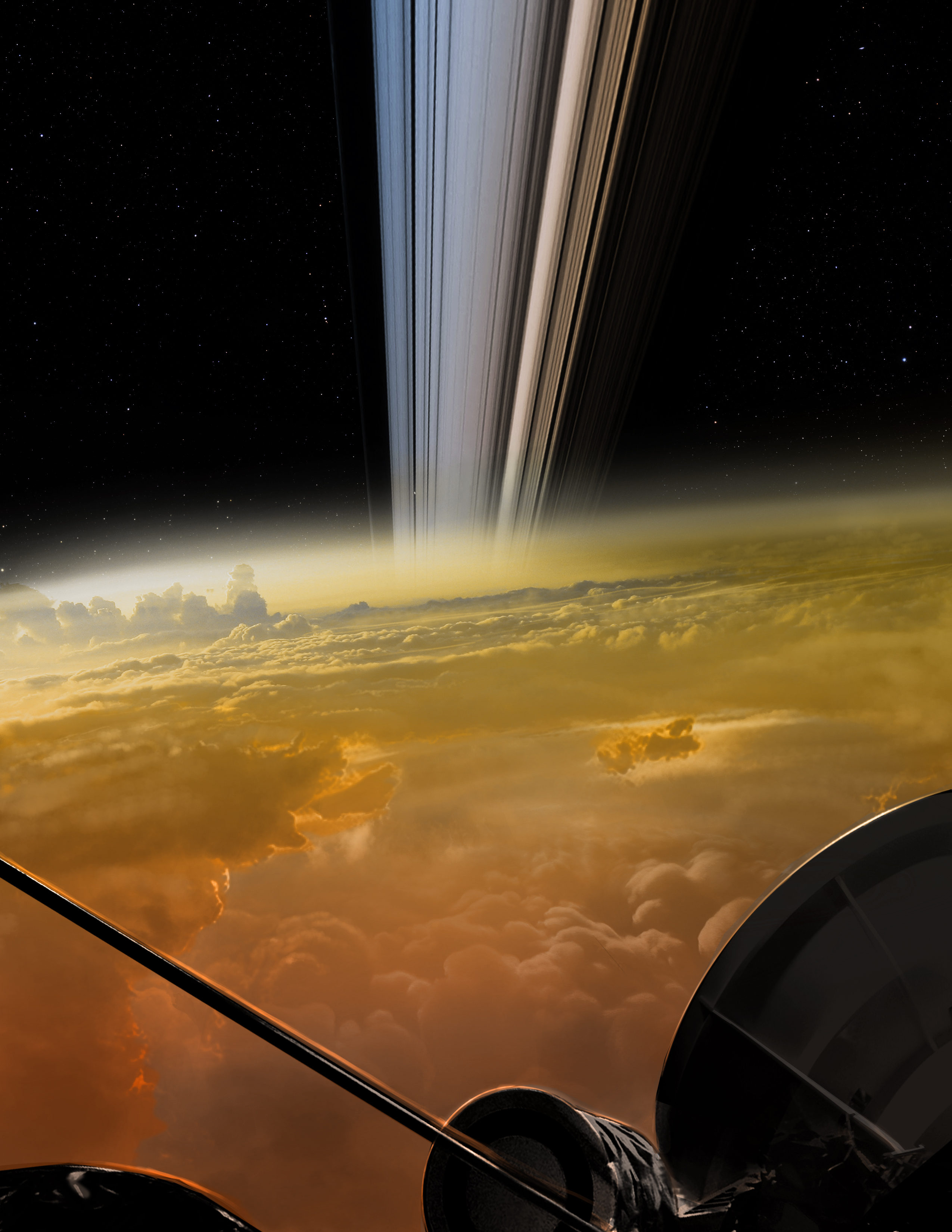 Cassini, a probe sent by NASA in 1997 to study Saturn and its 2 moons, Titan and Enceladus – is now set to start on its last mission, dubbed the “Grand Finale”.

2017 marks 20 years since the launch of the mission. The probe took 7 years to get to the planet, followed by 13 years of providing groundbreaking planetary information that changed mankind’s understanding of planetary formations.

During Cassini’s journey, a new focus on “ocean worlds” was established, changing scientists’ understanding about the availability liquid water, essential chemical elements and sources of energy on different surfaces around our never-ending universe.

In an elaborate NASA report on the importance of the mission, Cassini highlights 2 of the planet’s moons as some of the most habitable surfaces for humans in our solar system.

Before the mission, scientists had automatically assumed that Enceladus was too small to maintain enough heat to retain subsurface reservoirs of liquid water. However, the moon, including a surprisingly warm south pole, is now listed as a possible refuge when humans become interplanetary travellers.

While the probe has managed to provide life-changing information during its voyage, mission control has set its termination date to the 15th of September, and adding a counter till the date on its webpage for a dramatic effect.

During the mission’s “grand finale”, the probe will attempt plunges that had earlier been deemed as unsafe for it. Following a close inspection of the larger moon Titan, the probe will undertake 22 weekly dives between the planet and its rings.

The final mission will provide researchers with detailed maps of Saturn’s gravity and magnetic fields, also will study the material included in the planet’s rings, as well as collect samples from the icy ring particles being funneled into the planet’s atmosphere.

Finally, the probe is set to take spectacular shots of the planet’s surface, rings and clouds formulated on top of it. All information will be sent through a live feed to the command centre hours before the probe says its final “goodbyes”.

If the mission is so successful, why end it so dramatically?

NASA reports that the probe is now running low on rocket fuel, which will make it difficult for the control centre to help it navigate and avoid collisions.

More importantly, NASA wants to avoid having the probe colliding with either of the moons, Titan or Enceladus, risking tampering with their ecosystems by introducing a bacteria that could have hitched a ride from earth.

Instead, Cassini will take a heroic plunge into Saturn’s atmosphere, resulting in the probe’s incineration and eventually becoming a part of the planet.

In the meanwhile, I truly encourage enthusiasts to check out the gallery of amazing images Cassini managed to capture during its 20-year-long historic journey.