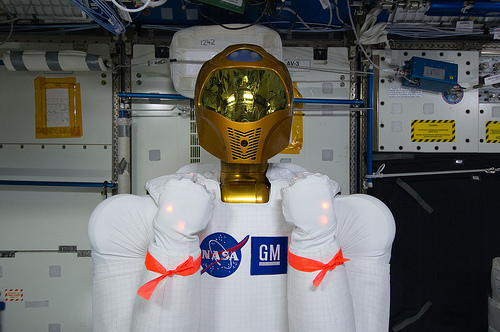 We all knew the day would come when our robot overlords would invade from space, but what we didn’t expect was that they’d so polite…

The International Space Station’s Commander, Daniel Burbank, today became the first man to shake hands with a humanoid robot (@AstroRobonaut) in space.  AstroRobonaut was launched into space to join the crew of the ISS this time last year and since then has been undergoing some tests… and tweeting; the robot has been tweeting a lot.

After the handshake Robonaut congratulated the ISS commander @AstroCoastie with this message.

First handshake between a human and a humanoid robot in space! It was awesome, in my opinion, and I think @AstroCoastie agreed!

NASA commented, “Man meets machine aboard the International Space Station as expedition 30 Commander Dan Burbank reaches out and shakes the hand of Robonaut.”  Commander Burbank confirmed it was a firm handshake and congratulated the programmers and engineers, describing Robonaut as “impressive.”

Robonaut has been developed by NASA’s Johnson Space Center in Houston, Texas and the agency says that there are four Robonauts in existence, one of which is on the ISS.  NASA also says that these robots are key to its future missions,

“Robonauts are essential to NASA’s future as we go beyond low earth orbit and continue to explore the vast wonder that is space.”

As for the impending robot invasion from space, we might have some time to go, as Robonaut still doesn’t have legs yet.  The robot is currently attached to the ISS but when it does eventually get its legs these will be designed to allow it to climb through the ISS’s interior and conduct space walks.

@luckydog99 No legs yet. They’re in development on the ground.

And just in case you though that a legless Robonaut was harmless have a look at this four legged walking robot being developed by the US Military’s advanced research department, DARPA.  Called a Dismounted Warfighter, the robot is semi-autonomous and can identify and avoid potential obstacles.

You have been warned. 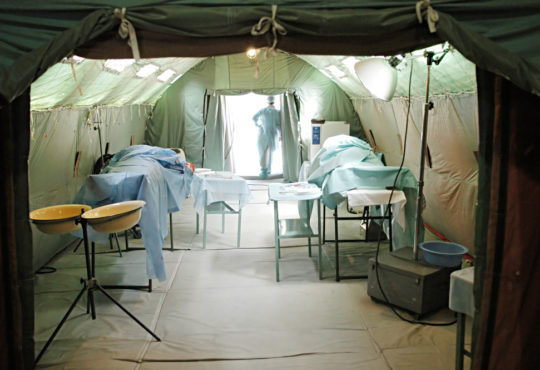