Dublin Tweeters concerned by snow but all is clear in Cork 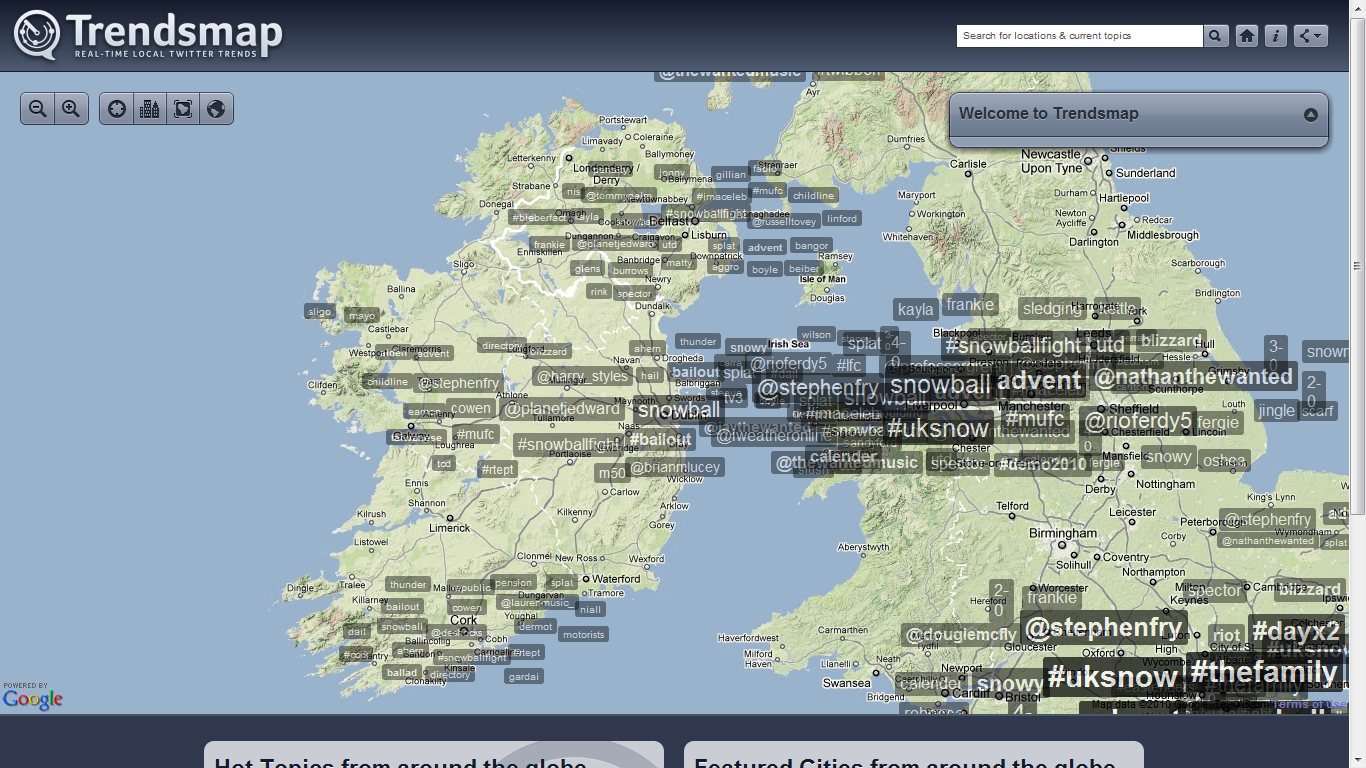 The Irish east coast might not have received the 25cm (10″) of snow predicted on Monday but the blizzard conditions are still occupying the minds of Irish tweeters – or at least those in the nation’s capital.

Trendsmap, a web app that mixes Twitter updates and Google maps, shows that people in Dublin and Leinster are tweeting most about Irelands frosty weather (#snowball) while Cork and Connacht tweeters, who have escaped the worst of the weather, are discussing the political situation in the country (#dermot).

Northern Irish tweeters are equally interested in the weather, although this year’s X-Factor (#Olly) is occupying the thoughts of many of Ulster’s Twitter users.

Discussions of the weather in England and Scotland are tempered with today’s student protests in London (#demo2010), although there is little reference to #cablegate, Wikileaks controversial release of over half a million US diplomatic cables.

Google Editions to launch within weeks?