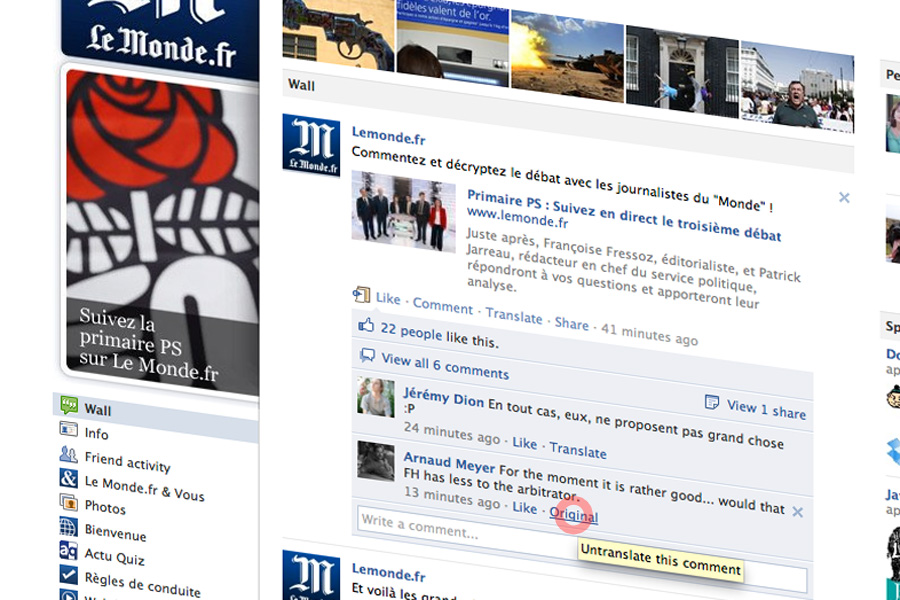 A new ‘Translate’ link now appears under a public page’s post. When clicked, the post’s content is translated inline to a language that the user has specified as their own in their personal profile settings. The translate link only appears when the post is written in a language other that the user’s specified one.

If users wish to revert back to the original post’s language they can click the ‘Original’ link that replaces the ‘Translate’ one upon translation. 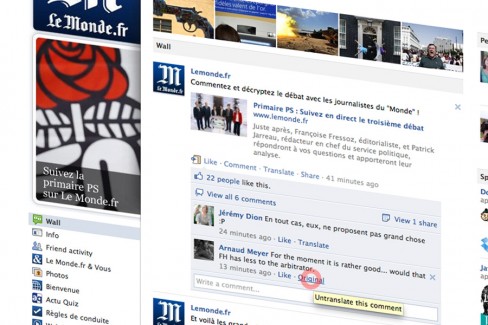 Users in Korea, Japan, Russia, Taiwan and Hong Kong are also given the option to suggest their own translation of post content. If their suggested translations receive enough positive votes from other Facebook users, this human translation replaces Bing’s machine transcription.

Less than 2% of Android devices are tablets