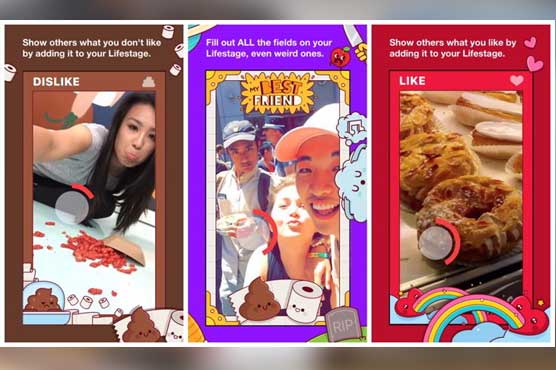 Facebook’s launch of the Lifestage video app for teenage students allows for third party data collection just like they did with emoji reactions.

While the new iOS app may become a hit with the under-21 crowd, adults are not allowed access, and that makes it all the more vulnerable for teenagers to share private information that Facebook can then use for data collection.

Just like when Facebook unveiled the emoji reactions back in February that the social media platform used for targeting ads, Lifestage will make it even easier for third parties to learn what teens are interested in and most likely to buy.

According to the app’s creator, boy-genius Michael Sayman, Lifestage encourages users to share their “moods” just like Facebook’s data-collecting emojis.

“A collection of videos depicting all your facial expressions gives people a way to express themselves in a whole new way. Ranging from “My Happy Face” to “My Tired Face” to “My Friday Face,” Sayman wrote on his Facebook page.

The video-based Lifestage app currently has 2 stars out of 5 in the App Store with 15 reviews at the time of this publication, and with initial reviews being, “I don’t like how much information you have to give out,” “Very confusing to use,” and “Most boring app ever!” those 2 stars may or may not rise with more downloads as it was released only today.

While the teenage developer has the unique position of being in the targeted age range for his app, his higher-ups are most likely seeing this as a great opportunity for data collection just like the emojis.

When Facebook’s emojis launched, product manager Sammi Krug explained how they would use the reactions to cater and personalize the news feed.

“Over time we hope to learn how the different Reactions should be weighted differently by News Feed to do a better job of showing everyone the stories they most want to see,” wrote Krug.

Apart from tracking what you do on the social media platform itself, Facebook also tracks what you do when you leave the page and browse other sites, and there isn’t any reason to believe that it isn’t the same case with the new Lifestage app for teens.

Lifestage actually encourages that you share how you’re feeling and what you’re reactions are to certain topics.

Take a look at these bullet points from the creator’s description, and ask yourself, if you were an advertiser, how bad would you like to know the following about your target audience?

• Discover others who are into the same things you are into and connect with them.

• Share to dozens of fields in various sections of your profile such as “Music”, “Home”, and “School”.

• Change out and replace your videos in fields at any moment, as often as you like.

What better way of keeping up-to-date with the teenage consumer audience than having them make videos where they tell you what they like, what they don’t like, how many people share their views, and to have everything updated on a regular basis — all through the use of video where peoples’ expressions are captured as they unfold?

Remember when the selfie became the digital fingerprint of our generation — the medium by which we have voluntarily entered ourselves into the largest facial-recognition database? With Lifestage, you can now have your emotional reactions to sensitive subject material stored in an emotions database.

Read More: Facial recognition: the new makeover of the selfie in 2016

As Michael Nunez from Gizmodo writes, “Facebook knows more about your personal life than you probably realize […] and you wouldn’t be wrong to feel a little uneasy about what Facebook knows and uses to sell advertising, though there’s no evidence that anything nefarious is going on here at all. It just feels weird!”