HomeSocial MediaFruity: Not quite the iPhone 5 you’d expect
Social Media 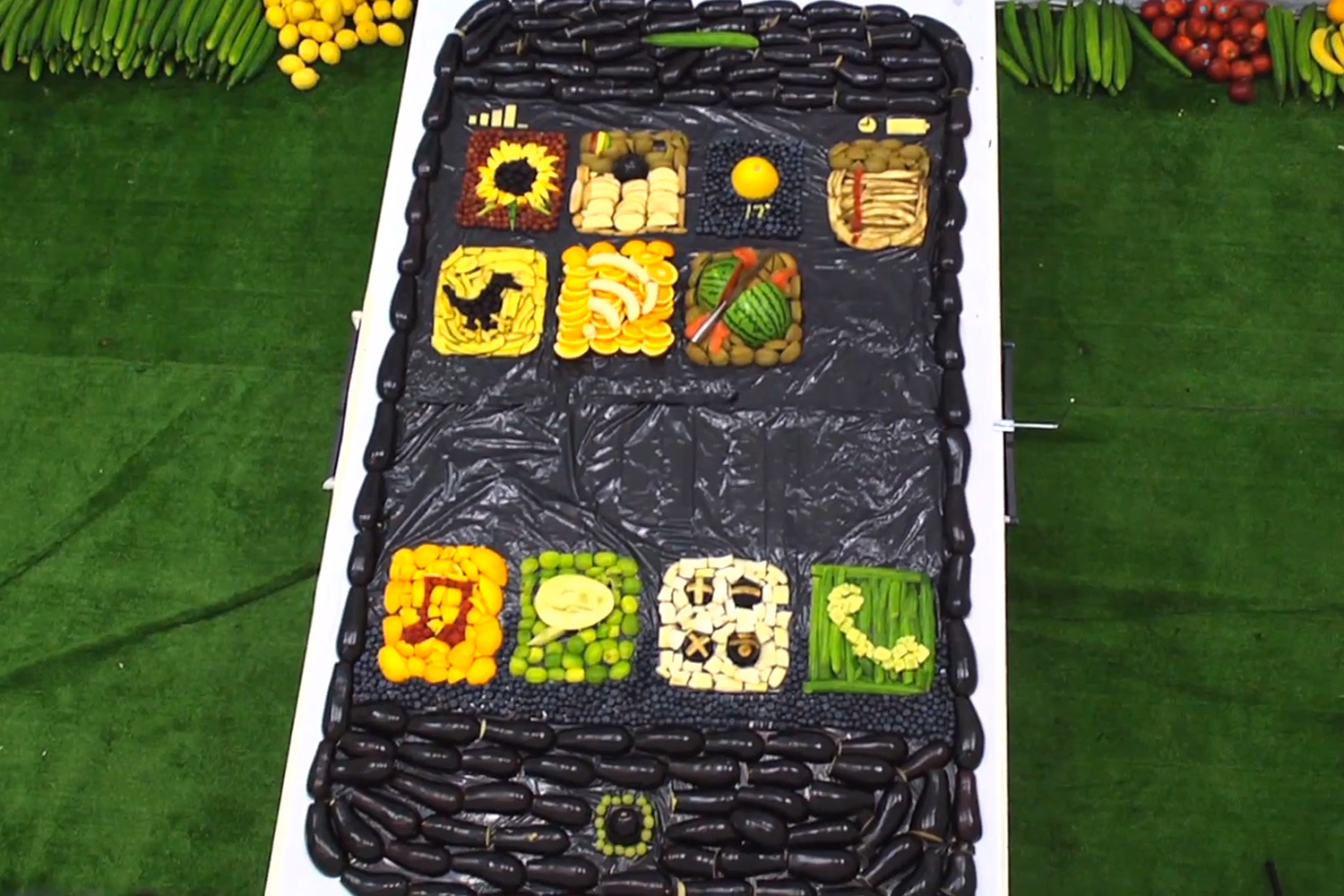 iPhone 5 made from fruit
967views

One of Europe’s largest distributors of fruit, Top Fruit, isn’t exactly the kind of company you’d expect to be taking advantage of marketing opportunities around Apple’s iPhone 5 launch. But they did, and here it is.

Based in Co. Louth, Ireland, Top Fruit has created a giant iPhone 5 replica made entirely from fruit. It’s got aubergines, bananas, grapes, oranges and a lots of other edibles that I can’t name. Ironically, it also contains lots and lots of blackberries.

Here’s what the company had to say,

“We know there is a lot of excitement surrounding the launch of the brand new iPhone 5, and we are mad about fruit here at Top Fruit. So we thought, why not build an enormous iPhone 5 using our very own fruit?”

Apparently it’s an exact replica of the iPhone 5 but it could easily pass for an iPhone 4S, as this video will tell you.

“We’ve even attempted to replicate the new phone’s main features! Our fruit phone is thinner, lighter, with a larger screen and with a fruitier flavour than previous iPhones!”

If you’re living in the UK or Ireland you can enter a competition on Top Fruit’s Facebook page to win one of the first iPhone 5’s when it’s released – which should be September 21 for the UK and September 28 for Ireland.