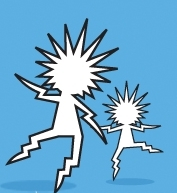 Luke Mullan was the first winner of the ESB Electric Ireland Electric Picnic #sharetheenergy treasure hunt, which kicked off in Dublin today.

theSociable was there when the location was revealed today.  By the time we arrived at 1pm there were only one or two people in the Wilton Terrace area of Dublin but within minutes there were dozens of people running up and down Wilton Park.  Each had a smartphone in-hand into which they glared (as they ran), trying to uncover the latest clue that would win them the tickets to Electric Picnic. 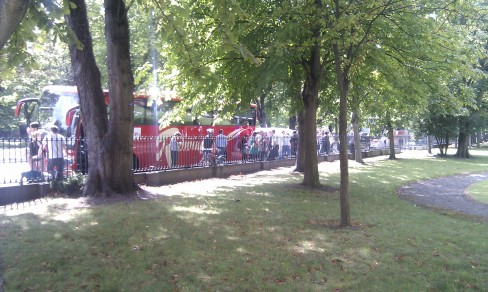 At about 1:30pm a white van pulled into Winton Terrace, beside Grand Canal, from Lad Lane.  As the desperate groups of participants ran in all directions, (some even ran after an ESB Networks van which happened to be in the area) a loud cheer was heard from the Canal side of Winton Park.  Everyone knew it was over, someone had won Monday’s prize.

We weren’t the only ones to get close, fellow bloggers, Culch.ie, got within a hair’s breadth of the tickets.

The competition has already been a huge success for ESB Electric Ireland; the company has added over 3,500 fans to its Facebook page alone in the past week and TrendsMap Dublin reported that #sharetheenergy was trending in the city by 9:43 am, less than an hour after the competition opened.

This is the third year that ESB Electric Ireland has sponsored the Electric Picnic music festival and this year the company’s theme is “Share the Energy.”  At the Picnic ESB Electric Ireland will be showcasing, “energy-creating see saws, merry-go-round and giant hamster wheel [that] will allow [festival goers] to set their inner child free while generating sustainable energy in the process.”

The competition runs until Friday 26 August and begins each day at 9am on ESB Electric Ireland’s Facebook page.  Happy hunting.