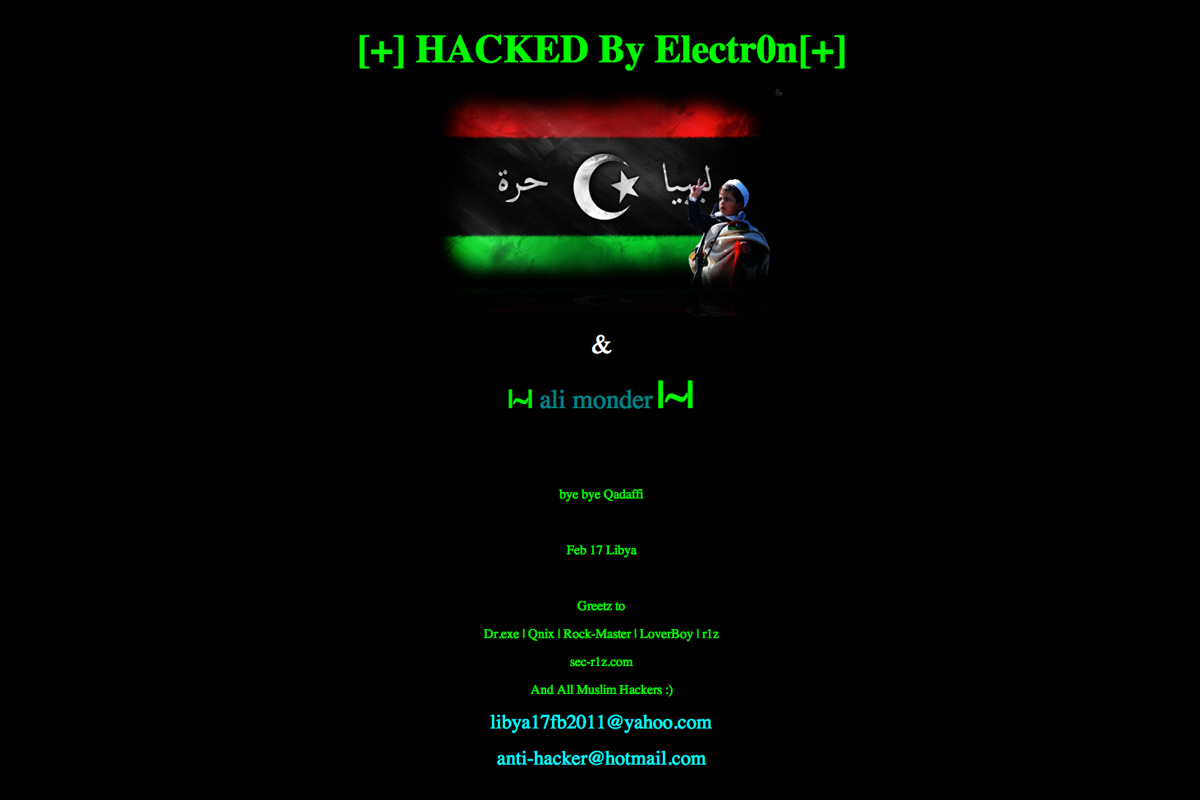 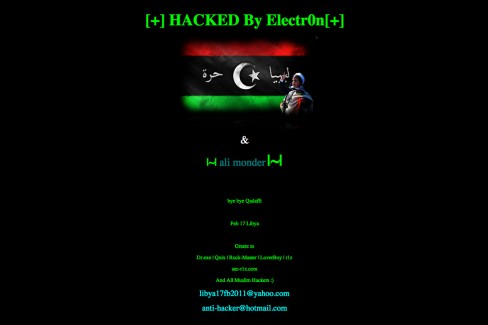 The website of Libya’s domain registry, nic.ly, has been hacked with a simple message stating “bye bye Qadaffi [sic]”. The hack is attributed to an individual known as ‘Electr0n’ and contains obvious anti-Muammar Gaddafi sentiment.

An image posted on the hacked front page hotlinks from libyaaljadidah.com, a website that appears to support the Libyan revolution.

The page also remarks the date “Feb 17 Libya”, in direct reference to what is understood as the “official” start to the Libyan uprising 186 days ago, but also marks the fifth anniversary of a peaceful demonstration in the capital Tripoli in which at least 12 people were killed by Libyan security forces.

Several popular URL shorteners, like bit.ly and ow.ly, use Libya’s TLD (top-level domain) but appear to be unaffected by this security breach.