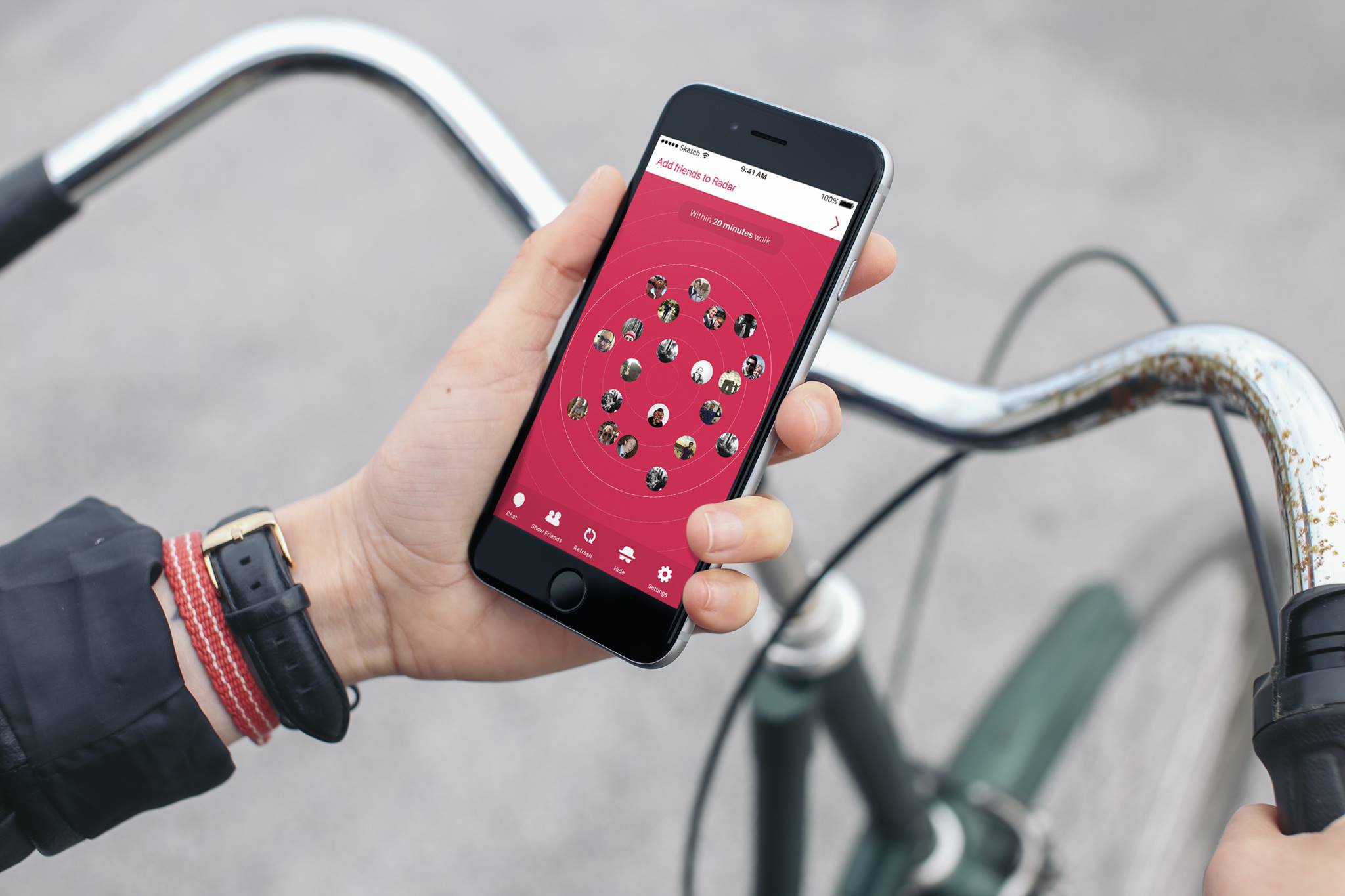 Sup app has launched its new social Hang Out feature, allowing users to simply tap a button to alert nearby friends that they are up for anything — a coffee date, a round of beer pong, or even a chilled out evening of Netflix.

Being lonely is boring, and while bumping into friends in person is the best, it just doesn’t happen often enough. With that in mind, the creative team behind Sup created a social hangout that shows you which friends are nearby so you can easily grab them for a catch up.

“We are social beings and as humans we hate missing out on catching up with friends when I find out they were just in the same place that I was,” says Sup’s founder Rich Pleeth, ex-marketer at Google and former GetTaxi CMO.

According to a 2015 Informate Mobile Intelligence report, Americans spend approximately 4.7 hours per day on their phones, adding up to a third of their week on the devices. Furthermore, Deloitte found that users in the UK tend to check their phones to chat with distant friends before chatting to adjacent ones.

Already extremely popular with over 50,000 student users and growing 60% every month, Sup allows direct messaging between nearby friends, the creation of exclusive friend groups, and even the discovery of fun nearby hangouts.

“One of the reasons Sup is so popular with students, for example, is its natural spontaneity,” said Pleeth, adding, “It works with how we are as people. They get bored of studying, turn on the app, see who’s on campus, and tap the Hang Out button to make these meetings happen just like that.”

For Pleeth, the app helps open up the doors to those spontaneous moments that make our friendships special. By making it easier to catch up with friends — something that should be simpler now with our increasing connectivity — Sup challenges the growing paradigm of social networks which only seem to be tying people down to their screens.

“With the new hangout button you can let your friends know where you are and what you’re up to, cutting out all the planning stuff and just going straight for the good bits of catching up,” said the founder.

Stressing the importance of actually physically catching up with real people instead of staring mindlessly at a screen all day, social hangout or otherwise, the Sup Founder added, “Social networks are great but they actually make you more anti social as you spend more time staring at screens instead of actually connecting you with your friends in the real world,” which is exactly what the new hangout aims to achieve.

Available for free on the iPhone and Apple Watch, Sup’s platform works like a friend radar, notifying users when a friend is within a 5, 15 or 25-minute walk of their location. The app’s new “Hang Out” feature makes it even easier for friends to connect with each other in person, when they are out and about, shopping, waiting for their next meeting or class.