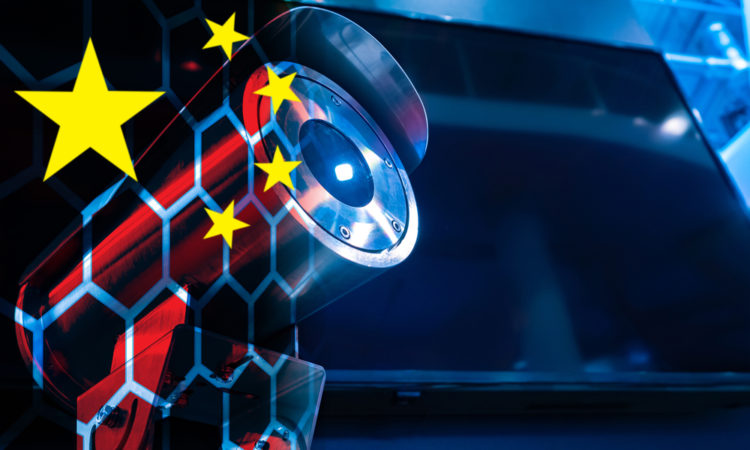 The technological arms race between the US and China is a competition to see which country’s values will become the global standards that govern its use — democratic vs communist.

Today, the Brookings Institution (BI) held a webinar on what the US-China tech race means for global technology infrastructures, which has massive geopolitical implications that revolve around threats to US interests.

Panelists identified five ways in which China was threatening technology infrastructures, some of which may come as a surprise.

Before getting into the details, here’s a quick summary of how China’s use of technology is a threat to geopolitical stability:

Let’s take a look now at those five threats in a little more detail.

The Race to 5G

Recently, the American government has been on a trans-continental courtship in trying to persuade countries from adopting Chinese telecoms company Huawei as part of their 5G rollouts.

The US State Department has repeatedly issued warnings that Huawei is a national security threat because it could potentially provide a back door for the Chinese Communist Party to gain access to sensitive and critical data.

“Whoever gets to this race to 5G at the end will essentially be the global leader when it comes to standards, security, device interoperability”

BI Fellow Nicol Turner-Lee, said in today’s panel that whomever gets to 5G dominance first will be the one to demonstrate global leadership on its use.

“Whoever gets there first has, I think, the biggest advantage, and that is standard setting,” said Turner-Lee.

“The challenge I see with China […] is whoever gets to this race to 5G at the end will essentially be the global leader when it comes to standards, security, device interoperability, and other functions that I think are at the heart of this network that we’re actually predicting known and unknown innovations of the future,” she added.

In March, James Lewis, Senior Vice President and Director of the Technology Policy Program at the Center for Strategic and International Studies, testified before the Senate Committee on Commerce, Science, and Transportation on the cause of the 5G problem with China.

“The root of the 5G problem is Chinese espionage and Chinese predatory economic practices,” Lewis testified.

“Chinese companies also face trust issues, since any Chinese-made device that connects to the internet could be exploited by Chinese intelligence agencies,” he added.

For years, the US has dominated global payments ever since the invention of the credit card over 50 years ago.

The US uses this same system as part of its foreign policy, but with just two fintech platforms China can circumvent America’s stronghold on the global payments system.

“When you control the payment network, you control a lot of other things,” said BI Fellow Aaron Klein in today’s webinar.

He explained that credit card companies and banks make money from card swipe fees, but that China’s fintechs are cutting out the middlemen.

“In China, merchants didn’t want to pay these small [swipe] fees, and the banks didn’t really aggressively, successfully figure out how to market this situation,” said Klein, and that allowed for two major fintechs to come into China, Alipay and WeChat Pay, which use QR codes.

QR codes let you scan the code and money is transferred from your digital wallet directly to the sellers — cutting out the middle man.

Klein added that the introduction of these two Chinese fintechs means, “No bank, no intermediary, no fee, and this system took off like a hockey stick — there are over 1 billion monthly users on each platform alone.”

“This is going to start to become one of the more dominant forms of global payments and that has tremendous ramifications for the banking system and for US foreign and domestic policy.”

If Chinese digital payment companies continue to spread in the US and other countries, there’s also potential for all that data and information to go to the Chinese Communist Party.

“The US has increasingly been using the payment system as a means of foreign policy. You anger America, we threaten to cut off your access,” said Klein.

“If you’re a country, you have to be able to process these [credit] cards in order to have your economy work. And because the processing goes through US systems, it gives us tremendous use. It gives us use in sanctions, in money laundering, but also as a tool in foreign policy,” he added.

China could skirt around all of this if enough countries and users adopted something like Alipay.

Computer chips are getting smaller and more advanced as time goes on, and these chips go into every weapons system.

Georgetown University research Fellow Carrick Flynn explained in today’s webinar that there are three layers of technology that have to do with computer chips.

“But, China basically doesn’t make any of the manufacturing equipment that actually goes into the fabs and actually makes the chips.

“What’s more important is the China probably can’t make this equipment,” he added.

This is an important distinction because China has to import chip manufacturing equipment. If those imports were cut off, it wouldn’t be able to make advanced chips.

“You need these chips to make supercomputers which design atomic weapons or hypersonic missiles. These chips are obviously essential to 5G, and to many of the technologies you need for ‘techno-authoritarianism,’ and anything at all to do with artificial intelligence.”

“If China can’t make its own state-of-the-art chips, they’ll have to import its chips from us [US].

“That means there’s an opportunity to use targeted export controls to deprive the Chinese State and other potentially bad actors from using these chips and developing these technologies.”

Flynn went on to say that US is already using targeted export controls on the computer chips themselves, but not on the manufacturing equipment that makes them.

That could be one way to slow down China’s chip manufacturing capabilities.

BI Senior Fellow Frank Rose sees some rather concerning developments on the space front coming from China. These developments could wreak havoc on US national security and military readiness.

“The development of China’s anti-satellite program, in my view, is of great concern to the United States,” said Rose, adding that China already demonstrated its A-SAT capabilities over a decade ago and that hundreds of pieces of space debris became trapped in Earth’s orbit.

“The Chinese have been watching how the United States and its allies fight wars since the early 1990s, and what they have determined is that outer space is critical to how the US projects power globally,” Rose explained.

“If you can deny the United States and its allies access to outer space, you can achieve significant military advantage here on Earth”

“The United States uses space assets to detect, track, and target potential adversaries. Therefore, these A-SAT weapons are designed to negate that US superiority or asymmetric advantage.

“As long as the United States and its allies are dependent on space systems to project power, China is going to continue to invest large amounts of resources in these anti-satellite capabilities,” he added.

If China were to take down US satellites, it would have a significant military advantage on earth, according to Rose.

“Space is critical to just about everything we do here on Earth. It facilitates global navigation like things through the global positioning system or GPS. It enables communications, allows the military to detect, track, and target adversaries. It helps us verify arms control.

“If you can deny the United States and its allies access to outer space, you can achieve significant military advantage here on Earth,” said Rose.

These countries use the surveillance technology as part of their policing platforms in major cities and urban areas.

But the real threat lie not just in the hardware — such as the cameras and drones — but how the data is collected and integrated.

“One of the things that struck us as politically most important was specifically how the technology was being used in policing and public security or public safety,” said Greitens.

“The policing platforms not only collect, but also integrate and analyze data”

“One of the core features that was so powerful about what China was exporting or providing to the world didn’t have to do with just the cameras and the hardware, but the capacity for data integration.”

“The policing platforms not only collect, but also integrate and analyze data,” she added.

But where will that data go? Will it go back to China? Will it stay within the local governments’ databases?

And how will that data be used? Present in over 80 countries, democratic and authoritarian alike, who’s to decide how pervasive surveillance technology will be and for what purposes?

As Greitens put it, “This is no longer a question about Chinese domestic technology and domestic surveillance, but what happens when you export that technology to a huge range of political systems around the world.”

China’s abuses of technology against its own people should serve as a warning as to how unethical use of tech could be justified by governments the world-over.