HomeTechnologyWhy the US is trying to block Huawei’s trans-continental courtship of allies over 5G: perspective
Technology

‘Huawei cannot be trusted to tell the truth or protect the interests of others’: US State Dept 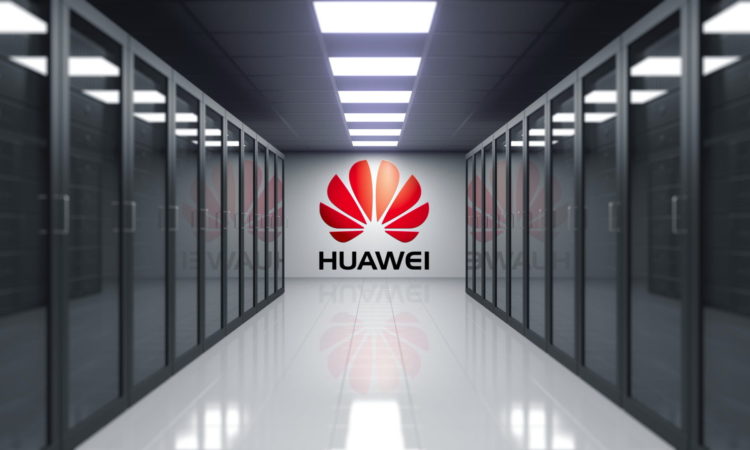 While Huawei is peddling its 5G network to foreign governments, the US government has been warning its allies that the Chinese tech company cannot be trusted and that China’s Communist regime would have untethered access to all of their data.

“Huawei is aggressively spreading misleading and false information about its technical capabilities, ownership, and legal obligations to the People’s Republic of China and Chinese Communist Party” — US State Department

The US is asking its allies to reject Huawei’s proposals to rollout 5G in their territories because the Chinese company poses a national security threat and has a “history of unethical and illegal behavior, including intellectual property theft,” according to the US State Department.

Despite America’s warnings, Huawei has been courting countries across the world in its quest to rollout its 5G network internationally where it has already received levels of success in places like South Africa and in India where it was granted a trial run.

As Huawei pitches 5G to the world, the US government is warning countries like Brazil, Germany, England, Canada, and others not to do business with the Chinese tech giant.

Under Chinese law the Communist government can access data from any company operating in China. This goes for both foreign and domestic companies.

“All companies—including foreign-owned companies—must arrange and manage their computer networks so that the Chinese government has access to every bit and byte of data that is stored on, transits over, or in any other way touches Chinese information infrastructure,” Heritage Foundation Senior Fellow Klon Kitchen testified in a Senate hearing last November.

According to the US State Department, “Nations must take action now to ensure their 5G networks will be safe” because:

Last month Secretary of State Mike Pompeo stated,”China’s National Intelligence Law makes clear that the Chinese Communist Party can force any 5G supplier headquartered in China to turn over data and take other actions in secret.”

“It’s critical that European countries not give control of their critical infrastructure to Chinese tech giants like Huawei, or ZTE,” he added.

Instead of choosing Huawei, the State Department suggests going with Ericsson (from Sweden), Nokia (from Finland), or Samsung (from South Korea), because they “offer excellent equipment at competitive costs and are not subject to the whims of authoritarian regimes.”

It’s like the US sees Huawei as a computer virus. The US has already installed its antivirus, but it wants to make sure its partners don’t get infected with malware that could infiltrate their firewalls and gain access to top secret defense systems and other intelligence that could be nefariously used by China’s authoritarian regime.

“Huawei cannot be trusted to tell the truth or protect the interests of others, and it should not be trusted with the vital security of 5G networks.”

“Ownership of Huawei is not transparent, and has a history of unethical and illegal behavior, including IP theft.” — US State Department

'China Has Database on Vulnerabilities of Millions of Americans' https://t.co/Exoim4xiyp

China has built an Orwellian system of mass surveillance and predictive policing.

Its goals are surveillance and control by creating “a system that covers every form of network activity in China: Internet, mobile phone, WeChat type social networks, cloud systems, domestic and international email,” according to the China Law Blog.

“To achieve those goals China is creating a system to achieve two ultimately contradictory objectives: the system will be closed against intrusion by “bad actors” (foreigners and internal dissidents), but completely transparent to the Ministry of Public Security and other internet security agencies of the PRC government and the CCP.”

“As China attempts to impart its authoritarian values on the United States, private industry and the US government must develop a set of solutions to push back”

Kara Frederick, Fellow at the Center for a New American Security, testified before a Senate committee in November.

There she said, “Effectively, any data on communications networks in China will be soon be subject to the Chinese Cybersecurity Bureau’s scrutiny, without requiring an official request. This ability to access more data from more sources lays the groundwork for its exploitation.”

“As China attempts to impart its authoritarian values on the United States, private industry and the US government must develop a set of solutions to push back,.”

Blocking ‘Made in China’ Tech

Already this year the US military has banned Beijing-owned TikTok for being a security risk.

And last week a Congressional report urged both lawmakers and the White House to control the sale of new and emerging technologies, including facial recognition systems, machine learning, and biometric and artificial intelligence technologies, by placing the Xinjiang Uyghur Autonomous Region government and security agencies on the US Department of Commerce’s “Entity List.”

Not only is China accused of siphoning American technology through legal and illegal means, but also abusing technology to commit “egregious human rights violations” that include predictive policing and DNA profiling of an entire ethnic minority — a million of which have been sent to “reeducation camps.”

China already has databases on the behavior, preferences, and vulnerabilities of hundreds of millions of Americans to use for intelligence purposes.

If Huawei were to get its way with 5G internationally, what consequences could there be if the data all went to the Communist regime?