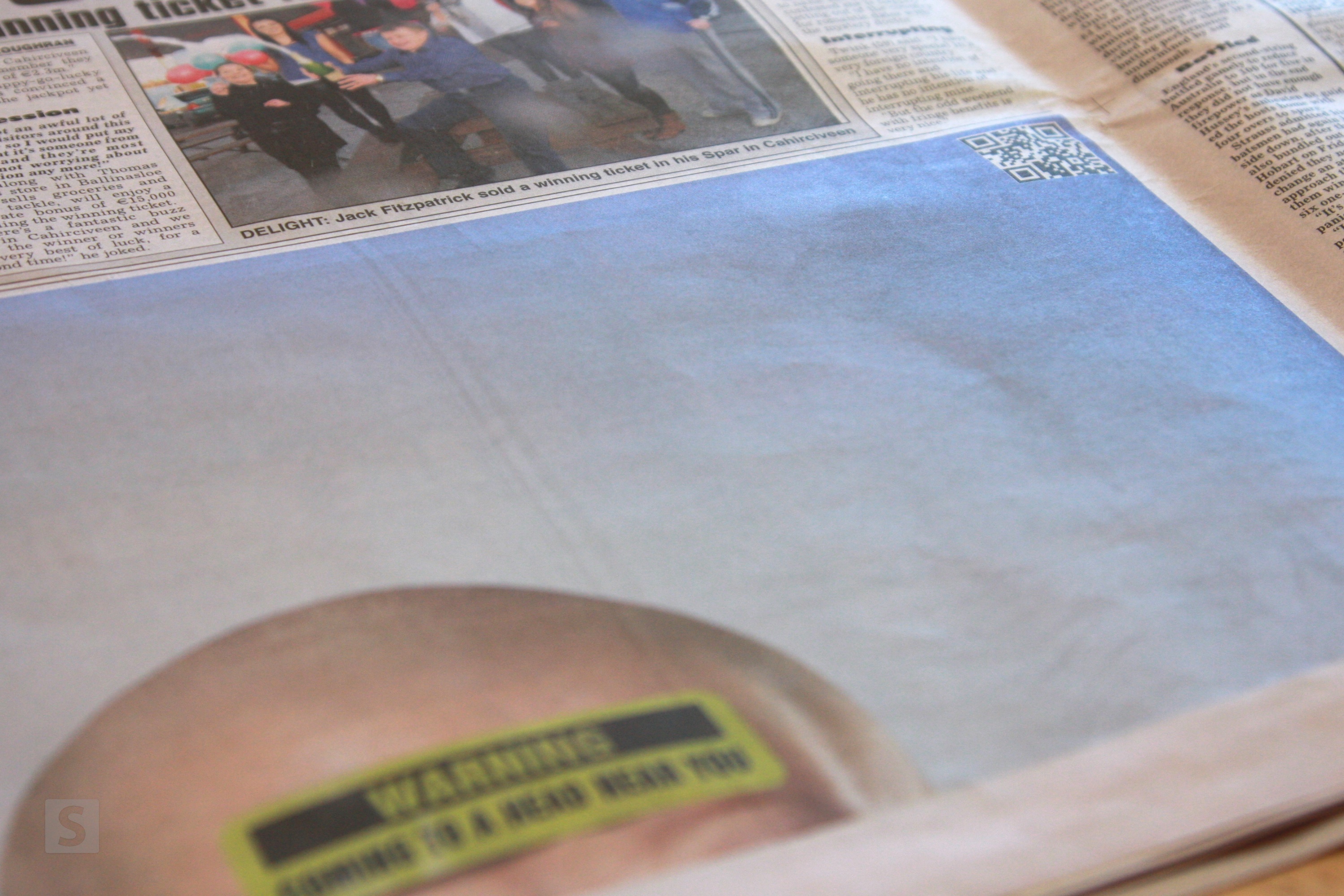 Although the editorial content of the Irish Daily Star isn’t particularly interesting in my opinion, one half-page advertisement on page fourteen of yesterday’s publication caught my attention. The advertisement contained nothing more than an image of one man’s bald head with a note saying “Warning: Coming to a head near you”, and cleverly a QR code placed neatly in the top-right-hand corner. So once again we ask the question – are QR codes popular enough to use in mainstream media?

To those of you that may be unaware of QR codes, they’re essentially simple barcodes that can be scanned using smartphones and a QR code reader application. Most codes exist solely as links to websites where the user can gain further information about a product or service. They’re simple yet very effective.

We covered a similar article back in September 2010 when we asked whether QR codes had gone mainstream as a result of an album advertisement featuring Linkin Park that contained a QR code. We also documented their use during the popular augmented reality game Copān across Dublin towards the end of last year.

Scanning the QR code in the Irish Daily Star advertisement using an application like QuickMark for Android brings you to a Today FM countdown webpage promoting their Shave or Dye 2011 campaign. The entire advertisement experience from print to mobile browser provides a nice convergence between old and new technologies.

While I heartedly support the use of QR codes, I do have some reservations on how they are used in this instance. The advertisement featured would not work without the viewer having prior knowledge of what a QR code is and how to use it. The purpose of the advertisement, unless you were already aware of the Today FM campaign, is not immediately apparent, and instead is hidden behind the QR code. The advertisement may be more effective if the QR code existed as an accompaniment rather than a prerequisite to the ad experience itself.

So are QR codes ready for widespread mainstream adoption? We’d love to hear your thoughts on the subject.

How two entrepreneurs saw a gap in the IoT market, and seized the opportunity: Interview