The rise of Artificial Intelligence in home automation 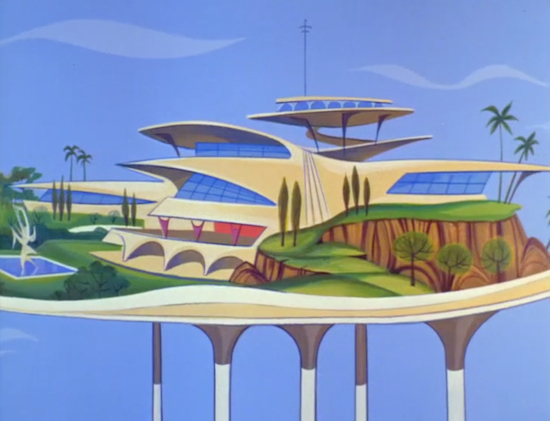 Home automation technology has long been a mainstay of fiction, but it’s quickly turning into reality and adorning millions of houses around the globe.

In past years, new innovations in Artificial Intelligence (AI) have centered around business purposes and research into competitive games, but now, the needs of homeowners are coming to the forefront.

Devices that communicate with each other sense their surroundings and make automatic adjustments that are delivering a level of comfort and customization that rivals those seen in The Jetsons.

Despite the growth of the home automation industry, compatibility between products from different manufacturers has been dicey at best. Apple debuted its HomeKit platform a few years ago to give companies a standard interface to work within, but adoption rates have lagged. This may change with the newest version of HomeKit, which comes with a single Home app for developers to integrate and users to enjoy. It allows for seamless control of multiple devices and features Apple’s trademark simplicity and ease of use.

Mark Zuckerberg of Facebook fame, has been working – in his spare time – on an artificial intelligence program to control his home automation. The Amazon Echo is already on the market and allows for voice control of various home appliances. What these creations have in common with Apple’s HomeKit is the fact that they allow users to access their whole inventory of gadgets from a single interface. What’s more, they contain functionality enabling them to make reasonable decisions about lighting levels, heating and cooling performance, and many other aspects of your smart home even when the owner isn’t present.

The Internet of Things (IoT) – a network of mundane objects that send and receive data to better their performance – is rapidly displacing the regular internet as the nexus of electronic communications. More accurately, it isn’t so much replacing the internet we all know and love as supplementing, but rather enhancing and building upon it to bring many of the advantages of the online space to our everyday living environments.

Business Insider projects that there will be more than 30 billion connected devices by 2020, up from just 10 billion in 2015. Many of these will be familiar objects, such as thermostats and light bulbs, that have connectivity features built in as a matter of course.

Key to the operation of many home automation solutions is the ability to understand human speech. This allows them to respond appropriately to voice commands. The problem of computerized voice recognition has bedeviled AI researchers for decades, but much progress has been made recently. While early versions of Apple’s Siri, Microsoft’s Cortana and Amazon’s Alexa virtual assistants were prone to laughable misunderstandings of conversational speech, every iteration of these software packages has been better than the last.

Facial recognition algorithms, too have advanced by leaps and bounds. This is quite important in the area of security. Video cameras that can distinguish members of the family from intruders and door locks that automatically activate whenever suspicious activity is detected make for safer homes. Some systems are even programmed to alert the authorities right away on the homeowner’s behalf whenever there has been an intrusion, fire or other emergency.

As market forces make ever-improving AI tech mainstream, these robust systems will find many more uses than just those in the home. Already, businesses are looking for ways to employ automated systems in managing corporate facilities, which provides savings in energy costs and payroll. Several automakers are working on driverless vehicles, in which the ability of computers to make intelligent, split-second decisions is vital for the safety of drivers and pedestrians.

The popularity of electronic devices in the home encourages the deployment of sophisticated AIs to manage them, and the appearance of these AIs makes future smarthome solutions more viable. This virtuous feedback loop has led to lower prices, an expansion of feature sets and more sales of cutting-edge equipment. Advanced machinery will be increasingly valuable going forward for the happiness of homeowners as well as the bottom-lines of business people.

Maricel Tabalba is a writer currently living in Chicago. In her free time, she likes exploring small neighborhood shops, researching the latest tech and going for bike rides. Maricel often writes about the latest technological advancements and eco-friendly tips.