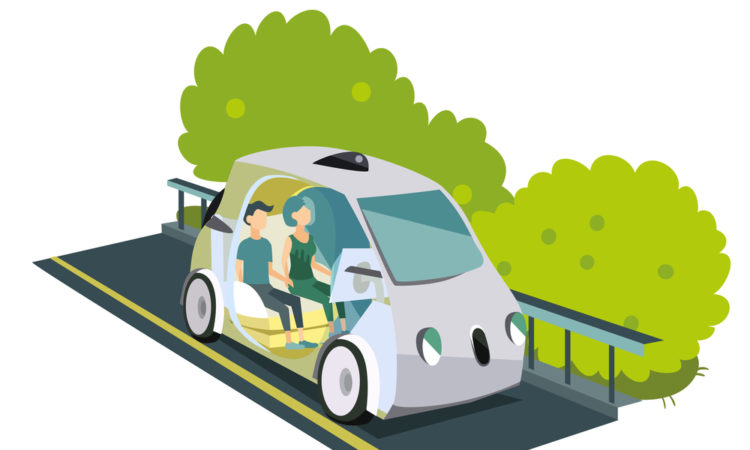 The president of the National Federation of the Blind calls on Congress to pass legislation that ensures equal access to autonomous vehicles in a House Committee on Energy and Commerce hearing.

If autonomous vehicles are to be truly self-driving without human assistance, why not design them to be more inclusive, so that the blind and people with other disabilities can empower themselves through this up-and-coming mode of mobility?

This is the testimony of Mark Riccobono, president of the National Federation of the Blind, who today called on Congress to promote equal access to driverless vehicles.

“Blind people recognize that autonomous vehicles provide an unprecedented opportunity to bring an entire class of people into the realm of driving — individuals who have not been part of the driving class ever before,” he said in his opening statement.

Before the House Subcommittee on Consumer Protection and Commerce of the Committee on Energy and Commerce on Tuesday Riccobono declared that not being able to see shouldn’t hinder anyone from “operating” an autonomous vehicle, and that the vehicles should be designed to accommodate people with disabilities.

In his written testimony, he asserted that “two items must be a part of any final legislation promoting autonomous vehicles.”

“Without these two requirements working in tandem, we could find ourselves in one of two ironic yet equally untenable scenarios,” he added in his written testimony.

“The blind could have unfettered access to autonomous vehicles via nondiscriminatory licensing practices, but are then unable to operate the vehicles due to inaccessible user interfaces,” Riccobono postulated.

Likewise, if autonomous vehicles were designed with the blind in mind, but if legislation isn’t passed to allow the blind to operate these vehicles, then what would be the point?

“In the other scenario, autonomous vehicles could be designed and manufactured ideally in terms of accessibility, yet many blind people are then unable to enjoy the fruits of such innovation due to discriminatory licensing mechanisms,” he testified.

Fully autonomous vehicles are still several years away from becoming completely self-driving and widely adopted on public roadways, according to the National Highway Traffic Safety Administration (NHTSA), which projects a timeline of somewhere beyond the year 2025.

For societal impact, autonomous vehicles could one day help reduce the number of fatalities on US roadways, where 94% of deaths are due to human error.

Driverless vehicles can open a world of possibilities for those who can’t operate the standard vehicles of today.

For example, there are 49 million Americans over age 65, and 53 million people have some form of disability.

“In many places across the country employment or independent living rests on the ability to drive. Automated vehicles could extend that kind of freedom to millions more,” according to the NHTSA.

So, autonomous vehicles are poised to help the elderly and people with disabilities; however, hurdles still remain, and those include safety and security.

A handful of people have already lost their lives in driverless vehicle-related crashes. For example, in March 2018 a pedestrian was struck and killed by a self-driving Uber vehicle — becoming the first pedestrian death associated with self-driving technology.

Once a high degree of safety is achieved, there is still the security threat, which already exists today. As vehicles become more “smart,” connected, automated the more vulnerable they are to hacking.

Bad actors could gain control over a vehicle and wreak havoc upon the highway.

The lists of pros and cons are immense. In today’s hearing, we saw a glimpse of how autonomous vehicles could benefit those with disabilities provided changes in legislation and vehicle design.

How the trucking industry is responding to driverless delivery disruption