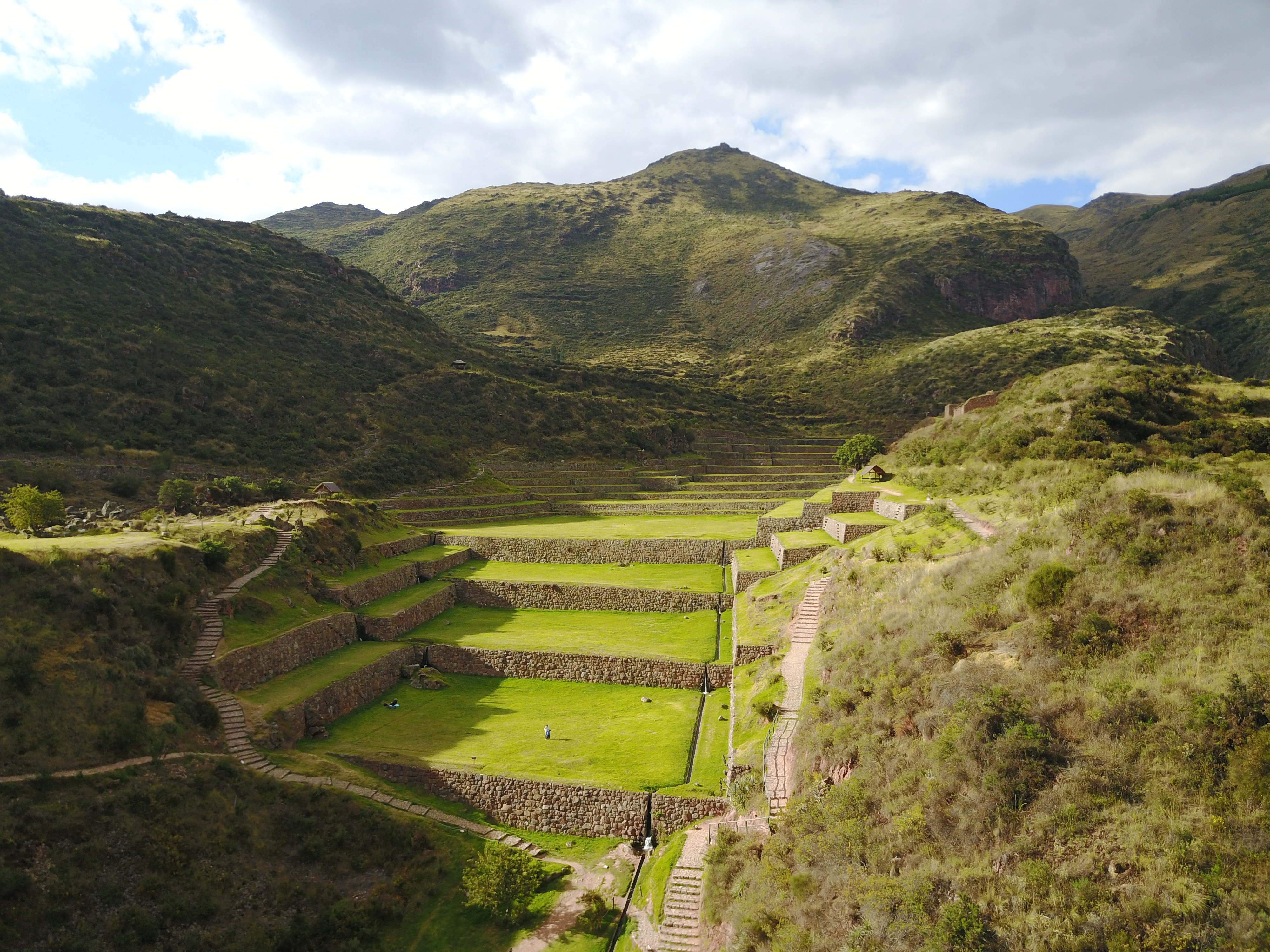 The enigma of Peru and the Sacred Valley has attracted visitors for centuries, but never before have these sites been captured so brilliantly than those by Brien Foerster’s Wiracocha Quadcopter.

I reached out to acclaimed researcher, author, and Founder of Hidden Inca Tours, Brien Foerster, to learn more about his Quadcopter, Wiracocha, that is taking social media by storm with its stunning visuals of ancient ruins, and how its unique perspective is bringing more awareness to some of Peru and Bolivia’s lesser-known sites.

For those of you not familiar with Mr. Foerster’s work, he is one of the leading researchers into lost, ancient technologies, and he is one of the few people pushing for DNA testing on elongated skulls that have been found throughout Peru and many other places in the world.

In a Skype call from Paracas, Peru where many of these elongated skulls have been found, Foerster fills me in on Wiracocha, and how the Quadcopter is capturing the imaginations of people the world-over with its amazing footage.

“What has the response been to Wiracocha?” I ask. “Do you think these shots will attract new visitors by giving them something they’ve never seen before?”

“Definitely, because it gives such an incredible perspective,” assures Foerster, adding “even people who have been to the sites on the ground are saying they love the unique points of view it brings.”

If the above video of the lesser-known “Little Qenqo” site in Peru is any indication of how popular his videos are, that one alone reached 14,000 views on YouTube in less than 24 hours. In fact you may have even seen some of these videos floating around on Facebook, but didn’t know that they came from Foerster.

But apart from taking really cool, high-res videos in 4K, what are some of the more profound insights that Wiracocha has to offer in terms of understanding history?

Evidence of a megalithic civilization pre-dating the Inca

Right now, the establishment in Peru holds that just about every ancient site where the Inca used to inhabit is attributed to having been built by the Inca, but Foerster doesn’t buy the official view, and for very good reason.

“They completely ignore the idea that there was anyone before the Inca doing megalithic work. How is a Bronze Age people supposed to do this type of work using only copper chisels?” questions Foerster, who has appeared on some 15 episodes of the History Channel’s Ancient Aliens series.

In his book, “Lost Ancient Technology of Peru and Bolivia,” Foerster points out the enormous scale and precision of stone-work at numerous sites, including the famous Sacsayhuaman just outside of Cuzco.

The largest stone at Sacsayhuaman “weighs upwards of 125 tons, and is almost 30 feet tall,” wrote Foerster, who provides convincing evidence that there was an advanced civilization before the Inca and whose megalithic work was “far earlier and more superior.”

The archaeological and academic establishments wish to attribute all megalithic work to the Inca using copper chisels to cut stone, but as Foerster points out, not belittling the great accomplishments of the Inca, “A careful look into the archaeological record clearly indicates that the tools found could not have shaped the stones, being of a hardness of 6 to 7 on the Mohs scale (10 being diamond).”

To learn more about these amazing theories, backed by hard evidence, Brien Foerster still has slots available for his next Hidden Inca Tour taking place November 19-30, in which you can learn, interact, and explore with the humble researcher himself, as well as with acclaimed best-selling author Robert Bauval.

Bauval came to international fame in the mid 90s when he made the spectacular astro-archaeological observation that the Giza Pyramids in Egypt were perfectly aligned with the three stars in the belt of Orion in 10,500 BC in his best-selling book “The Orion Mystery.”

“We do the Hidden Inca Tours for educational purposes,” says Foerster. “The tours cater to people who are not only intelligent but curious as well.”

If the addition of Bauval to the Hidden Inca Tour isn’t exciting enough, Foerster will be heading to Egypt in March, 2018 to do a tour alongside Andrew Collins, author of “Gobekli Tepe: Genesis of the Gods,” and expert in Khemitology Yousef Awyan, son of the late, great wisdom keeper Abd’el Hakim Awyan, who was mentor to author Stephen Mehler, another great researcher into ancient Khemit (the ancient Sufi name for Egypt meaning “The Black Land”).

Getting back to Wiracocha, the DJI Mavic Quadcopter named after the creator and teacher deity of the same name, Foerster tells me that many of the most well known sites like Machu Picchu do not allow drones to fly overhead.

This has led Foerster to seek out some of the more lesser-known sites to take his footage, and these sites, although not the most popular among tourists, hold incredible evidence of advanced technology of a lost civilization in the same vein that critically-acclaimed author Graham Hancock first postulated in his 1995 best-seller “Fingerprints of the Gods.”

The fact that Wiracocha is collapsible, easy to transport, and handles winds up to 30 mph, makes the Quadcopter perfectly suitable for the extremely high altitudes of the Peruvian Andes.

He does have a larger UAV, Pachacutec, but because of its bulk and limited specs, maneuvering became an issue as Foerster recalls one very close call.

With the battery just about to die, “I tried to do a big loop and it went behind a hill and disappeared,” said Mr. Foerster. “I shot it up into the air quickly and was able to make it back” — just in time to prevent a costly crash before the battery expired.

But Foerster assures that with Wiracocha, and its 7 km range, he’s never let it out of his sight.

If you ever get a chance to visit Peru, Brien Foerster is probably about the most knowledgeable gringo you will find. He has run Hidden Inca Tours for almost a decade now, and he has written about a dozen books covering Peru, Bolivia, Egypt, Hawaii, Easter Island, ancient technology, and elongated skulls.

His books, especially “Inca Footprints: Complete Guide to Cusco and the Sacred Valley of Peru,” were fundamental to me personally as a visitor to the region, and they inspired me to make the trek to South America and explore the areas he mentions that are not on the typical tours where people are herded like cattle from one ruin to the other, all on a hurried schedule.

Apart from the tours mentioned in this article, he has another one coming in Mexico from January 15-27, which you can check out on the Hidden Inca Tours website.

And of course, stay tuned to his YouTube channel for more stunning footage from Wiracocha.