‘It’s not that we don’t have the mechanisms to gather data, just that when it comes to making decisions, data is not a priority,’ says COO of data analytics startup’ 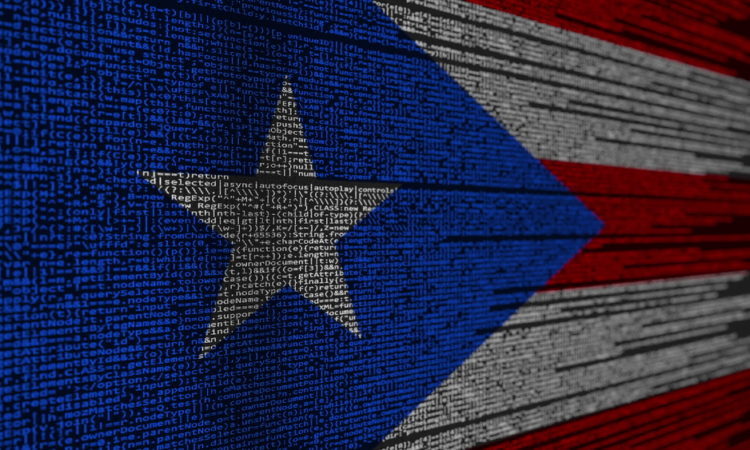 Puerto Rico has been in the grips of a financial crisis for over a decade, during which it has experienced a series of crippling natural disasters, and will now face particular economic challenges during the coronavirus pandemic, according to a new report by ABEXUS Analytics.

Having been tested to its limits during Hurricane Maria in 2017, and struck by a string of high-magnitude earthquakes at the end of last year and at the beginning of 2020, the island is not in a good financial position to deal with COVID-19 and its consequences.

“Information is the key antidote to uncertainty, but such information must be widespread, accessible and contextualized”

For this reason, Eduardo Burgos-Suazo, Chief Operating Officer of ABEXUS Analytics — the Puerto Rican startup using AI and machine learning to find trends in data, which was part of the Parallel 18 acceleration program — believes that basing government decisions on data is more important than ever.

But, he says, his territory has had a problem with relying on statistics and data to make decisions.

Data not a priority

“It’s been a problem for at least 30 years in Puerto Rico,” Burgos-Suazo told The Sociable.

“It’s not that we don’t have the mechanisms to gather data, just that when it comes to making decisions, data is not a priority,” he added, explaining that the information sources do exist, but they are just not centralized.

Instead, Burgos-Suazo explained, Puerto Rico’s decision-making strategy is largely based on subject matter and intuition rather than data.

Despite each crisis situation being different, a lack of scientific data-driven structure behind the government’s response to crises such as Hurricane Maria and the 2019 earthquakes was evident, he said.

If the government fails to measure the impact their policies are having through coherent data analysis, Burgos-Suazo explained, they risk having to start from scratch every time they have to update them or produce similar ones.

“It’s a waste of time,” he told The Sociable, explaining the importance of data-driven decisions, especially in times of crisis.

ABEXUS’ recent report analysing the economic impact that the COVID-19 will have on Puerto Rico estimates a potential drop in the country’s GNP of 1.7 to 4.1 percent, depending on the time-scenarios described in the study.

The report also outlines an estimated loss in the tourism sector — one of Puerto Rico’s main sources of income — of between almost $1 billion and $2.7 billion.

In response, the Puerto Rican government is pledging to impose a three-month embargo on mortgage payments, as well as other loan repayments, in addition to providing bonuses for medical staff and police. This is part of a $787 million financial package to fight the economic impacts of the coronavirus pandemic.

Despite the government’s swift actions, Burgos-Suazo insists that before the government made these decisions, they  should have put in place a system to measure its economic and social impact.

“What we see in the data is just the story of how a consumer interacts with a product, and in the public sector it’s just how a citizen interacts with public policy and the government,” he added. “If you can use that story and make decisions with it, then you’re probably going to make better decisions.”

Before data is collected, Burgos-Suazo recommends putting in place a standardized collection process for all data agencies, then normalizing the data (adjusting values measured on different scales), and finally sharing it and making it available to the public for their benefit.

“We cannot see sharing data as something that is going to be dangerous,” he said, explaining that it needs to be seen as something everyone can benefit from.

“Information is the key antidote to uncertainty, but such information must be widespread, accessible and contextualized.”