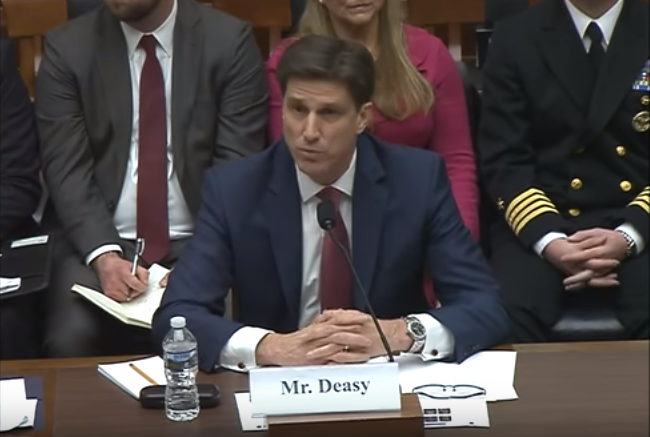 Department of Defense (DoD) CIO Dana Deasy speaks with lawmakers about how the DoD needs to adopt a startup mentality when looking at technologies like AI.

Deasy spoke before lawmakers on Tuesday, along with DARPA’s founding director and current Deputy Under Secretary of Defense for Research and Engineering, Dr. Lisa Porter, to address the DoD’s “Artificial Intelligence Structure, Investments, and Applications.”

“How do we move to a more startup mentality when looking at technologies like AI?”

The Defense Department’s Chief Intelligence Officer gave an outline on the newly-formed Joint Artificial Intelligence Center (JAIC) before the Committee on Armed Services.

JAIC is intended to enhance the ability for DoD components to execute new AI initiatives, experiment, and learn within a common framework.

Components will initially coordinate each AI initiative that totals more than $15 million annually with the JAIC in order to ensure that the DoD is creating Department-wide advantages.

However, the JAIC is looking to partners in the private sector as it can develop and deploy new technologies at a much faster rate than the government. Deasy remarked that the DoD suffers from a lack of startup mentality. 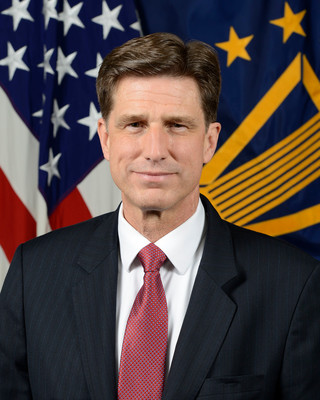 “One of the things we struggle with at the DoD and government is what I call a startup mentality,” said Deasy.

“I do believe there will need changes, and I believe it’s going to be how do we move to a more startup mentality when looking at technologies like AI,” he added.

Some of the ways in which the JAIC is looking to the private sector is through the funding research through DARPA and through establishing partnerships in academia.

“The way that JAIC is being established is going to be very much a hub-and-spoke model. There will be a physical entity that we’re creating in the Washington DC area, but we recognize that we’re going to need talents that are going to exist, for example, outside the academia environment,” said the DoD CIO.

“Part of our spoke model is we’ll be establishing locations next to academic environments. We’re actually in the process of selecting those right now where they will have certain skill sets,” added Deasy.

What does it take to be successful in AI, according to the DoD Chief Intelligence Officer?

“You need two things in AI to be sucessful — you need a maniacal focus on the here and now of operationalizing getting things up-and-running, […] but you also need an intense focus on where the future is going, where the science is going, and you need a place to take that science.

“In this case what DARPA develops, [you need to] bring it in, rapidly decide whether or not it can work. If it doesn’t work, move on; tell DARPA that’s the case, or if it is working and it just needs tweaking, then let’s do that.”

Deasy told lawmakers in his opening remarks that “the application of AI is rapidly changing a wide range of business and industries,”adding, “the 2018 National Defense strategy foresees that ongoing advances in AI will change society and ultimately the character of war.”

In order for JAIC to achieve its goal of swiftly introducing new capabilities and effectively experimenting with new operational concepts in support of the DoD’s warfighting missions and business functions, the JAIC memorandum from the DoD states it will do this by:

“Going forward JAIC will benefit from, and help bring into reality, recommendations of the National Security Commission on AI,” said Deasy.

“JAIC’s early projects serve a dual purpose — to deliver new capabilities to end-users as well as to incrementally develop the common foundation that is essential for scaling AI’s impact across the DoD. This means shared data, reusable tools, libraries, standards, and AI cloud and edge services that help jumpstart new projects.”

“Our enterprise approach for AI and enterprise cloud adoption via the DoD-wide cloud strategy are mutually reinforcing mutually dependent undertakings.” 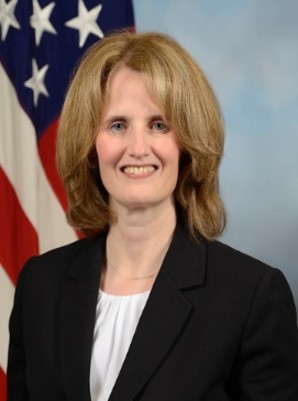 When asked if the US was falling behind on AI to countries like China, Dr. Porter, who also served as the Executive VP of the CIA’s funding arm In-Q-Tel, responded:

“I would say we are not behind right now. We are actually ahead; however, we are in danger of losing that leadership position, so your concern is certainly valid […] If you look at terms of our talent, particularly in our academic base, the United States, along with our partners in the UK and Canada in particular, are seen even by the Chinese as having quite a lead.

“DARPA in particular and also the NSF has been funding this field for decades, so we have built an extremely robust and deep bench in the disciplines that are required to advance this field,” she added.

Last week Joint Chiefs of Staff Chairman General Joe Dunford said that the US military’s competitive advantage in AI has been reduced over the past decade.

“We are clearly in a competition for competitive advantage, and without exaggeration I can tell you that our overall competitive advantage has reduced over the past 10 or 12 years. Ten or 12 years ago whoever was sitting in my seat could have said that we are uncontested in all domains, uncontested in our ability to project power when and where necessary. I can’t say that today.”