HomeTechnology‘The future’s gonna be weird’: Musk says memories could be downloaded into a new body or robot
Technology 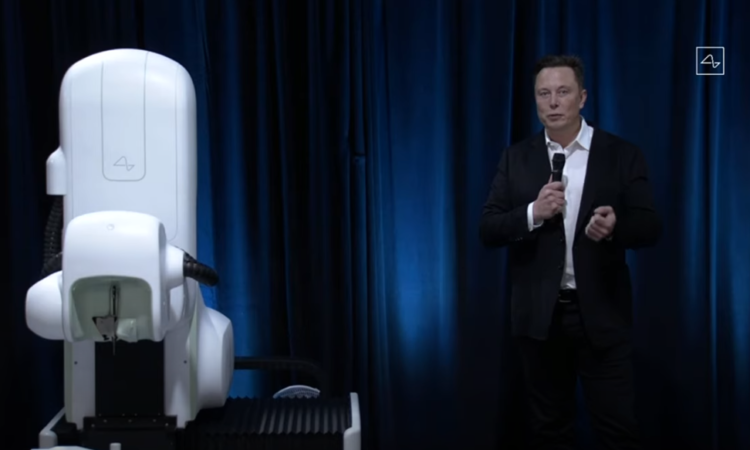 “The future’s gonna be weird,” said Elon Musk as he calmly described how Neuralink could one day allow people to save and replay memories that could be stored in a new body or a robot one.

“You could basically store your memories as a backup and restore the memories. Then ultimately, you could potentially download them into a new body or into a robot body” — Elon Musk

Millions have now seen Musk’s Neuralink demonstration on the three little pigs, and those who tuned-in for the Q&A that followed were told of a sci-fi-like future where the disabled could walk again, the blind could see, and memories could be downloaded, stored, and recalled between both human and machine.

“In the future, you will be able to save and replay memories,” said Musk at the 46:50 mark in the video above.

“This is obviously sounding increasingly like a Black Mirror episode […] but essentially if you have a whole brain interface, everything that’s encoded in memory, you could upload. You could basically store your memories as a backup and restore the memories.

“Then ultimately, you could potentially download them into a new body or into a robot body.

“The future’s gonna be weird,” he added.

While the technology has enormous potential to heal society in ways never imagined, this same technology could also lead to mass enslavement, mind control, and stolen identity.

And think of the national security issues if high-level government or military officials were to have their memories stored in a database and that database were somehow compromised.

“Come away, O human child!
To the waters and the wild
With a faery, hand in hand,
For the world’s more full of weeping
Than ye can understand”
— The Stolen Child, William Butler Yeats

When Musk said that memories could potentially be downloaded “into a new body or robot body,” it made me think about the potential to steal people’s identities like the changelings of European mythology.

Celtic folklore speaks of fairies that commit identity theft by abducting people and replacing them with one of their own — a changeling.

The changeling may look similar to the person abducted, but there are tell-tale signs that they are impostors, such as showing advanced intelligence or knowledge of things that they shouldn’t be privy to.

Now imagine that someone’s memories have been downloaded and stored either in another body or in a machine.

Shared memories could mean knowing the social security numbers, passwords, bank accounts, and medical history of others to steal or impersonate, as well as “re-living” any potentially embarrassing or unethical past behavior that could be used as blackmail to whomever possess those memories.

However, it all depends on who has access to the technology and their motives.

Fear is a natural human reaction to something that is new, powerful, and not understood.

We will most likely see breakthroughs where people’s livelihoods are restored by being able to walk, talk, see, hear, smell, taste, and feel again.

With brain-computer interfaces, the heart-breaking effects of cognitive diseases, dementia, Alzheimer’s, and others will also probably be a thing of the past.

So long as there are good, ethical people at the helm, safeguards will be put in place to prevent the more dystopian scenarios of stolen identities and national security threats.

Brain-computer interfaces may also one day allow us to record the memories of the greatest thinkers of our age to be preserved for future generations to learn from, exactly as they were, like using the magical Pensieve from the Harry Potter series.

When it comes to technology, it’s all about how you use it.