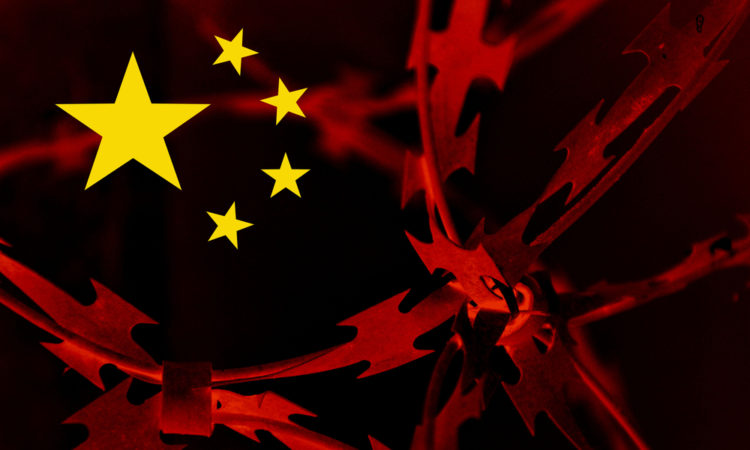 In China, there is no difference between commercial and military technology — they are one in the same, and China’s shady acquisition of foreign technology is being converted into tools for global oppression.

On September 1, the Pentagon released its 2020 report on “Military and Security Developments Involving the People’s Republic of China [PRC].”

The report highlights that China’s Military-Civilian Fusion (MCF) strategy makes no distinction “between the PRC’s civilian and military economies, raising due diligence costs for US and global entities that do not desire to contribute to the PRC’s military modernization.”

Here we take a look at China’s MCF goals outlined by the Department of Defense (DoD), and how the Chinese Communist Party (CCP) weaponizes the technology it acquires at home and abroad.

“The PRC’s long-term goal is to create an entirely self-reliant defense-industrial sector—fused with a strong civilian industrial and technology sector—that can meet the PLA’s needs for modern military capabilities,” according to the Pentagon’s 2020 report on China.

According to the report, “China continues to undermine the integrity of the US science and technology research enterprise through a variety of actions such as hidden diversions of research, resources, and intellectual property.”

There are many ways in which China “acquires” foreign technology, and we’ve covered most of them here on The Sociable.

According to the latest DoD report, “The PRC pursues many vectors to acquire foreign technologies, including both licit and illicit means. The PRC’s efforts include a range of practices and methods to acquire sensitive and dual-use technologies and military-grade equipment to advance its military modernization goals.”

According to the Pentagon, “The PRC leverages foreign investments, commercial joint ventures, mergers and acquisitions, and state-sponsored industrial and technical espionage, and the manipulation of export controls for the illicit diversion of dual-use technologies to increase the level of technologies and expertise available to support military research, development, and acquisition.”

Commercial entities doing business with Chinese firms are directly contributing to the Communist Party, which then uses the intellectual property and technology to bolster its Orwellian surveillance state at home while expanding its influence abroad.

Back in January, US Secretary of State Mike Pompeo told the Silicon Valley Leadership Group, “Under Chinese law Chinese companies and researchers MUST, I repeat — MUST — under penalty of law share technology with the Chinese military.”

Pompeo may have been a bit too late when he told the Silicon Valley leaders, “We need to make sure American technology doesn’t power a truly Orwellian surveillance state,” because it’s been happening for years.

According to the Pentagon’s latest report, “The United States has placed sanctions on specific Chinese firms for violating US sanctions against other states, stealing US intellectual property, having ties to the PLA in dual-use sectors, and providing surveillance technology to PRC authorities in Xinjiang.”

But China isn’t just stealing technology from all over the world to weaponize it at home; its plans are for long-term, global economic, industrial, and military domination.

The Chinese Communist Party has begun exporting technology to any leaders who are willing to turn a blind eye to the CCP’s antics.

“PRC technology companies are also expanding into overseas markets, in some cases by offering smart city technologies, a development that could increase their access to foreign talent and data,” according to the DoD report.

According to Senate testimony from US Deputy Secretary of State Stephen Biegun, “[China] exports technological know-how that can help authoritarian governments track, reward, and punish citizens through a system of digital surveillance.”

He added that the Chinese Communist Party’s predatory economic practices were “enabling the rule of autocrats and kleptocrats globally,” and that China’s authoritarian regime was using its technology to repress the Muslim Uyghur population while cracking down on all dissidents from Hong Kong to Xinjiang.

And of course, so-called autocrats who use China’s technology for oppressive purposes will be sending all the data back to the Communist Party, which will use that information to serve the country militarily and economically, with the overall goal of military dominance while maintaining the CCP’s grip on power.

“A key element of the PRC’s strategy is to provide political, technological, and economic support to those who are willing to turn a blind eye to the PRC’s lucrative deals at the expense of the citizens of developing nations, thereby enabling the rule of autocrats and kleptocrats globally,” Biegun testified.