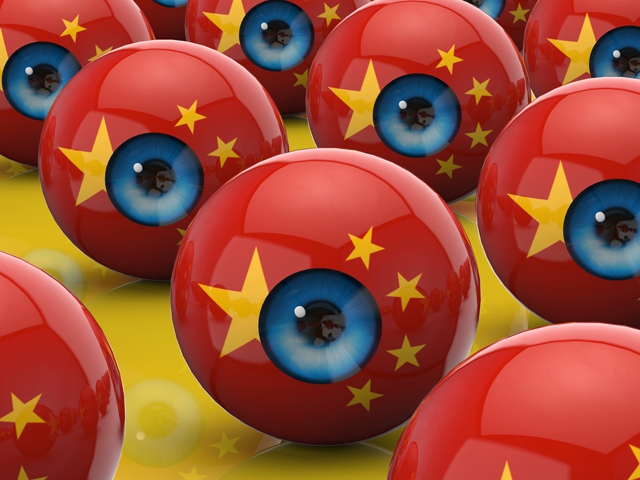 Deputy Secretary of State Stephen Biegun briefs the Senate Committee on Foreign Relations on the US government’s efforts to counter the spread of China’s digital authoritarianism.

China has long weaponized technology against its own citizens, and as the Chinese Communist Party’s influence seeps to other parts of the world, the US government is taking measures to stop the spread.

Last week, Deputy Secretary Biegun told the Senate Committee on Foreign Relations that the Communist Party’s predatory economic practices were “enabling the rule of autocrats and kleptocrats globally,” and that China’s authoritarian regime was using its technology to repress the Muslim Uyghur population while cracking down on all dissidents.

To counter the latter, Biegun explained that the US government was already taking steps to sanction Chinese companies who contribute to the repression of the Uyghurs. 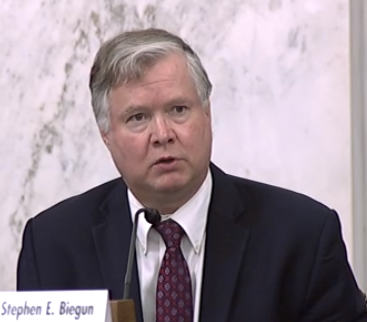 “One of the first and positive steps we’ve taken is in relation to Xinjiang, where Chinese companies who have in fact provided those tools to the Communist Party in order to be used to enforce the Chinese repression against the Uyghurs are now sanctioned under US law and are unable to do business with the United States or with United States companies,” said Biegun.

“We will continue to extend that kind of protection when we see these technologies used for repressive purposes, but it’s an important and worrisome area of technology, and one of many that we are having to grapple with in the world in which social media, telecom, and new technologies challenge freedoms around the world,” he added.

But the US is also worried about China peddling this Draconian use of tech abroad, with the deputy secretary of state testifying that countering China’s digital authoritarianism in other parts of the world is difficult because the technology the Communist regime sells can be used for either the benefit or suppression of societies.

“The same technologies that are being used to repress populations are also used in many countries in the world in order to conduct routine screening and security, and so it’s a very thorny and complicated issue to sort out the use issues,” said Biegun in last week’s hearing.

In his written testimony, Biegun laid out a few examples of where China’s surveillance technology was being rolled out by governments in other countries.

“The PRC exports technological know-how that can help authoritarian governments track, reward, and punish citizens through a system of digital surveillance,” he submitted.

“We have seen more than a dozen nations in Africa alone import Huawei’s AI surveillance technology that can reduce the cost and increase the efficiency of authoritarianism.

“A key element of the PRC’s strategy is to provide political, technological, and economic support to those who are willing to turn a blind eye to the PRC’s lucrative deals at the expense of the citizens of developing nations, thereby enabling the rule of autocrats and kleptocrats globally” — Stephen Biegun

“Moreover, we are carefully tracking a sweeping economic and security partnership between China and Iran that, if finalized and funded, could enable Iran to expand funding to its nuclear and military ambitions and malign activities in the Middle East region,” Biegun added.

Much of this is possible, according to the deputy secretary of state, because China will provide lucrative deals to anyone who looks the other way.

“A key element of the PRC’s strategy is to provide political, technological, and economic support to those who are willing to turn a blind eye to the PRC’s lucrative deals at the expense of the citizens of developing nations, thereby enabling the rule of autocrats and kleptocrats globally,” Biegun testified.

The deputy secretary of state submitted in his testimony several ways in which the government was acting to stop the spread of China’s digital authoritarianism, with an emphasis on collaboration and standardization with partners and allies.

Some key initiatives quoted verbatim from Biegun’s testimony include:

“An essential component of US policy towards the PRC is upholding the rights and freedoms the United States has always stood for, whether by exposing human rights abuses in Xinjiang and Tibet, fighting for press freedom, or supporting the rights of peaceful protesters and democratic institutions in Hong Kong,” Biegun testified.