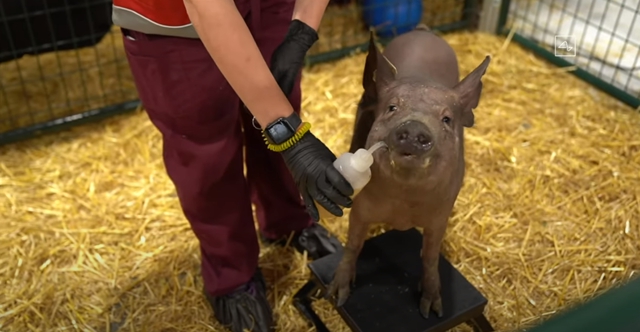 Last Friday, Musk gave a demonstration on the progress of Neuralink, three years and five months after the company was officially launched to merge humans with machines through a brain-computer interface known as a neural lace.

Crammed into about 70 minutes, Musk and the Neuralink team covered a wide variety of past, present, and future applications for the brain implant, such as restoring limb function, vision, and memory.

Here are some key takeaways from Musk’s Neuralink presentation, demonstration, and Q&A.

The event was a recruitment fair

Musk started his presentation by stating that the whole purpose of the event was to recruit people to work for Neuralink.

“The primary purpose of this demo is actually recruiting,” said Musk.

“We’re not trying to raise money or do anything else. The main focus of this is to convince great people to come work at Neuralink and help us bring the product to fruition, make it affordable and reliable, such that anyone who wants one, can have one,” he added.

Without any prior experience on brains required, Musk said that Neuralink will help train new recruits, and that one skillset that the company definitely needs is in building and shipping products like smart watches and medical devices.

While Musk has touted for years that humans will eventually have to merge with AI in order to remain relevant in the future, last Friday’s presentation made it very clear that Neuralink’s main objective at present is to solve important spine and brain problems.

“Even if somebody has a severed spine, they will be able to walk again” — Elon Musk

As brain and spine problems are issues of wiring in the body, Neuralink looks to remedy the following maladies with its implants that run on a Bluetooth, low-energy radio spectrum:

“I’m confident that long-term, it will be possible to restore somebody’s full body motion. So, even if somebody has a severed spine, they will be able to walk again,” said Musk.

Neuralink received FDA Breakthrough Designation in July, meaning the company is getting closer and closer to actually implanting humans, and the first trials will be used for treating people with spinal cord injuries.

“Our first clinical trial is aimed at people with paraplegia or tetraplegia, so cervical spinal cord injury. We plan to enroll a small number of patients to make sure the device is safe and that it works in that case,” said one Neuralink team member during the Q&A.

More than one implant can be used, removed, and upgraded

Musk demonstrated that the Neuralink implant could be inserted, removed, and upgraded without causing harm to the brain, at least as far as they’ve been able to detect in pigs.

The first little piggy paraded about during the demo, Joyce, had no implant.

The second little piggy, Gertrude, still had her implant in after two months and was hesitant to come out from the back of her pen at first.

The third little piggy, Dorothy, had an implant, but then had it removed.

“What Dorothy demonstrates is that you can put in the Neuralink, remove it, and be healthy, happy, and indistinguishable from a normal pig,” said Musk.

The Neuralink founder went on to describe how they had put two implants into one pig multiple times.

“We’ve been able to do dual-Neuralink implants in, I think, three pigs at this point, and we’ve been able to show that you can have multiple Neuralinks implanted — and again — healthy and happy and indistinguishable from a normal pig,” said Musk

Future will allow for people to upload and store their memories

Perhaps the most mind-blowing revelation to come from the entire presentation was that Neuralink could one day allow people to upload, store, and retrieve memories between bodies and devices.

“In the future, you will be able to save and replay memories,” said Musk.

“This is obviously sounding increasingly like a Black Mirror episode […] but essential if you have a whole brain interface, everything that’s encoded in memory, you could upload. You could basically store your memories as a backup and restore the memories.

“Then ultimately, you could potentially download them into a new body or into a robot body.

“The future’s gonna be weird,” he added.

The idea of uploading and sharing memories that can be accessed by other people or machines carries with it a host of ethical, safety, and privacy concerns beyond the scope of this article, but we’ve addressed some in the following story below.