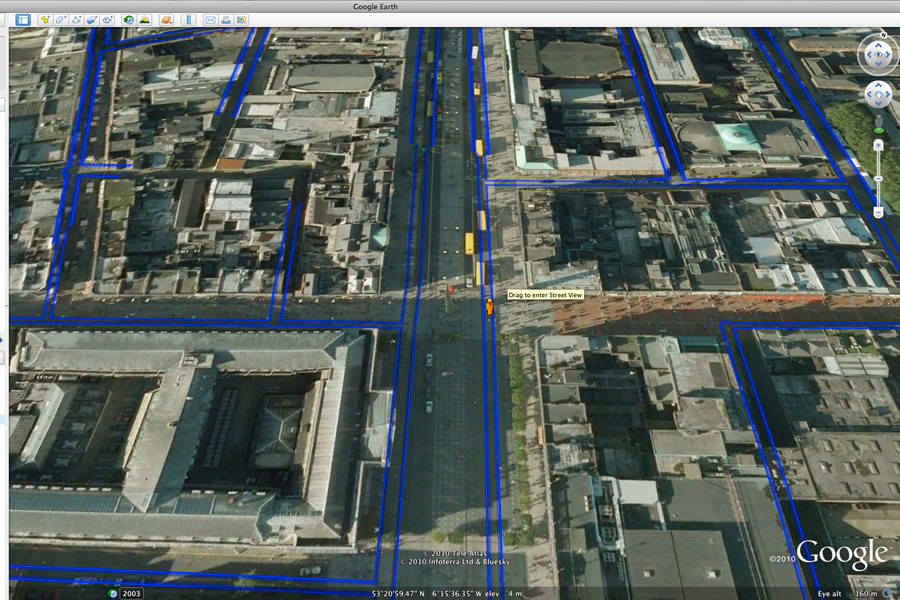 With integrated Street View, it’s now possible to zoom from outer space into Street View in one seamless flight. From an aerial view the Pegman can be placed on any blue highlighted street or road for the seamless flight to occur.

Viewing historical imagery is now even easier. When historical imagery is available the date of the oldest imagery will appear at the bottom left-hand corner of the screen. Clicking this date will load that particular imagery set. A range slider will also appear in the top-right-hand corner of the screen where you can select imagery from the range of dates available.

Google Earth 6 is still in beta so it can only be downloaded directly from the website, and not through the normal update process.