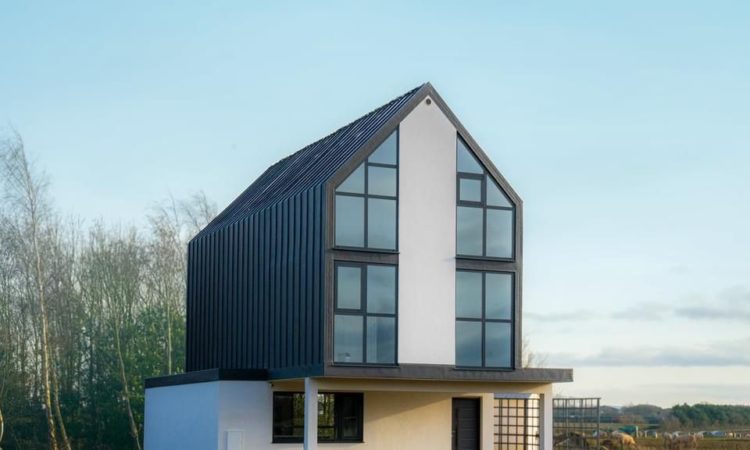 Taking a curve away from traditional practices in the world of real estate, CurveBlock is enabling the public to digitally own part of a major construction company and all its future profits “with as little as £10” while contributing to a greener future.

“Real estate development is the world’s largest asset class and has created more millionaires than any other asset class, but regular people, for the most part, have been locked out of it,” Joey Jones, co-founder and chief revenue and compliance officer, told The Sociable.

He says CurveBlock was founded in 2018 to democratize the industry—which is valued at over $280 trillion, represents more than 3.5 times the total global GDP, and is referred to by experts as “the most significant store of wealth.”

“The most similar thing to us is crowdfunding. But the difference is that in crowdfunding you as an investor have to choose which investments to invest in and you have to continually make that choice and continually reinvest in other projects to create a portfolio of projects,” he explained.

But CurveBlock has simplified that process and has created “a kind of fund model” that allows investors to own a piece of all of the developments instead of just one development at a time, Jones added. “This way you diversify your portfolio and risk with one investment.”

Another difference, in his view, is that crowdfunding requires the individual investor to understand real estate enough to be able to do the proper due diligence and to decide which project to invest in. “But on our platform, it’s not up to you to try to figure all that out as an investor.”

The CRO of the UK-based CurveBlock says sharing knowledge is one of their core values, having driven them to make a great amount of information on real estate investment available for free that is worth “thousands of pounds”.

Elaborating further on the difference between their model and crowdfunding, Jones said, “Most of the time in crowdfunding you’re actually lending money to the developer, not actually participating in the development itself.”

And his experience has shown that there have been a number of bad actors within the crowdfunding space—more from the developer side.

“What we have seen is that B or C-level developers are going on these platforms as they couldn’t get traditional financing. Those aren’t the kind of people you want to invest in. You want to invest in the people that the banks want to invest in,” he said, adding that their company complies with all legal requirements in all jurisdictions.

Another element that Jones believes makes CurveBlock, a London Founder Institute portfolio company, unique is that the rate of return is considerably higher than what a regular investment would be.

“When you buy a piece of land and develop it, your returns can be anywhere from 25 to 80-plus percent. We don’t take on any projects that are less than 25% and are splitting the profit equally with our community. So the returns can escalate fairly quickly if you’re investing in several projects a year.”

CurveBlock donates 5% of gross profits to CurveBlock Helps, its nonprofit organization. Shareholders vote on the recipients to receive assistance.

Asked how many projects they have invested in so far, Jones said, “Right now, we have about six projects in the pipeline with around £113 million pounds of gross development value. And we’re always looking at new projects and negotiating to bring more projects into the portfolio.”

The feedback, according to him, has been very positive, with 94% of surveyed investors having invested again or planning to invest again.

Jones also highlighted that their company is using the modular construction method, which is faster, more efficient, and more economical with resources.

He was referring to an approach also known as “off-site construction” or “prefabrication” that involves producing standardized components of a structure in an off-site factory and assembling them on-site.

“It’s a good construction method, and we’re coupling that with technologies that have been around for a while. We’re putting them all together. So we’re using air recovery units, heat pumps, solar systems, battery backups, and similar components to make all of the homes that we invest in carbon-zero and energy-positive.”

He says no fossil fuel is being used in the homes they build and their model home is currently generating about 250% more energy than it requires, which can be used either to sell back to the electricity provider or to power electric vehicles.

Jones himself owned an investment advisory firm, which he successfully exited and sold some years ago, and has a deep understanding of the challenges that investors may face in different phases of the process, especially when it comes to decision making.

“My focus in that business was always to try to help people understand what their options were so they could make good decisions for themselves. One of the things you find in real estate is that it’s a very legal process and because it’s so legal, it’s very opaque. It’s not very transparent.”

That is why CurveBlock decided to use the blockchain technology, said Jones, who has worked in the computing space for over a decade and holds a certificate of education in blockchain and digital equity.

“We wanted to be more transparent with what we’re doing. We register the properties that we buy on the blockchain and keep all those records there,” he explained, adding that their use of tokenization eliminates the middleman.

He clarified that they do not claim to be part of the crypto world. “That’s not what we’re doing. We’re not trying to create money or anything like that. We’re simply using the existing system to manage the process more efficiently.”

CurveBlock, which allows investments from anywhere in the world, describes itself as a “Centralized Exchange” that aims to be a recession-proof model.

As for their expansion plans, Jones said they have been in talks with the Canadian government about bringing their technology, both the fintech and the build side, to the North American country.

“Governments around the world are trying to figure out how to reduce their carbon emissions but don’t have a clear plan yet,” he said, adding that building homes that generate more energy than they consume and putting that energy into the grid is one of the most efficient ways to help solve the problem.

On the new trends and developments in the real estate market following the coronavirus, the co-founder of CurveBlock, which is focused on residential housing, said the pandemic and the ensuing shift to remote work has had a major impact on the commercial real estate market.

“While I think a lot of companies will still have corporate offices, I believe they will be smaller because of remote and hybrid work trends. What that means for us is that we need to be cognizant of the fact that people need space in their homes to work,” the Texas-based entrepreneur said, adding that the concept of home office has not been uncommon in the United States but was not prevalent in the UK prior to COVID-19.

Jones laments that the talk of being “green” has not translated into action from companies and governments around the world and argues that initiatives like CurveBlock can leave a considerable financial, social, environmental, and sustainable impact.

Helping people become energy-independent not only makes the communities more resistant to natural disasters or challenges such as the recent pandemic but also “can contribute to others that may not be doing what we’re doing,” he said.

“It is just the matter of getting this message out so that people understand there’s a way that we can have an impact. It helps us, and it helps those around us,” Jones added.