1871 will assume operation of the hub88 space and continue its emerging tech endeavors and offerings such as their tech talks, Drone Interest Group, and private 5G/LTE, carrier-grade communications lab. 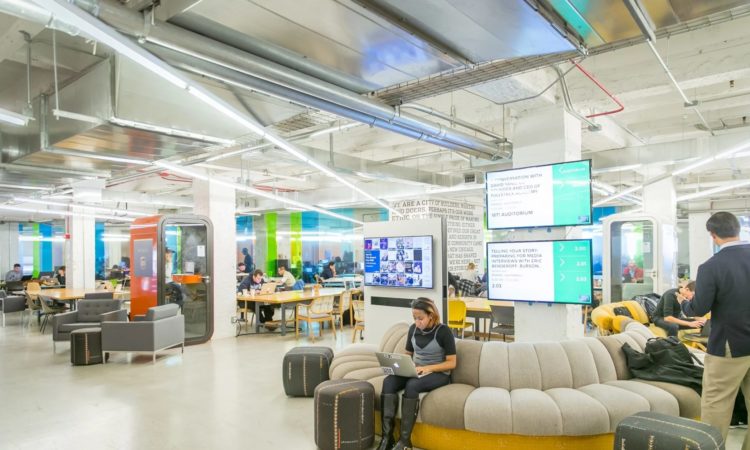 1871, Chicago’s technology hub and the world’s leading private business incubator, is expanding its footprint throughout Illinois following the recent acquisition of hub88, a tech accelerator who shares its vision of inspiring and supporting the next generation of innovators.

The integration of hub88’s intellectual property assets and programs into 1871 will further strengthen the latter’s support for members across the entire business maturity curve.

1871 has already made a significant impact on the Chicago tech community, being home to over 450 technology startups and more than 300 growth-stage companies.

Founded in 2012, the nonprofit organization has 350 mentors available to its members, alongside access to more than 100 partner corporations, universities, education programs, accelerators, venture funds, and others.

Over 650 alumni companies are currently still active, have created over 11,000 jobs, and have raised more than $1.65 billion in follow-on capital.

Even more impressive accomplishments seem to be on the horizon now that hub88 is a part of 1871.

Co-founded by Phillip Hofmann, President of the popular The Startup Magazine, and with a strong virtual presence and resources at Nokia’s campus in Naperville, hub88 empowers entrepreneurs and corporate intrapreneurs to discover and test emerging technologies and services, with a focus on innovative technologies like 5G and LTE networking and drones.

As a result of the acquisition, 1871 will assume operation of the hub88 space and continue its emerging tech endeavors and offerings such as their tech talks, Drone Interest Group, and private 5G/LTE, carrier-grade communications lab.

“1871 is guided by the understanding that important ideas come from every corner of the Chicagoland area,” Larry Eppley, chairman of 1871 and managing partner of Sheppard Mullin’s Chicago office, said in a press statement.

“hub88 has a history of bringing together talented tech leaders from Chicago’s western suburbs, and we’re signaling with this move our commitment that location will not be a barrier to accessing 1871’s wide network of support,” he added.

In integrating hub88 into the 1871 community, members will have the opportunity to access 1871 benefits both virtually and at the downtown Chicago and Naperville locations as well as the deeply technical expertise, programming, and capabilities hub88 offers.

The acquisition will also incorporate a keen specialty in emerging technology into 1871’s core operations and build upon recent moves.

Matthew O’Sullivan, chairman of the hub88 board of directors, said, “Our ecosystem of entrepreneurs, corporate innovators, and STEM educators will benefit from 1871’s internationally recognized programs and management team. 1871 will benefit from its expanded reach and relevance in the Illinois I-88 tech corridor and the hub88 Naperville location in the historic innovation center of Nokia/Bell Labs, along with the deep tech focus that it brings.”

Hub88 is the latest organization to join the 1871 family. The tech center acquired accelerator program Catapult in February and scooped up the Illinois Technology Association last year.