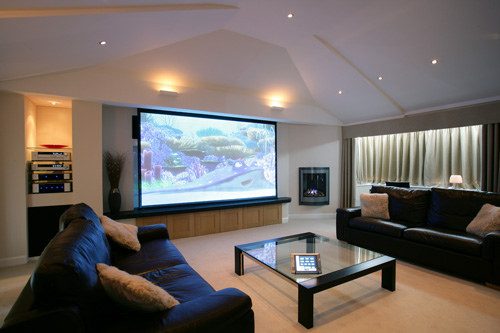 After WWII, there was a boom that occurred within the in-home technology industry. Soldiers returning from war took to the suburbs where the idea of “keeping up with the Joneses” thrived.

Everyone purchased brand new refrigerators and ovens to revolutionize their kitchens and they bought brand new cars as a status symbol to show off their new wealth.

In 2017, another boom is happening, and again for the common folk. You no longer need to live in luxury condos to afford futuristic technology. One of the current pieces of tech that is taking the world by storm is the Amazon’s Echo. The in-home voice activated personal assistant. According to the television advertisements, the Echo, known by the name of “Alexa”, can order you a six-pack of Coke or place an order to Pizza Hut.

This is a dream of many who dream of a simplistic life where robots are at our command. But Echo, or “Alexa”, isn’t the only product which has the ability to revolutionize our home and welcomes in our new robot overlords.

Here are some great pieces of tech you don’t want to miss.

The nest thermostat made its debut a few years back. I remember seeing videos from inside the start-up company when they were running tests with it by allowing employees to take it home for a few months. It’s now a product you can buy and install in your own home and has had much success.

Nest is currently on its third generation device, which promises to save you energy and money. Nest installs within a half hour and as soon as you start adjusting the temperature for the first time, it keeps track of the temperature and time of day, then begins to make a schedule of your preferences to automatically adjust for you. It even knows when you’re gone via cell phone GPS location and will put your home into “eco” mode to save energy.

And, of course, it comes with an app so you can keep track of in-home energy usage and more.

An Upgrade to Refrigerators

Gone are the days of the boring refrigerator that only keeps thing’s cold. If you’ve recently been into a BestBuy or any still standing Sears, you may have noticed that refrigerators seem to look a little odd these days. In fact, many are now fully equipped with all sorts of gadgets including LCD screens.

I remember the days when I sat and gawked at a fridge that came complete with an ice dispenser where I could get crushed ice. That seemed like the greatest of luxuries, but in today’s world, it pales in comparison. TV ads often show new refrigerator’s that you can even tap in order to see what’s inside without opening the door in order to save energy. These refrigerators cost quite a bit still and will quickly run you into the thousands of dollars with some costing as much as $5,000.

No longer do you have to worry about vacuuming your own home, as you can now buy a robot to do it for you, and as an added bonus, have something to scare the pets. One vacuum cleaner in particular, the Ecovacs ‘Deebot’ has smart technology that allows it to sneak around the home without bumping into anything or crashing itself down the stairs.

The Deebot even has capabilities to empty its own dust bin and comes complete with separate cleaning modes based on whether you have carpet or wood flooring. As an added note, there are also robots that will mow your yard, though these I imagine come with a bit heftier a price. I remember once visiting the residence of the Duke of Buccleuch and seeing one grazing his yard more effectively than cattle.

If you detest the blaring and ungodly gawking that comes from an alarm clock, whether from your phone or another sleep-hating device, then you can invest in a new type of alarm clock. The Sensorwake alarm clock wakes you up by scent rather than noise. It does this by using cartridges that carry different scents which last up to 30-days of use.

There are seven scents in total: seaside, croissant, espresso, toast, chocolate, grass, and peppermint. The cartridges are environmentally friendly and only cost a few dollars to buy a new one.

There may be no longer a need for bathroom signs that tell you to turn off the water while brushing with this new in-home faucet. The smart faucet promises to save you more than 15,000 gallons per year. It also promises to reduce germs because you do not need to touch the faucet to activate it, making it more hygienic than the traditional faucet. Plus, it has the added benefit of impressive any friends who come over.

When smart watches first came out, no one understand why they would want them because we already have cell phones. Why is there a need for another device? But the Dagadam SmartWatch may have solved that “issue” through innovation.

Dagadam is the world’s first round, touch-functional bezel smartwatch. Equipped with a speaker, microphone and vibration motor, this smartwatch boasts 8GB of internal memory and RAM of 512MB. It also has a fast-charging wireless charge system, and a battery that lasts up to three days. Partnered with Ticwear OS (Time In Control), Mobvoi’s in-house developed OS system, the Dagadam Smartwatch is also compatible with Android and iOS systems.

However, the watch can also allow you to control in-home gadgets through its Bluetooth technology, allowing for further smart home integration.

My personal favorite in-home tech for obvious reasons, takes the pain out of cooking. With the help of ultrasonic waves, this device will clean your dishes for you. If you’re a love of composting as well, you’ll get a kick out of this device because it converts your food waste into compost that you can use for plants. The gadget is quite small, which makes it portable and easy to move and store as well.

Smart home technology is one of the most exciting industries because there is constant innovation that has the power to simplify our lives in a number of ways. From the well-known Amazon Echo that acts as a personal (and incredibly affordable) personal assistant to the Eco Dish Cleaner that removes our obligation to dish duty.

Clay is a freelance writer who has a Bachelor's in Creative Writing and is currently earning his Master's degree in Journalism. He loves late night writing sessions with lots of tea and is perhaps a little too obsessed with Twitter.
view all posts