How DeFi startups are providing an alternative to traditional lending 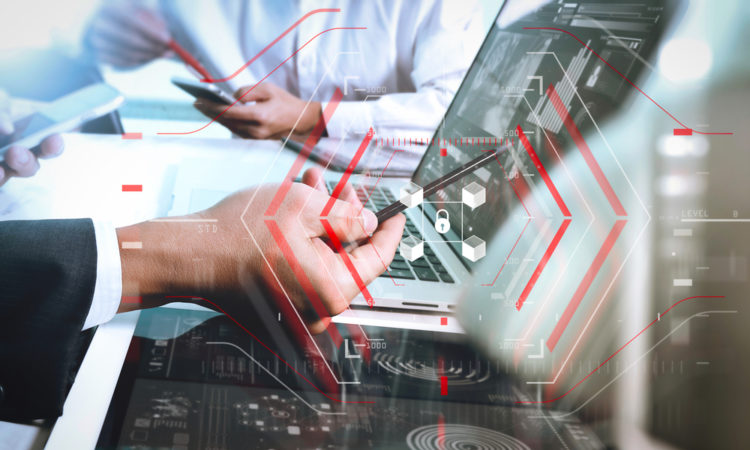 The continuing emergence of decentralized finance (DeFi) means that by the time your next car loan quest comes round, a bank may not be your only port of call.

Salt is one company which has been borne out of the cryptocurrency sector.  Through its platform, digital assets are kept as collateral but returned upon repayment of the loan.

It’s a way in which someone can leverage the value of their cryptocurrency investment, stay invested in it — yet get the opportunity to access FIAT money off the back of it.

The platform allows borrowers to access finance from a network of lenders. Anti-Money Laundering (AML) and Know Your Customer (KYC) processes are still necessary but otherwise, approvals are fast.

If the value of the crypto collateral nose-dives – destroying the agreed minimum loan to value ratio, then the borrower has the option of providing more collateral or making an additional principal payment.

All of the lenders on the platform are accredited investors as the loans are classed as securities.  Regulation continues to be an issue with blockchain-based enterprises given that US securities laws are dated and not accommodating as they were formulated the best part of seventy years ago.

There is a need for an update to regulation and to remove the bar on ordinary people from acting as lenders.  That would make platforms such as Salt far more open and inclusive.

ETHLend is another DeFi platform built on top of the Ethereum network.  It creates a means for lenders and borrowers from around the world to establish peer to peer lending agreements over blockchain.

Whilst similar to Salt, ETHLend is more decentralized in that its available to users worldwide.

Digital currency is provided as collateral, a smart contract acts as the de facto loan agreement, with all collateral forfeited in the event of the borrower breaching the terms of the smart contract.

Blockchain Catering to the Unbanked in Latin America

Ripio Credit Network (RCN) – works in principal – in the same manner as the other blockchain-based lending platforms.  However, it focuses on Latin America which has a high rate of unbanked people.

In line with cultural norms in Latin America, rather than use collateral, a co-signer is required instead.  This lessens the credit risk for the lender.  Cryptocurrency ownership is not mandatory — clients can buy the native token using FIAT currency.

A completely different approach is being taken by startup, WeTrust.  The blockchain driven platform focuses on assisting the unbanked.

When it comes to lending, users can establish a ‘lending circle’ on the platform.  This can include people in the users social circles.  All members contribute and finance each other on a rotating basis.

Pressing the Reset Button on Lending with DeFi

These are just a sampling of the innovative startups that are emerging in the space.  It’s early days and with that, there is a lot of real world market testing to be carried out to see what offerings fulfil real consumer needs.

However, it does seem likely that given the time required for complete product development, consumers will have real, credible and tangible alternatives to the current centralised banking system in decentralized finance in the immediate future.

Long before we had banks, loans were provided on a peer to peer basis. Trust was necessary to facilitate this.  Intermediaries – in other words, banks, were brought into the process in order to provide a level of protection and trust.

All of that has come with a trade off.  With burgeoning regulation and red tape, the procedure involved adds considerable complexity, meaning that it is far from customer friendly.

Oftentimes, the approval process can take an age.  Furthermore, all of this bureaucracy and process has to be paid for.  That means that ultimately, the customer pays, either through fees or the cost is accounted for in the finance rate offered.

A smart contract is written in computer code to digitally facilitate, verify or enforce a negotiation or performance of a contract. The levels of visibility of data on the blockchain can be permissioned to meet the needs of various stakeholders including auditors, regulators and investors – whilst allowing for the storage and secure transmission of sensitive data.

It’s not all plain sailing for the development of DeFi lending.  Establishing and verifying identities remains an issue.  This isn’t a stumbling block that’s exclusive to blockchain-based lending.  We all need a digital identity that we have full control of ourselves.

Projects like the open standards digital identity system that Microsoft are in the process of building on the Bitcoin network should solve this problem in the near future.

The legality of smart contracts has yet to be fully tested.  A global regulatory framework is required in this respect.  Legal systems vary from country to country and with that, the interpretation of smart contracts is likely to differ.  As is often the case, regulation is not in step with technological development and so there will be an adjustment needed in order to facilitate the full use of this DeFi based innovation.

One More Blockchain Use Case

Having established that banks have been a necessary evil in providing protection for consumers and establishing trust, it seems that there is an option available that wasn’t available way back then.  Blockchain deals with that inherent issue in terms of human interaction in that it is designed from the outset to be completely trust-less.

Through blockchain the ownership of an asset can be transferred from one party to the other without the need for an intermediary.

Additionally, there is no geographic constraint with lenders located globally.  Smart contracts facilitate lenders in validating transactions, authenticating counter-parties – as well as performing routine account administration tasks.  This all makes the process faster and more efficient.

The need for background checks or ratings is minimized.  Public blockchain transactions are open and can be analyzed in detail – identifying any suspicious or unusual activity.