Nanotechnology and its potential impact on water purification methods 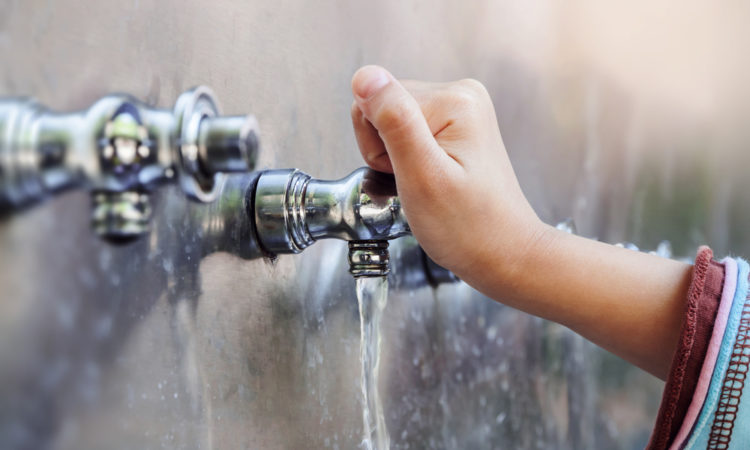 Many people take their access to water for granted. They turn on the faucet and get clean water in seconds, usually not thinking about the people who do not have such resources.

In many parts of the world, individuals have access to water, but it’s unclean. Then, as people consume that water for hydration, the consequences could be illness or death.

Statistics from the Centers for Disease Control and Prevention (CDC) indicate that unsafe drinking water, inadequate access to water for hygiene purposes and a lack of sanitation access collectively account for about 88% of diarrheal disease fatalities.

Even the less-severe cases of diarrhea or related issues can require kids to take time off from school or for adults to miss days of work, both of which could cause substantial disruptions.

Moreover, the CDC reports that 780 million people globally don’t have so-called improved water sources available to them. Those should provide access to clean, safe water but don’t in every case.

Addressing the lack of clean water will not be easy. Sometimes, the issue is an infrastructural matter at heart, with communities lacking the infrastructure upgrades necessary for maintaining clean water. This problem prevails despite a poll finding that 85% of Americans support increasing federal investments to rebuild the water infrastructure.

Nanotechnology is increasingly a feasible option for dealing with water purification needs. It involves controlling matter on the atomic and molecular scale.

Let’s look at some current and potential opportunities for applying nanotechnology to water purification and investigate how those possibilities could impact societies.

People have treated water with coagulants for centuries. The conventional process involves adding a substance such as aluminum sulfate to water, which causes large contaminants to group together and settle. However, this kind of coagulant-based purification does not get rid of smaller contaminants, and it requires going through multiple treatment processes to make the water safe.

Scientists improved on the traditional method of using coagulants through getting inspiration from the Actinia sea creature, which grabs prey with tentacles. They designed a nanocoagulant that captures both large and small contaminants in water, including many not taken away by other methods.

Since this is a single-step process, researchers believe it could be a cost-effective way to bring clean water to more people. Moreover, the researchers confirmed that the nancoagulant takes out nitrate, a cause of the often-fatal disease called “blue baby syndrome.”

Eliminating Metal and Oils From Water Faster Than Before

Practical water purification requires getting the job done quickly, but not so fast that quality control goes down. Scientists developed a new nanofilter that they say cleans water more than 100 times more efficiently than current methods. The team demonstrated how the filter tackles lead and oil-contaminated water in the lab.

However, they feel confident that the possible applications span far beyond those. For example, some of the components of the filter effectively purified water from things like phosphates and mercury in previous studies.

The technology utilizes nanostructures that grow on liquid metals. The group involved in its development says their achievement is scalable. In addition to the benefit of extreme efficiently, this possibility could be cheap to produce.

If all those characteristics remain once the filter becomes commercialized, the product will give new, low-cost ways to make water drinkable, potentially bringing them to underserved populations.

Making water potable is exceptionally challenging without consistent access to electricity. However, scientists may have overcome that barrier with a solar-based nanotechnology method that depends on nanocellulose and graphene oxide to make a double-layered biofoam.

The researchers say the graphene oxide conducts heat and electricity during a process that evaporates dirty water and allows collecting purified water in exchange.

The scientists envisioned eventually creating huge sheets of their biofoam and bringing it to areas that require clean water and have ample sunlight.

In that instance, this purification method could work well in rural areas that do not have a reliable electrical infrastructure, or when such infrastructure gets damaged, such as after a storm.

Microplastics are a category of all types of plastic fragments less than five millimeters across. They can harm the environment by getting into waterways, and scientists are concerned that microplastics may harm humans who unknowingly eat them.

Scientists devised a way to one day apply nanotechnology to wastewater treatment and stop microplastics from getting into hydration sources.

The group mixed manganese with carbon used to make nanotubes. This approach broke down the microplastics, eventually turning them into water and carbon dioxide. The scientists eliminated about half of the microplastics this way, and think they could get rid of them all if they allowed the associated chemical reaction to happen for a more extended period.

Scientists are not yet sure of the long-term effects of microplastics on humans and the environment. But, this proactive method could avoid any catastrophes they might cause and make microplastic pollution less prevalent.

What’s Next for Nanotechnology and Water Purification?

Water purification methods that use nanotechnology seem poised for growth throughout the foreseeable future.

They could address known challenges and promote the greater good by improving access to clean and trustworthy water sources.

Although some of the efforts are in the early stages, any progress could facilitate valuable research.

Emily Folk is the creator of Conservation Folks and writes regularly on topics relating to sustainability and green technology.
view all posts