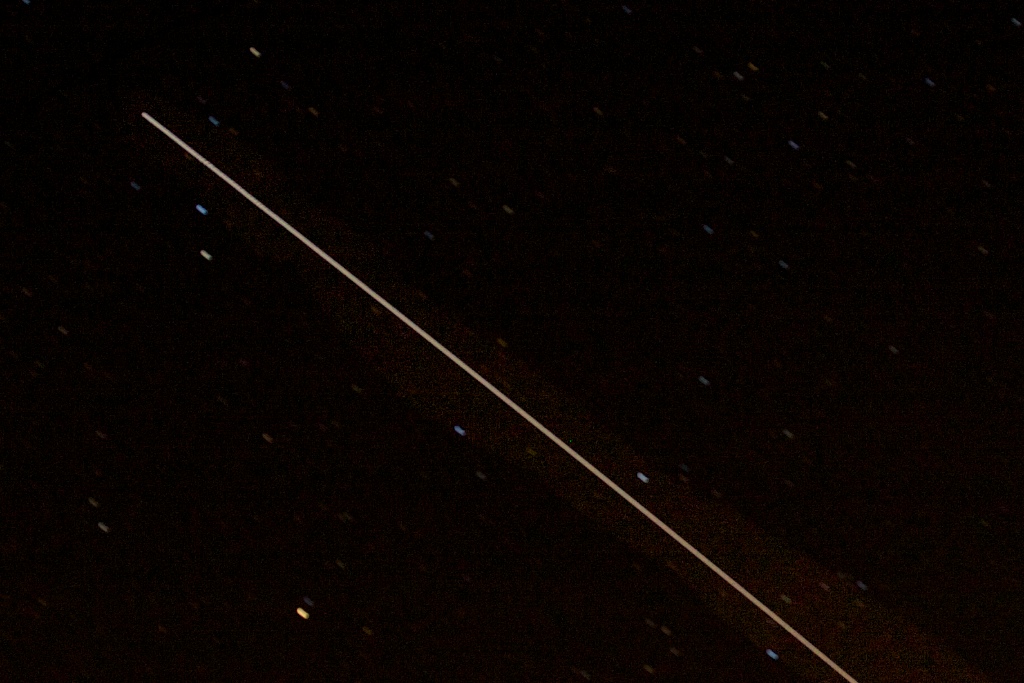 With clear skies forecast for this week across much of Ireland an excellent opportunity presents itself for amateur astronomers to catch a glimpse of the International Space Station as it orbits earth and passes over Ireland. One such sighting opportunity occurred at 19:53 this evening, and although slightly unprepared, I managed to capture this light trail as the space station hurtled past.

The images show the International Space Station, along with the space shuttle Discovery on its last ever mission, as seen from County Monaghan looking west towards County Tyrone between 19:53 and 19:54 tonight. The space station flew over the horizon from a westerly direction and disappeared three minutes later towards the south.

Future sighting opportunities can be found on Heavens-Above, with another potentially great sighting tomorrow at 20:21, again appearing from the west.