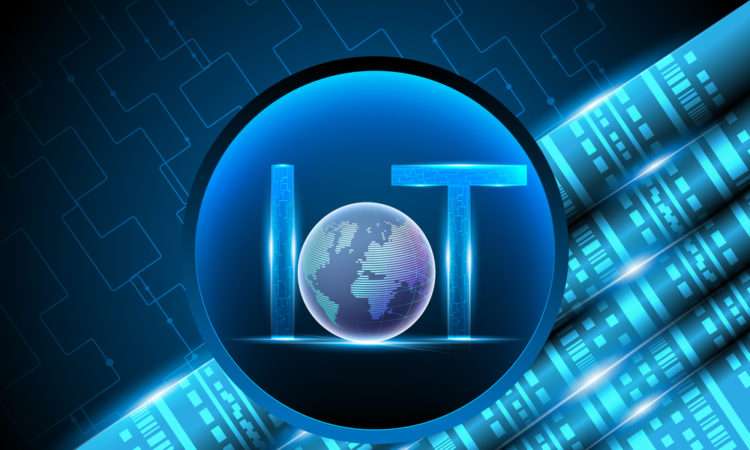 IOTA is set to become the standard protocol upon which the IoT economy runs, according to an IOTA Foundation supervisory board member.

The IOTA Foundation confirmed efforts are being made to achieve recognized standardization for the distributed ledger technology.

In a live streamed event, supervisory board member Dr. Richard Soley confirmed that IOTA would be recognized in terms of an official open standard for the protocol.

Distributed ledger and blockchain-based projects have come in for criticism for over-hyping such projects and oftentimes, despite the fundamentals being unsound to begin with.

IOTA doesn’t tend to engage in the blatant shilling of the project unlike many others and at the time of writing, it is ranked as 19th on CoinMarketCap, which lists projects according to their market capitalization.

“There will be a standard sometime late next year”

As Soley pointed out, industry adoption is the overall objective.

However, making the project open sourced and a recognized standard are stepping stones in order to arrive at that point.

In May of last year, Dr. Soley joined the Foundation as a supervisory board member. Soley’s background includes 30 years of involvement with one of the largest software standards organizations in the world, the Object Management Group (OMG), where he is currently the CEO.

Dr. Soley suggested that OMG recognized standardization of the protocol should be achieved by late 2020.

The IOTA Foundation is a Berlin-based not for profit organization that lies behind the development of the distributed ledger network, and it has already established itself as an open sourced project.

Dominik Schiener, Co-Founder of the IOTA Foundation, also spoke to the need for IOTA given a move towards further automation.  The protocol is designed with a machine to machine environment in mind.’

“If you don’t have standards, you can’t enable this inter-operability”

Schiener explained that for the first time since 1973, there is a net labor shortage.  He cited the supply chain sector where trucking companies have recently struggled to expand operations due to a shortage of truck drivers.

Equally, he cites the coming of the Internet of Things (IoT) and the need for a protocol to be integrated with it, so as to enable an inter-operable data economy.

With billions of such devices expected to be deployed over the next few years, a dependable means will be necessary to secure and verify the data collected, facilitate micro-payments between devices for such data and make it possible for such devices to act autonomously.

Schiener reinforced Soley’s point with regard to standardization.  He believes that we currently have a silo-ed economy.

“If you don’t have standards, you can’t enable this inter-operability. Different entities that ordinarily wouldn’t work together can be enabled to share data via distributed ledger technology.”

Infrastructure assets is an area that the project is focusing on with Simerman confirming that $1.7 trillion has been invested in this sector since 2010.  IOTA foresees a role it can play in smart city initiatives and to that end, the project is collaborating with the City of Austin in Texas, Taipei and others.

Smart city projects are still in their infancy and are as yet not clearly defined.  However, they implicate aspects such as e-health, mobility, energy and water infrastructure.

The use of IoT devices to monitor such systems could lead to very rich sources of data, which in turn could be enabled through a protocol like IOTA.  When properly utilized, such projects could lead to very advanced uses of infrastructure and resources.

IOTA differs from many other distributed ledger technology projects in that it is not a blockchain.  It’s based on a directed acyclic graph (DAG) data structure.

Unlike leading blockchain networks such as Bitcoin and Ethereum, there are no miners.  Users confirm two transactions through a method of topological ordering which makes the network scalable with no transaction fees.

The project has come in for criticism in terms of it not being decentralized.  However, research and development teams at the IOTA Foundation have mapped out a solution for this issue.  With that, it’s expected that this ‘coordicide’ solution will be implemented over the coming year.

One of the criticisms that distributed ledger technology projects have come in for is the fact that they often exist in isolation as concepts.

Although IOTA is as yet an incomplete solution, the project has put some focus on industry collaboration.  It has had strategic industrial collaborations in place with Volkswagen, Fujitsu and Bosch.

More recently, it has established a partnership with Jaguar Land Rover which explores the potential of including an IOTA-based ‘smart wallet’ in vehicles to enable a world of autonomous payments (for tolls, parking, etc.) and to receive payments for data.

Last month, the IOTA Foundation announced a collaboration with STMicroelectronics, Europe’s largest semiconductor chip maker.  Their working together has led to the chip manufacturer providing hardware/software integration for IOTA based solutions.

The potential for this project is enormous.  However, there are plenty of obstacles that it must overcome before it is a qualified contributor to Industry 4.0 and an IoT integrated data economy.

Time will tell for IOTA but the fundamentals seem strong even if it is still at this embryonic stage.