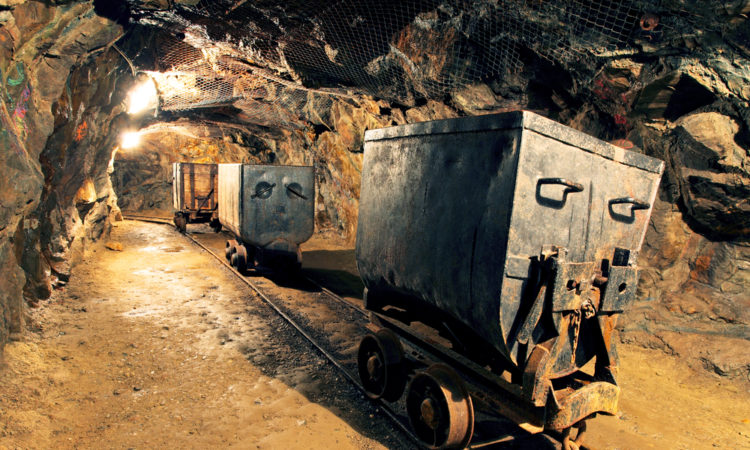 As a company that requires Earth’s minerals for its tech, Tesla is voicing concerns over the shortage of battery minerals, such as cobalt, lithium and copper.

For the last couple of decades, the copper industry has been unproductive and has been suffering from underinvestment. Technology, however, is changing that.

Mine entities are now starting new mines, while restoring older sites to meet the increasing demand. Australia and the US signed a deal last year for a joint research and development of minerals that are considered important for the US economy.

The demand for copper is going sky high not just because of electric vehicles (EVs), but also because of modern IoT devices like Amazon Echo and other home assistants, which use high amounts of copper in production.

In addition, growing demand for high-tech devices like smart thermostats and wind turbines points to copper as the dominant material used in electrical components.

This has given rise to major copper miners like Chilean producer Codelco and Rio Tinto Plc, who are investing largely in the red metal to be ready with supply for the next 20 years, according to Mining Global.

According to Reuters, Sarah Maryssael, Tesla’s global supply manager for battery metals, when speaking to a closed-door Washington conference of miners, regulators, and lawmakers said that a ‘huge potential’ exists in partnering with mines in Australia or the US.

Copper is a key component in wiring and cabling, which makes it important for areas like electrical wiring, plumbing, communications technologies, and electronics. That is why copper demand is at times viewed as a benchmark for current and future health of the world’s economy.

Read More: From the mines to your mobile: the questionable lithium battery supply chain

Besides the restart of the Katanga mine in the Democratic Republic of Congo (DRC), no major new copper mine capacity was brought on stream in 2018. However, 2019 is seeing additional output from the new Cobre de Panama mine and the expansion of Toquepala mine

The commissioning of a few small or medium mines is expected to be balanced by a significant decline in Indonesian output and regulatory issues that will negatively impact output in Zambia. Currently, Zambian copper production is at about 800,000 tons, around 400,000 tons lower than the country projected for this period.

“Sustained growth in copper demand is expected to continue because copper is essential to economic activity and even more so to the modern technological society. Infrastructure development in major countries such as China and India and the global trend towards cleaner energy will continue to support copper demand,” the report says.

However, a slowdown is also expected in 2019 and 2020 on world refined copper usage growth because of the adverse impact of world economic growth.

China is expected to remain the biggest contributor to world growth in copper usage. The outlook for the EU and Japan remains sluggish for 2019 and 2020 with demand in the United States continuing to rise this year but levelling off in 2020.

Industries like EV and the IoT are giving rise for the demand metals that make up lithium-ion batteries, especially for lithium and cobalt, two metals coveted for their unique properties. Lithium makes a battery rechargeable, and cobalt has a high energy density that boosts battery power.

The DRC is the source of 60% of the world’s cobalt, but the country faces problems of corruption, civil war, and child labor.

Australia is the first in global lithium producers. Lithium reserves are also located in high-altitude Andean deserts, underneath dried-out salt lakes in Argentina, Bolivia and Chile, also known as the ‘Lithium Triangle.’

Read More: Who will benefit from IoT disruption in home insurance?

Bolivia has the largest known reserve of lithium in the world, but so far, the country hasn’t been able to to export it. Chile and Argentina have been exporting lithium for decades.

According to McKinsey, the rise in EVs and need for EV batteries with higher energy density will see demand for lithium increase more than threefold by 2025, while cobalt will increase by 60% over the same period. This forecast also shows that lithium-ion battery tech will be prevalent in the future.

According to William Adams, head of research at Metal Bulletin, in the next 10 years, the compound annual growth rate for EVs is projected to be about 27%, but already growth rates are showing much higher numbers. China is showing a rise in EV sales by about 80% year-on-year. Europe is another rising market.

“Imagine what sales growth rates will be when battery-only EVs are cheaper than internal combustion engine vehicles,” he says.

“Battery cell requirements for EVs, passenger and commercial, are forecast to grow from around 70GWh in 2017, to 1,600GWh in 2030. For any supply chain to keep up with such a rate of growth for an extended period of time will be exhausting, but it will require the lithium and cobalt markets to grow from small markets to significant markets in double quick time,” he adds.

According to the International Copper Association, during the period from 2018 to 2030, global market growth for smart home systems will increase to 21% CAGR due to both demand and production increases for smart home appliances, including voice control, security, energy management, and entertainment products.

Another technology that will impact this industry is the Industrial Internet of Things (IIoT). While IIoT makes mining safer, more efficient, sustainable, and profitable, in turn, it will create demand for metals like copper and lithium.