HomeBusinessWho will benefit from IoT disruption in home insurance?
BusinessTechnology

Who will benefit from IoT disruption in home insurance? 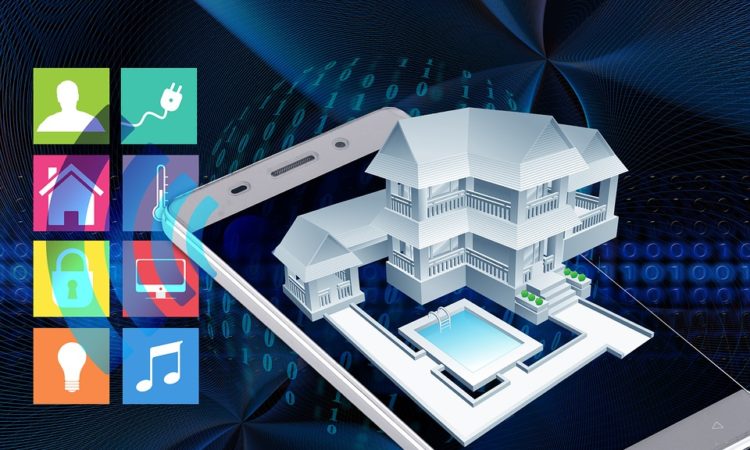 The Internet of Things (IoT) has shown much promise to disrupt many industries, but for home insurance, who will benefit most, customers or agencies?

What are IoT Devices?

The internet of things (IoT) is a network of devices.  Essentially, any device can be networked and thus, become part of the IoT – from a home alarm to a car to a light bulb.  Devices that may otherwise be regarded as dumb are bestowed with a certain level of digital intelligence.  Communication in real time is enabled without the need for direct human involvement, resulting in a merging of physical objects with the digital world.

According to Nabto, which provides a peer-to-peer (P2P) based platform to IoT devices, “IoT devices are pivotal to the next industrial revolution, as they can increase efficiency at every level of the supply chain. Whether providing real-time data on factory equipment to avoid malfunctions or transmitting data from client products directly back to the factory shop floor, IoT is providing a host of exciting opportunities for leading manufacturers.”

Recently, TechCrunch announced that Berlin-based insurance tech startup Wefox Group raised $125 million in Series B funding on the back of the company’s use of advanced data analytics in the insurance industry.  The startup is taking a different approach to risk through the use of IoT based data.

When it comes to home insurance, there has been little in the way of innovation in recent years.  However, at the consumer end of the IoT market, the use of home sensors is becoming popular.  Denver based tech startup, Notion, is one company which is playing its part in that strand of IoT innovation.  The effect of the application of that technology is filtering through to the property insurance sector.

The startup is partnering with more progressive insurers who recognize the value that this data can bring.  They understand that Notion is in a position to collect and analyze meta data which has the potential to allow them to interpret the risk that is being insured far more intimately.

Notion CEO, Brett Jurgens, maintains that the real opportunity for IoT is in loss reduction.  This becomes more powerful with mass adoption feeding in to more data, leading in turn to behavioral prediction and reduced risk.  As a consequence, the Notion CEO foresees a scenario whereby the installation of smart home devices may well become mandatory in order for a home owner to obtain home insurance coverage.

A network of household sensors could also be utilized to bring about improvements in customer service within the insurance industry.  Providers of those systems could relay data to insurance companies which would enable them to reward customers for good homeowner behavior.  Such instances would provide an opportunity for customer service to be improved through the creation of positive ‘touch points’ with the customer.

The Benefit for Consumers

There are a number of consequences of smart homes and smart insurance that should be beneficial for consumers.  The technology is going to enable a preventative approach instead of a reactionary approach to dealing with risk.  Sensors connected to water pipes for example, will facilitate homeowners in dealing with a water leak in real time, before it gets out of hand and causes costly damage.  It stands to reason that if insurers have lower costs, home owners will have lower premiums, not to mention, less stress and aggravation.

Personalisation of insurance polices will be enabled through the use of IoT data.  At the moment, risk assessment of home insurance policies is pretty blunt with very few parameters taken into account.  With an abundance of IoT data from home automation devices, insurers will have the ability to go deeper, thus reaching a far more accurate risk assessment which takes into account the differing risk behaviors of home occupants.  As part of this deeper trawl of relevant data, consumers may also have the opportunity to benefit monetarily from the provision of such data.

There should also be some upside for the policyholder if it leads to faster and relatively frictionless settlements.  Whilst it is accepted that insurers have to protect themselves against fraud, the current practice in long, drawn out settlement processes antagonizes home owners.  If IoT enabled data can be relied upon, it should result in much faster and less adversarial claims settlements.  The integrity of IoT data means that both parties can rely on evidence from a trusted source.  This could potentially provide for an automated payout system.

Intrusion in terms of personal data has been a theme with the advent of new technologies in recent years.  Social media is probably the first example that springs to mind in this context but there is also risk for consumers when it comes to data mined via smart home devices.

On a general level, home automation devices have come in for criticism recently has they have proven to be prone to hacking.  This is of some concern given that with mal-intent, such data can be sensitive and open to abuse.

Furthermore, there appears to be no end to the granular level at which IoT devices can supply data that betray our habits and practices.  At what level is it deemed inequitably invasive to use certain personal data?  Will insurance policy documents become inordinately complex such that if IoT data demonstrates a certain practice or behavior, the homeowner will be excluded from coverage?  As the use of the technology emerges, these are items that the industry — together with regulators — will have to address.

Twenty-four million smart home devices were sold in the U.S. in 2018, with an expectation of over 29 million in 2019 according to Statistica (paywall).  Whilst data has the potential for misuse, so long as equitable usage parameters are laid down, the upside outweighs the downside.  With that, it seems the home insurance industry is destined for an IoT-fueled digital transformation.

Disclosure: This article includes a client of an ESPACIO portfolio company