HomeBusinessWhat the devil is angel tax and how is it building economies?
Business

What the devil is angel tax and how is it building economies? 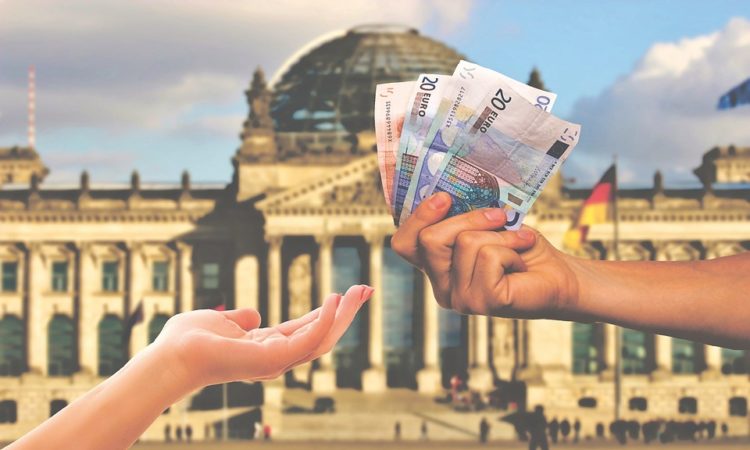 There is a reason investors investing in startups are called ‘angels’. The capital and the support that they empower startups with is a form of trust in the ability of the founders, which can go a long way for the ecosystem. Hence, angel taxes of a country are one of the most significant factors that attract investment in that country’s startup ecosystem.

The Indian government recently found itself in the eye of a storm when over 2,000 startups, which had raised capital since 2013, started receiving notices for angel tax, according to Quartz. Market valuations of most of these startups had decreased after the initial round of fundraising. Feeling unfairly taxed, startups and concerned organizations took up the issue on Twitter, which steadily caught on until the government eased up angel tax norms for some of them.

Angel investors are not just wealthy entities hungry for profits, they are also smart about their money, qualified to advise startups about management and contacts, and often do provide on-the-job assistance. Such characteristics separate them from regular investors, and they can be of great help in building job markets, knowledge economies, and overall economic strength.

The angel tax policy of a country can encourage or discourage investors from backing entrepreneurs. So, what is this angel tax and how does it impact the startup ecosystem of a country?

What is an Angel Tax?

Angel tax is the income tax that has to be paid on the capital that unlisted companies raise by issuing shares where the share price is seen in excess of the fair market value of the shares sold. This excess amount is treated as income and hence taxed. Confused?

A startup is legally responsible to pay angel tax when it gathers an equity infusion in excess of its fair valuation. Still iffy?

Let’s look at an example. Let’s assume a startup raises capital from five investors at $1,000 each. That means, it has raised $5,000. However, the startup’s fair value in the market does not exceed $2,000. That means the startup exceeds the fair value by $3,000. Since this amount is income above the fair value of the startup, it will be taxed. This tax is the angel tax. Better?

For those who are new to this, fair valuation of a company is the sale price agreed upon by a willing buyer and seller, assuming both parties enter the transaction freely and knowledgeably

30% angel tax is the most common amount charged in countries around the world. The regulations differ from ecosystem to ecosystem, which in turn, determines the health of that very ecosystem.

Why Call Them ‘Angels’?

Calling an investor an “angel” began when patrons of Broadway theater in the 1920s were called so, since they came to the financial rescue of theatrical productions on the verge of shutdown. The term made a reappearance when in 1978, William Wetzel, a professor at the University of New Hampshire and founder of its Center for Venture Research, conducted a study on how American entrepreneurs raised seed capital. Borrowing the term from Broadway, Wetzel described private individuals supporting entrepreneurs in need of capital as ‘angels’. The name stuck around.

The practice of charging angel tax came into being as a means of curbing money laundering, and funding of fake or shell startups.

Angel Tax Incentives Around the World

It goes without saying that business angel activity tends to get interesting wherever there are tax incentives. Eastern European countries are driving a strategy of economic development through a competitive tax policy seeking foreign investment in their countries. That is why their taxes are the lowest in Europe, particularly for individual tax rates.

In Western European countries, the general corporate rate on income lies between 25% and 30%. Only Belgium, France, Germany, Luxembourg (depending on municipality tax rate), Italy (including the regional rate) and Spain have tax on income equal to or above 30%. Ireland has one of the lowest tax rates with a corporate tax on income of 12.5% for trading income.

China’s preferential tax policies for startups and individual angel investors has been expanded since 2017, according to which, 70% of the total investment can be deducted from taxation two years after the investment for high-tech startups.

To motivate more individuals towards choosing entrepreneurship, Singapore’s tax exemption scheme for newly-registered startups has been in place since 2005. Qualified startups can enjoy up to around $150,000 tax exemption on its first three consecutive years of assessment (YAs).

Gaps in the System

Strong economies like the US have been built on angel investment, which is why its significance is immense. It is no wonder that public policy makers around the world have started paying attention to it by studying and implementing tax incentives. It is directly related to the supply of early stage venture capital in an economy.

However, designing angel tax policies can be challenging, and many initiatives often miss the mark. A study conducted on angel tax by two scholars from the Center for Interuniversity Research and Analysis on Organization (CIRANO) found that the most popular angel tax incentives such as upfront credit, capital gains deduction, and loss deductions, can have drawbacks. While analyzing the main programs devoted to business angels in the US, Europe, Asia, and Canada, the study found that policy makers around the world have not considered this risk.

The study observes that while initiatives in angel tax incentive policy making are supposed to target business angels, most are kept open to all informal investors, without considering whether they will even provide advice and guidance to startups.

Also, often, initiatives do not focus on quality high-growth entities, which are the catalysts for job creation and economic growth effects. For example, the Minnesota Angel Tax Credit can be applied online by foreigners, and qualified investors don’t have to be accredited.

Such gaps will ensure that the programs will attract numerous unqualified investors, who are just seeking tax relief. Allowing such investors to enter the ecosystem will then increase the stock’s valuation, decreasing the expected returns of business angels.

The Organisation for Economic Co-operation and Development (OECD) says that just giving lucrative incentives to high net worth individuals does not necessarily produce “angel” investors. While it might bring about an increase in the number of financial investors, it might not increase entities that provide expertise and contacts, apart from money, which might well be the difference between just an investor and an angel investor.

For a startup ecosystem to become and remain healthy, long-term planning with deeper thought can feed angel tax policies better. Hasty decisions can allow quality of investors to suffer. To that effect, well regulated and thoughtful angel tax rebates can truly give entrepreneurs the wings the need to soar high.