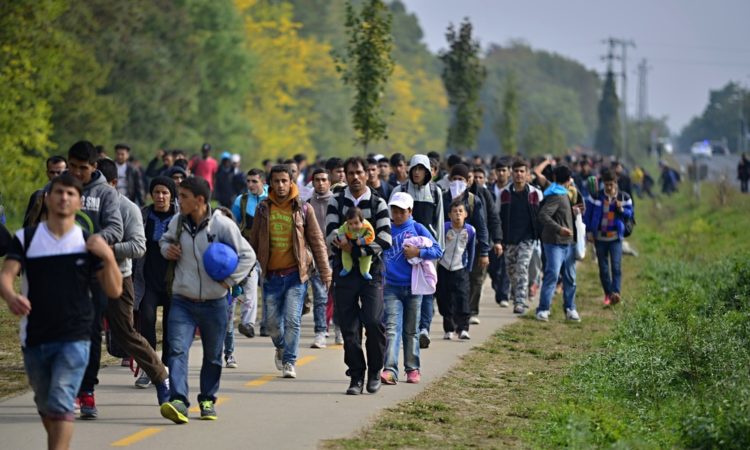 Investors realize that betting on refugees is smart business because refugees can make for incredible entrepreneurs who solve unique problems that arise from crises.

Refugee lens investing is fast becoming a phenomenon, one that has been around awhile but is finally being recognized.

First, investors can give back to the world by partnering with humanitarian organizations.

Secondly, and perhaps more importantly for the investors, they can see a profit from their investments in refugees.

“There are no guaranteed profits in investing, so it is hard to predict how much investors will make. However, many investors have made billions off of investing in people who were refugees,” says Allec.

Citing the example of WhatsApp founder and Ukrainian refugee Jan Koum who built and sold his company to Facebook for $19 billion, Allec says, “While we may never know if Jan’s investors invested because he was a refugee, we do know that they made billions on that deal.”

“As many refugees have been forced to develop such skills due to their own economic hardship, investors have long known refugees to have decent odds of success in business”

While it’s hard to pin point when the practice of investing in humanitarian efforts for-profit started, Allec says one does not need to look far to find examples of incredible businesses built by refugees.

For example, Robert Herjavec, of Shark Tank fame, immigrated to Toronto, from Zbjeg, Croatia, as a child. Herjavec worked his way up and eventually launched a tech company called BRAK Systems that he later sold to AT&T.

"Who would've thought a kid from Croatia would make it.." You're the man @robertherjavec ?? pic.twitter.com/mRxCdtWVer

“Sound investors have long realized that refugees can be incredible entrepreneurs who can build fantastic businesses. Despite this fact, it is a very recent phenomenon to find firms or non-profits specifically devoted to investing in refugees.

“In fact, some of the largest and best-known examples of refugee specific investing have launched within the past five years,” says Allec.

Great Ideas Are Born from Crisis

Some of the best ideas come when we are knee-deep in crisis. Many great business ideas have come to those facing a problem. For example, Airbnb started when its founders, unable to afford rent, rented out their air mattresses.

“The first rule you hear from Venture Capitalists is to start a business that solves a problem you have yourself. That way, you understand what a potential solution should be better than anyone else. Therefore, refugee businesses that attract venture capital investors will likely be focused on helping displaced people,” he says.

Read More: Syrian children ask Pokemon users to save them from hell on earth

For example Gomex, a refugee-run supermarket chain in Serbia, was started by its founder to help displaced individuals get food and has since grown to more than 20 locations.

As Rober Herjavec said to Entrepreneur, “I’m one of the ones who became successful because of incredible pain in their life, who knew they just couldn’t take it anymore and wanted to change.”

Being a relatively new concept, awareness about refugee lens investing among investors is low but increasing. Allec also feels, however, that many investors are surprised by the fact refugee investing is being treated as a unique or novel concept.

Investors have long focused on investing in tenacious, hardworking, resourceful individuals rather than ideas.

“As many refugees have been forced to develop such skills due to their own economic hardship, investors have long known refugees to have decent odds of success in business. Therefore, many investors are surprised that refugee investing is being treated as a new topic,” he says.

As the number of displaced people goes up as a consequence of a number of reasons, ranging from climate change, human rights violations, or violence, the investing world is starting to see the potential of these populations for developing businesses, while helping them fulfill their needs. Refugee lens investing is coming into focus.

Campaign requests in their list include monetary donations to repair aid facilities in Greece to donating clothing for asylum seekers on the US-Mexico border and volunteer time donations from translators and English instructors.

Needslist is not the only one.

In March, Israel’s Rewire raised $12 million for digital banking for migrants. Mexico City’s Hola Code secured capital from GINcapital for a coding bootcamp for young Mexicans deported from the US and refugees from Central America.

Waste management firm Sanivation, the company that gained a contract to manage waste in Kakuma, Kenya, one of the largest refugee camps in Africa, was supported by Finca Ventures.

Refugees Are Potential Not Burden

According to the United Nations High Commissioner for Refugees (UNHCR), 70.8 million people around the world have been displaced from their home, among which, are nearly 25.9 million refugees, over half of whom are under the age of 18.

“There are no guaranteed profits in investing, so it is hard to predict how much investors will make. However, many investors have made billions off of investing in people who were refugees”

Refugees have been seen as a burden for a long time. In the late 1970s and early 1980s, almost a million Vietnamese people escaped their country seeking refuge elsewhere.

Speaking little or no English and with few assets or relevant job skills, they were often turned away. Eventually, many were allowed to settle in the US, soon becoming a relevant part of the US workforce.

History is also replete with profiteers taking advantage of displaced people, a practice that still goes on. However, now humanitarians and investors are coming together for refugee investing.

The Refugee Investment Network’s flagship report “Paradigm Shift: How investment can unlock the potential of refugees” shows a hopeful but often overlooked market on the basis of the high perceived risks associated with investing in refugees.

The report’s data shows refugees to be employable, hardworking, credit-worthy, and investable—facts that are already benefiting smart investors and their refugee partners. It says that businesses that hire from displaced communities tend to realize cost savings and benefit from increased employee retention rates.

Interviews conducted by The Fiscal Policy Institute and the Tent Foundation of companies in manufacturing, healthcare, meatpacking, hospitality, construction, commercial laundry, and staffing found that companies hiring refugees increase their employee retention rates, a trend good for both businesses and investors.

While people being forced out of their homes is always sad tidings with sure hardships in the future for those displaced, as a society, we can view such people as a willing and diverse workforce with diverse ideas for businesses unthought-of so far.