Is Apple about to make a big announcement – #ipad2 #Verizon iPhone? 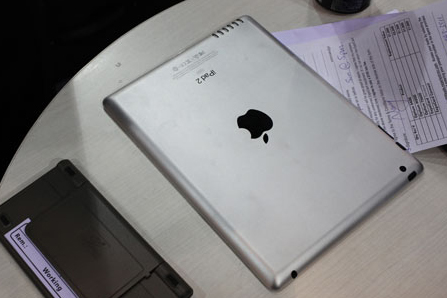 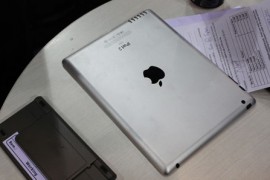 Do you hear that faint buzzing sound in the background, the one that is getting ever louder? That’s the Apple fanboy rumour mill grinding into overdrive, and it is saying only one thing, iPad 2.

The cause of the murmur is a report from AppleInsider which suggests that Apple Corp. “expects a popular product — or perhaps even multiple products — to be introduced later this month or early next month”. Speculation suggests that this could be the release of the iPhone on Verizon’s network or, more interestingly, the release of the second generation iPad.

According to AppleInsider, Apple has retained its temporary Christmas staff and cancelled all annual leave for full-time sales staff, suggesting it expects to be dealing with a post holidays rush very soon.

[Update: Watch a video of the sample iPad2]

Both the Verizon compatible iPhone and the iPad 2 have been mooted for an early 2011 release but neither have been confirmed by Apple directly. We reported a month ago, citing the news agency Reuters, that the iPad 2 was reportedly receiving a February 2011 release.

Apple is quietly prohibiting vacation days for some retail employees for three weeks beginning later this month, a move that could foreshadow a significant product introduction in the coming weeks, AppleInsider has learned.

People familiar with the company’s retail plans say Apple has issued a “blackout” period spanning three weeks, during which retail employees without seniority will not be allowed vacation time. That blackout period is said to begin the last week of January and continue into the first half of February.

The shell, which has been marked by developer Gopod Mobile with “iPad 2” and “128GB” logos that would not appear on the actual device, is being shown paired with an iPad 2-specific foldable rechargeable battery pack developed by the company, and depicts the revised device’s redesigned curves, ports, and cameras.

There is no word from Apple to confirm this just yet but we will keep on it.