What better incentive is there to run a marathon than being financially rewarded for completing it? Lithuanian sports and health startup Lympo has the perfect solution. Just-launched ‘Lympo Run’ is the app that allowed around 4,000 athletes to successfully track their runs during Lithuania’s Vilnius Marathon, whilst at the same time earning valuable LYM cryptocurrency tokens.

Entering the $3.7 million global wellness industry was no mean feat for the Lympo team, who approached the highly competitive market from a different angle.

With the aim of encouraging a healthier, more active lifestyle, the startup uses blockchain technology and fitness gamification to pay users upon their completion of fitness challenges. In Lympo’s case, payment comes in the form of crypto tokens, which can either be exchanged via digital currency exchanges or used to purchase sports clothing, diet-specific food or gym memberships. 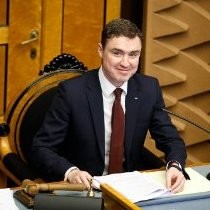 A marathon runner himself, the most recent addition to Lympo’s team is former Estonian Prime Minister Taavi Rõivas, who joined Lympo as the new chairman of the company’s supervisory board in August this year. The 38-year-old now serves as a member of the country’s parliament and is an expert in digitalisation, having played a key role in ensuring Estonia’s arrival as a world leader in digital technology during his tenure as Prime Minister.

The startup’s CEO and co-founder Ada Jonuse is confident that Rõivas’ previous tech experience will make him the right fit to help Lympo “transform the fitness and healthy lifestyle industry” through the use of blockchain and data. 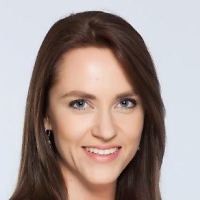 The launch of Lympo Run during September’s Vilnius Marathon was a fundamental step in this direction for Jonuse and her team. “I’ve had a chance to talk with a few runners who used Lympo Run to track their races,” she said. “It was incredibly inspiring to finally see people enjoying the app and actually getting rewards for completing challenges. We still have so much ahead of us, but this was truly a beautiful start and a major milestone in Lympo’s journey.”

According to Eurostat, over 50% of the European population suffers from weight problems or obesity, a statistic that Lympo is on a mission to tackle, whilst also complying with CEO Jonuse’s goal to “create an ecosystem where data is used efficiently by all industry stakeholders, and where everyone is rewarded fairly.”

Through already established partnerships with world sporting elites, such as world no. 2 female tennis player Caroline Wozniacki, and NBA team the Dallas Mavericks, Lympo hopes to set an example for both athletes and those wanting to improve their fitness around the world, making exercise that bit easier by providing all-important financial incentives.