Why does Israeli spy agency Mossad invest in startups via Libertad Ventures? 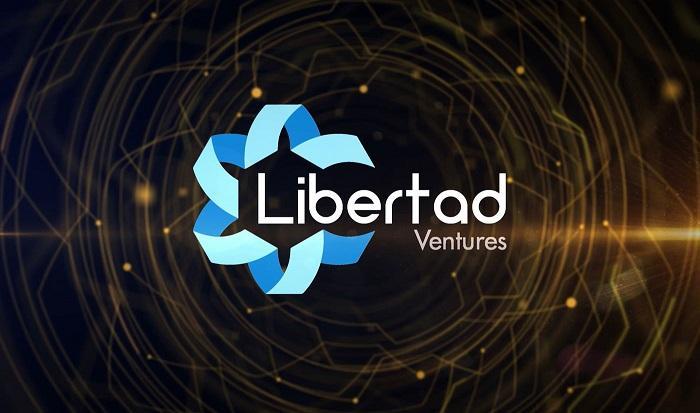 The Mossad spy agency of Israel is expected to make another open call to invest in startups through its VC arm Libertad Ventures, but why?

Just like its American counterpart, the CIA, the Mossad too is looking to invest in startups in the tech world. While the CIA uses In-Q-Tel (IQT) as its venture capital arm, the Mossad launched Libertad Ventures publicly in June of 2017.

Libertad Ventures is looking to invest some $580,780 or more in “promising startups, entrepreneurs, and ideas with a focus on technological research in its early stages.”

According to The Jerusalem Post, Libertad Ventures is “expected to put out another call for applications to develop cutting-edge technology for its spying purposes, later this year.”

Given that the Mossad specializes in espionage, this may put off some startups from wishing to apply. To counteract this fear, Libertad Ventures even has a section on its homepage dedicated to answering the question “Do companies need to be frightened of collaborating with the Mossad?”

In keeping with the shroud of mystery encircling the Mossad, Libertad Ventures doesn’t even answer its own question, but rather regurgitates its promise of encouraging “innovation and creation of groundbreaking technology.”

The Jerusalem Post describes the Israeli spy agency’s venture capital arm as such: “Libertad means and symbolizes freedom, as in freedom of innovation.”

However, “freedom of innovation” can also be construed as “freedom of invasion,” since invasiveness is what the Mossad commonly practices at its core, with scandals going back on record to 1954, according to Reuters.

To draw a parallel between the Mossad and Libertad Ventures and the CIA and In-Q-Tel is worth a note, and strangely enough, it has a lot to do with the Pokemon GO phenomenon that rocked the world in mid-2016.

Since the CIA and the Mossad have been in mutual cooperation since the 1950s, their intelligence operations often cross paths.

John Hanke is the founder of Pokemon GO’s parent company, Niantic Labs, which in turn was a startup absorbed by Google.

Prior to founding Niantic Labs, Hanke was the CEO of mapping company Keyhole, Inc. through funding from the CIA’s venture capital branch, In-Q-Tel in 2001. Keyhole was later bought by Google in 2004.

To cut a long story short, Pokemon GO was founded on mapping technology created by a company (Keyhole) that had the backing of both the CIA (In-Q-Tel) and the NSA. The technology was used by the US military in the Iraq war, and it later became integrated into Google Maps.

A press release was issued at the time of In-Q-Tel’s investment in Keyhole with Mr. Hanke delivering the following statement:

“Keyhole’s strategic relationship with In-Q-Tel means that the Intelligence Community can now benefit from the massive scalability and high performance of the Keyhole enterprise solution. By capitalizing on trends in commercial markets, In-Q-Tel is supporting an ever-higher standard of advanced technology adoption in government. Keyhole is pleased to help set that standard for large-scale 3D geospatial visualization.”

Pokemon GO was since banned in China for posing as a threat to national security for its invasiveness.

The reason that so much attention is paid to the CIA, In-Q-Tel, and Pokemon GO in this article is because since 1956, the CIA and the Mossad have shared the “World’s Best Intelligence Relationship,” according to The New York Times.

There was a setback in this relationship in 1985 when it was discovered that Israel was running a spy, Jonathan Pollard, inside the United States Naval Intelligence office. Spies will be spies.

News media; however, is not exempt from infiltration by intelligence agencies.

The impersonation of journalists is a continuation of the controversial and allegedly-defunct Operation Mockingbird – “a covert Central Intelligence Agency (CIA) campaign to create a mass media echo chamber during the Cold War.”

The CIA would plant false news and propaganda to “knowing and unknowing reporters who would simply repeat the falsehoods over and over again.”

And it wasn’t just the CIA. The FBI still holds similar policies about impersonating journalists and planting fake stories.

In September, 2016 the US Justice Department issued a report entitled “A Review of the FBI’s Impersonation
of a Journalist in a Criminal Investigation,” in which it was concluded that “Department and FBI policies in effect in 2007 did not prohibit agents from impersonating journalists or from posing as a member of a news organization, nor was there any requirement that agents seek special approval to engage in such undercover activities.”

The Inspector General and the Justice Department recommended that the FBI continue with its adopted interim policy from June 8, 2016, which states that the practice impersonating journalists must first be authorized by both the FBI Deputy Director and the Deputy Attorney General.

“Under this new policy, FBI agents may only represent, pose, or claim to be members of the news media when authorized by the FBI Deputy Director, after consultation with the Deputy Attorney General, as part of an undercover operation reviewed by the Undercover Review Committee (UCRC). The policy expressly prohibits FBI employees from engaging in such activity if it is not part of an undercover operation,” according to the report.

Q: Does Libertad publish a list of companies it invests in?

A: No. We are committed to mutual commercial discretion and do not publicize the names of companies we invest in.

At least this is one difference between Libertad and In-Q-Tel; IQT publishes its portfolio.

Libertad Ventures can also speed through slow government processes and cut through beaureaucratic red tape stating, “Libertad thinks and acts like a commercial institution in every way.”

According to The Jerusalem Post, “The Mossad funding is not a capital investment, and is equity free – meaning the Mossad just wants to be able to use the technology. At the end of development, the Mossad will receive a non-exclusive license to use the intellectual property developed during the project.”

Given the Mossad’s history, just like the CIA’s, of launching assassination plots, conducting hit squads, forging foreign passports, and wiretapping heads of state, what exactly will the Israeli spy agency do with the technology it leeches from its porfolio of unnamed startups?

The Future of DACA? Interview with Mike Galarza