New Media: Audio, Video, and Photography in the Victorian era 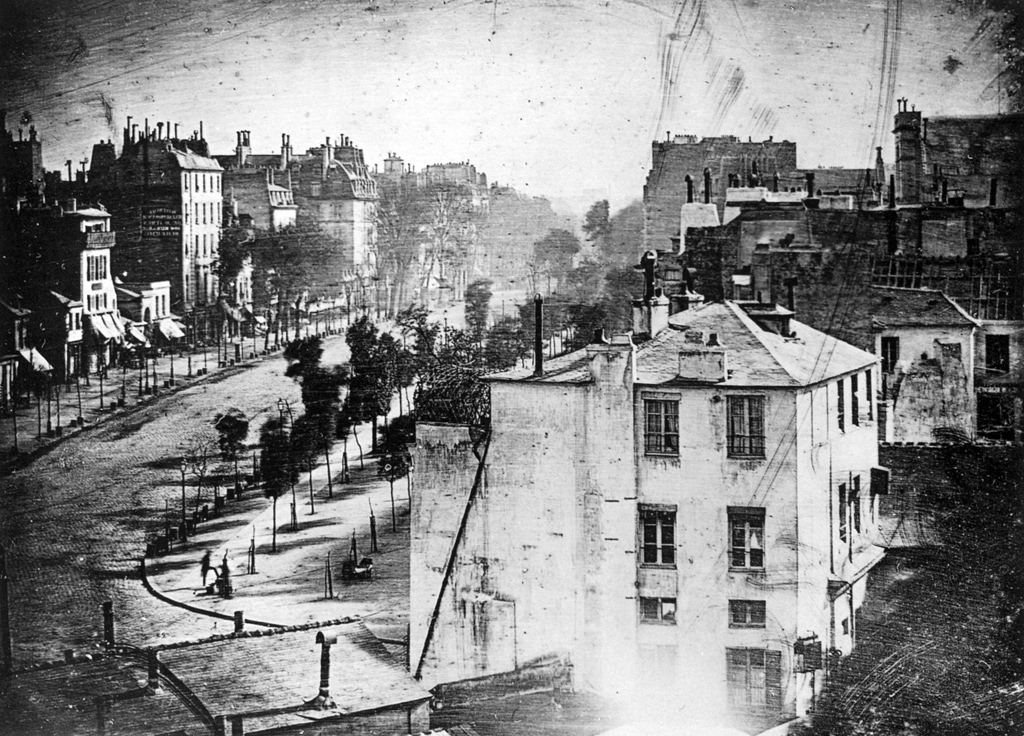 We love our high definition, 20 megapixel, surround sound digital experiences but the history of our modern media goes back further than most of us think. And even though man’s first attempts at recording photographs, film, and audio lacked definition they are still, after all this time, mesmerizing; as are the attempts by modern technicians to digitally preserve them.

Here are some of our firsts.

Photography
Although the ability to record photographic images was around for some time the oldest known surviving photograph dates from 1826 (predating the Victorian era).  “View from the Window at Le Gras” was created by Nicéphore Niépce in the Saint-Luop-de-Varennes, France and shows the rooftops overlooking the town.  This one image took eight hours to capture.

View from the Window at Le Gras by Joseph Nicéphore Niépce

The methods used by Niépce were improved upon by Louis Daguerre to capture images at shorter exposures and with better definition.  But it was 13 years later when we see the first known photograph to contain people.  In 1838 exposure times were still quite long, the scene below took 10 minutes to capture making it difficult to record images of people.  But Daguerre did accidentally manage to capture people in this image which shows two people in the centre left, and apparently a person reading a newspaper on the bench to their right. 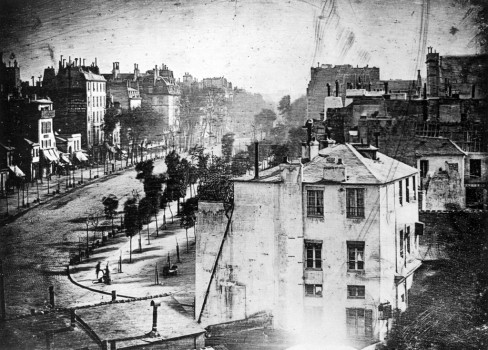 Video
Some 40 years later Eadweard Muybridge used a number of stills cameras, sometimes connected to a series of trip wires, to capture the movement of animals and humans.  Their first of these was The Horse in Motion which shows a horse galloping – the story goes he used this film to settle a bet as to whether horses’ feet leave the ground as they run.

The process of stitching individual photographic stills together is still in use; most time-lapse photography works this way as too does MIT’s latest camera which can capture one trillion frames of “visual data” a second, which is a long way from an eight hour exposure time.

The oldest surviving motion picture was created 10 years after Muybridge’s series of images, in 1888.  It was created by Aimé Augustin Le Prince in Leeds.  The two second film, called The Roundhay Garden Scene, simply shows members of Le Prince’s family walking a garden.

Audio
Jumping back 28 years to April 9 1860 and French inventor Édouard-Léon Scott de Martinville captured the earliest known audio recording.  The recording, which was first heard in 2008 is believed to that of de Martinville singing Au Clair de la Lune.  The recording itself was created as a phonautograph, a series of waving lines, which represent the soundwave, on glass.  He wanted to use this system to measure the sound visually but in 2008 scientists scanned the glass and digitally processed the image to extract the original audio recording.  Using this method they were able to recover the audio recording created over 150 years ago.

Taking the same idea, this year the Library of Congress, The Smithsonian, and Lawrence Berkeley National Laboratory were able to recover audio from records made by Alexander Graham Bell in the 1880s.  The audio was recorded on different types of cylinders and discs, which because of their age and condition would have been destroyed if they tried playing them using conventional methods.

Experts at the Lawrence Berkeley National Laboratory created high-definition digital scans of each of the media and used these digital maps to ‘play’ the discs and cylinders for the first time in over 100 years.

Tantalizingly, some of the recordings could be of Bell himself.