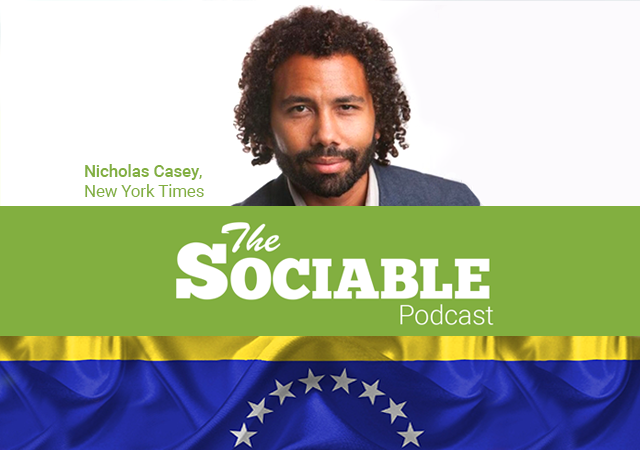 On this episode of The Sociable Podcast, we will be speaking with The New York Times Andes Bureau Chief Nicholas Casey. He covers a number of South American countries but has spent a large amount of time working in Venezuela, reporting on events taking place from within the country for The New York Times.

He came in to talk about the recent nationwide blackout that struck the country while he was there, along with the current availability and use of cryptocurrencies in Venezuela.

For our What the Tech!? feature, where we look at frighteningly accurate or hilariously inaccurate tech predictions from celebrities and experts in the tech industry, we have a clip from a 2003 presentation from Steve Jobs which hasn’t aged well, especially given recent headlines.

And for our Neuron To Something piece, where we look at psychology studies and research influenced by technology, we have a study analyzing the psychology behind why people choose to watch disturbing videos online of torture and murder.

A New Study Has Investigated Who Watched The ISIS Beheading Videos, Why, And What Effect It Had On Them