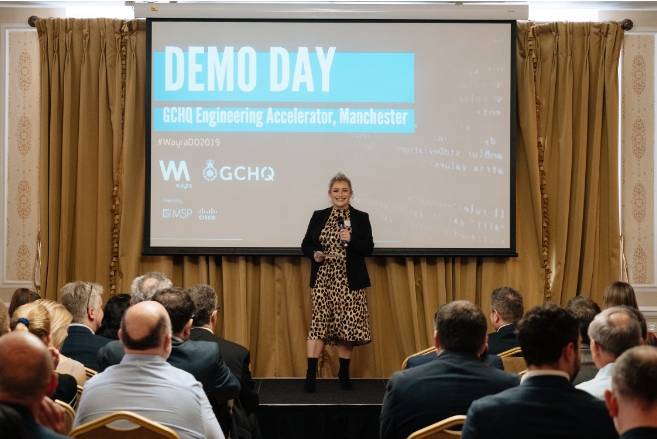 The GCHQ accelerator in Manchester, UK is so secret that not even its location can be made public, but the British spy agency has just announced the four startups that completed its pilot program.

At an undisclosed location, on an unknown day, an unnamed GCHQ Director General for Technology, along with Manchester Mayor Andy Burnham, celebrated the conclusion of the three-month “GCHQ Engineering Accelerator Manchester” program in collaboration with Wayra UK during an exclusive demo day last week.

The four Manchester-based startups that impressed the UK intelligence agency with their technological business solutions were:

PlaceDashboard uses Big Data to create a behavior canvas that covers the entirety of the UK, producing intelligence-driven insights into visitors and their changes in behaviours around locations, brands and activities. From this canvas, it can compare and rank performance of multiple sites anywhere in the UK, highlight stores most at risk of closure, and identify best-fit retail and leisure providers for a site based on its audience preferences.

Y?Not is a platform designed to combat loneliness and social isolation. The Y?Not platform will use GPS to connect you to somebody else nearby and guides you both to a cafe or a bar where you get to meet each other. Y?Not is unique as it uses no profiles, pictures or filters at all! It’s not dating, it’s not business networking, it’s just meeting people…..WHY NOT?!

“We have brought our national security mission to Manchester; and Manchester has helped us in our work to pioneer a new kind of security.”

The inaugural cohort shared its successes in front of 100 attendees at the exclusive demo day in Manchester where  the anonymous GCHQ Director General for Technology discussed the impact the program had had on the intelligence agency’s software engineers. 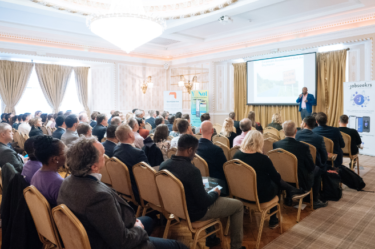 “We have brought our national security mission to Manchester; and Manchester has helped us in our work to pioneer a new kind of security,” said the one who must not be named in a statement sent to The Sociable newsroom.

The director incognito added, “This accelerator has brought new thinking to our engineering team. New minds into our national security community. And it has shown that we can deliver more for our mission if we work this way.

“The startups have helped us to create new partnerships: within the cohort, within the Tech Hub in Manchester and the North West, with Manchester Science Partnership, with the universities, and the city council. They have helped us tap into a new seam of ingenuity. There is a thriving ecosystem around us here and it is great to be a growing part of it. We will see more of that in action as GCHQ starts to expand here this year,” she or he added.

“During the Wayra UK & GCHQ program we had some absolutely wonderful support and advice from some of the very best in the industry!”

During the course of the program, PlaceDashboard closed a six-figure deal and increased revenues to help consolidate and strengthen its position as a big data disruptor.

“The sessions with Wayra experts have really helped us take a new look in detail at all aspects of the business, which sparked an immediate change in the interest shown in the platform,” said Paul Sanders, Technical Director at PlaceDashboard. 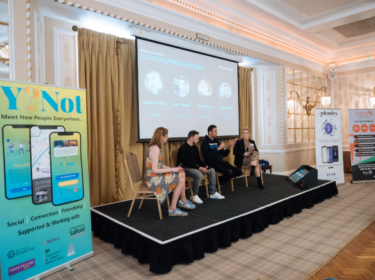 “Working with GCHQ experts has enabled us to transform the relationships we have with our clients and unlocked endless possibilities in how we can apply new technologies including AI and machine learning, which will lead to the roll out of a new product range in the next 12 months,” he added.

Locometric expanded its reach into the US market by securing a major partnership and building a closer relationship with technology giant Apple.

jobseekrs was able to bring onboard 10 new strategic partners. Dr. Elsa G Zekeng, Director of Operations & Student Engagement, remarked, “Over the course of the accelerator, Jobseekrs has launched its (beta) MVP and is currently engaging with over 15 companies in the Greater Manchester area, eight universities and colleges in the North of England, over 3,500 students and 10 strategic partnerships with different networks – creative, non-for profit, fashion and local authority programs.”

Y?Not used the opportunity to validate their concept ready for a launch soon. “During the Wayra UK & GCHQ program we had some absolutely wonderful support and advice from some of the very best in the industry!” said Richard Tate at Y?Not.“We were introduced to a number of strategic partners that we are building relationships with, some of which may lead to long-term collaborations that will benefit the Y?Not business and our future customers. We would very strongly recommend the programme to other ambitious businesses,” he added.

Manchester: ‘a solid foundation from which to build’

“There are around 105,000 companies in our area but we always want more”

Gary Stewart, Director of Wayra UK and Telefónica Open Future in the UK, said of the accelerator pilot program, “Wayra UK’s shared vision with GCHQ in utilizing the local expertise of regional hubs to scale ambitious technology startups will make all the difference in maintaining Britain’s position as a global innovation leader.

“It’s the responsibility of organizations such as ours to offer our resources in order for emerging businesses to grow wherever they’re positioned in the UK. We now have a solid foundation from which to build in Manchester and the wider North West region,” added the one who could be named.

“I was extremely impressed with the entrepreneurs who pitched at the GCHQ Engineering Accelerator Demo Day. These early-stage businesses represent the calibre of talent we have in the North West as well as our rich engineering heritage, which was clearly on show.

“I want to thank Wayra and GCHQ for their continued investment in the city-region and wish all of those who pitched the best of luck with their journeys. There are around 105,000 companies in our area but we always want more. We are making it easier to set up new enterprises, and are helping existing businesses develop and grow, working alongside the Manchester Growth Company (MGC) to bring trade, investment and growth to Greater Manchester.”