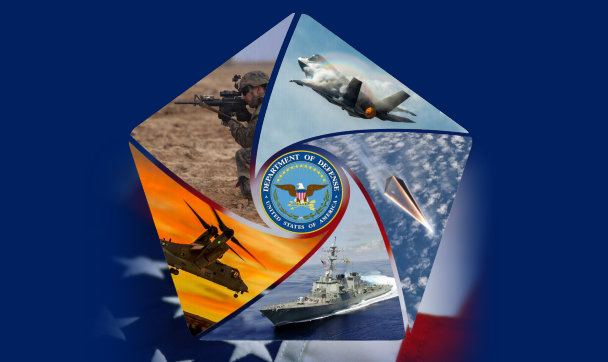 The Pentagon releases its annual audit showing that it invested $95.3 billion this year on space and future warfare tech R&D such as AI, hypersonics, and directed energy. 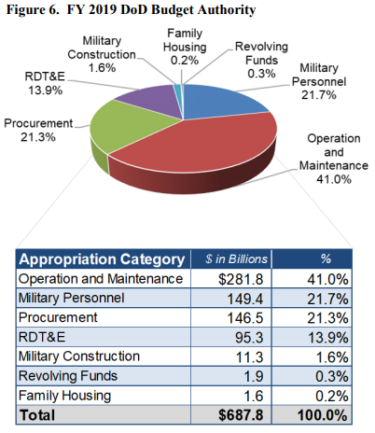 The Department of Defense (DoD) spent 13.9% of the $687.8 billion total defense budget on Research, Development, Test, and Evaluation (RDT&E) in the fiscal year 2019.

In total RDT&E funding increased $3.6 billion from last year, bringing this year’s total to $95.3 billion, with a focus on space technology and technology that will likely revolutionize the future of warfare.

According to the 268-page audit:

The majority of funds in 2019 went to Operation and Maintenance with a whopping $281.8 billion, which was $8.6 billion more than last year.

The Defense Advanced Research Projects Agency (DARPA) is usually the first to come out with revolutionary technologies for military use before they become commercially available, such as the tech that goes into virtual assistants like Alexa, Siri, or Cortana.

The Department’s FY 2019 funding for the Science and Technology program increased by more than $1.0 billion to $14.1 billion, including a DARPA budget of $3.4 billion to develop technologies for revolutionary, high-payoff military capabilities.

Today, China and the US are neck and neck for technological superiority, and the US government sees Chinese espionage, hacking, and intellectual property theft as major national security concerns.

US vs China Race for Technological Superiority 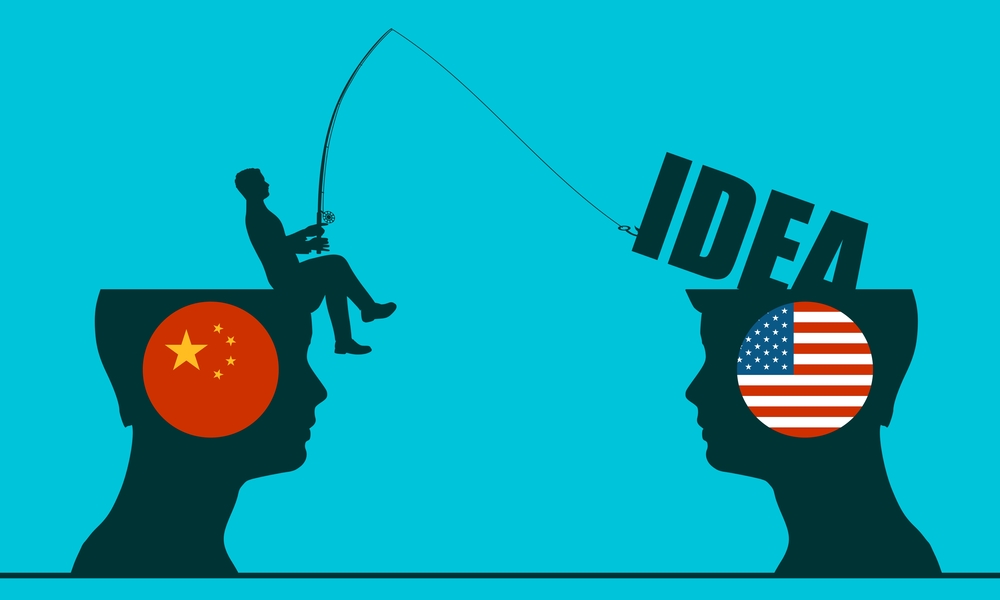 China is either at par with or surpassing the US in many areas of technology such as quantum sciences, artificial intelligence, 5G, and genome sequencing to name a few.

”China devotes significant resources at a national level to infiltrate our universities and our labs. And they are doing it for a reason. They’ve even coined the phrase … ‘Picking flowers in the US to make honey in China,’ which I would say perfectly illustrates their deliberate plan to steal R&D, knowhow, and technology to advance their military capability. They are not even hiding it.”

In October Air Force Maj. Gen. Thomas E. Murphy, who is the director of the DoD’s Protecting Critical Technology Task Force, said that China was stealing our stuff and not even hiding it.

”China devotes significant resources at a national level to infiltrate our universities and our labs. And they are doing it for a reason. They’ve even coined the phrase … ‘Picking flowers in the US to make honey in China,’ which I would say perfectly illustrates their deliberate plan to steal R&D, knowhow, and technology to advance their military capability. They are not even hiding it,” he said.

And earlier this month the Senate Subcommittee on Crime and Terrorism held a hearing on “How Corporations and Big Tech Leave Our Data Exposed to Criminals, China, and Other Bad Actors” where the issue of China being a huge national security threat was front and center.

In his testimony, William Carter, Deputy Director and Fellow at Center for Strategic and International Studies, testified:

“By exfiltrating data from the US Government (USG) Office of Personnel Management (OPM), health insurers (e.g. Anthem), airlines (e.g. United) and hotel chains (e.g. Marriott), among others, China’s intelligence services have access to an incredibly rich database on the behavior, preferences, and vulnerabilities of hundreds of millions of Americans.”