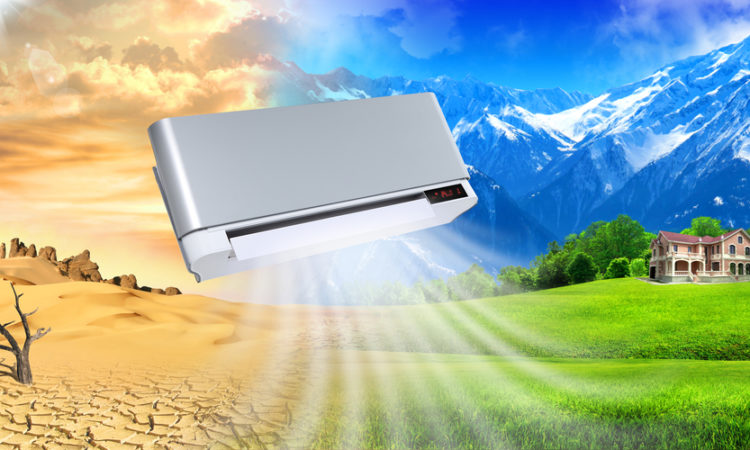 Radiative cooling technology stands to improve cooling and refrigeration efficiency by 20%, taking a large bite out of the energy consumption of one of the planet’s biggest single energy demands.

Air Conditioning (AC) is a major consumer of electricity, accounting for a large proportion of global energy use. Whilst that usage is likely to increase exponentially over the coming years, radiative cooling could potentially make for a dramatically more efficient delivery.

Radiative cooling is a physical process in which heat is lost from one body to another of lower temperature via long-wave radiation. The phenomenon is not a new one. The concept formed the basis of Persian ice houses which date back to 400 BC, with ice being produced from water in the desert despite temperatures not dropping below freezing.

Radiative Cooling as an Emerging Tech

Research and development carried out in more recent years is putting a new twist on a long recognized scientific principal. The modern take on this stems back to research published by a group of Stanford researchers in 2014. Radiative cooling is more easily achieved at night time. Yet peak cooling demand occurs during the daytime.

Most materials absorb sunlight such that the radiative cooling effect is counteracted. The researchers created a material that reflects the light and heat of the sun to the extent that the temperature below that material layer is 9-18 degrees Fahrenheit cooler than the surrounding air.

Read More: ‘Solar can be the cornerstone tech for our future clean economy’

Following a number of years of research, startup SkyCool Systems has been spun out with a view towards developing the technology commercially.

Co-founder Aaswath Raman spoke of the potential of the technology in a Ted Talk last year when he said that “a 10 or 20% improvement in the efficiency of every cooling system could actually have an enormous impact on our greenhouse gas emissions both today and later this century.”

Whilst there’s no doubt that there is a breakthrough in play with this technology, it may still take a while to bed down in refrigeration and AC systems.

A complete re-design is necessary in order to incorporate this radiative cooling technology. Existing systems have been developed over many years and are manufactured on a mass market basis, with component and process costs driven down.

Whilst SkyCool Systems are working towards dramatically reducing the energy input into refrigeration and AC, a research team at SUNY Buffalo is trying to take matters a step further.

In a study published in recent days, the researchers found that cooling performance could be achieved in laboratory and external conditions such that no electricity input is required.

Naturally, this is at an early research stage, but if this technology could be developed commercially, then the impact in terms of global energy consumption would be colossal.

Minnesota-headquartered industrial and materials conglomerate, 3M, has started to produce radiative cooling film, using it at the 3M Open — a PGA golf tournament — last month. The film was used to cover aluminum panels on the roof of a ‘fan village’ at the event — facilitating the AC system to work more efficiently by reflecting heat back into the sky.

A Societal Desire to Chill Out

According to the International Energy Agency (IEA), only 8% of people in the hottest parts of the world have AC. As developing countries in Asia and Africa continue to improve living standards and personal wealth, the demand to bring more AC on-stream is a given. With that, the energy demand required for AC units is expected to triple on a global basis by 2050.

The US Energy Information Administration (EIA) suggests that 12% of domestic electricity use is accounted for by AC. Given the level of the energy input, more efficient means of providing AC takes on added relevance.

The technology has been proven in principle, together with the first initial handful of commercial applications. However, to get it to a point where it can be assimilated on a mass market basis is no small task.

Whilst that’s likely to take some time, there’s no doubt but that radiative cooling based systems are encouraging, given the global energy demands with AC globally.