The human side of space exploration: societal benefits of spaceonomics 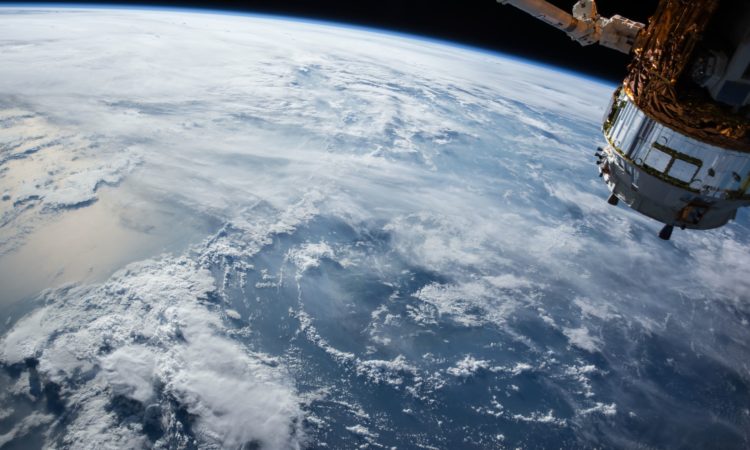 Many viewpoints of space exploration say that millions are being wasted on space programs, while societies are still struggling for basic amenities and rights, but spaceonomics has its societal benefits.

Space programs are increasing economic benefits, and not just in the commercial sector but also the social. The Organization for Economic Co-operation and Development (OECD) found that the implementation of space activities created new revenue streams for firms, often beyond the space sector. It’s spaceonomics with societal benefits.

“The benefits of space do not exclusively impact actors operating in the space sector, as many studies report positive effects in non-space firms and at the broader societal level”

Activities in space have gone up in the last decade, creating a whole new ecosystem around space, whether its government policy, private investments, or creation of industries. Digitalization is transforming space manufacturing activities, downstream space applications, and space exploration.

Space programs, government and private, are showing benefits to countries involved in areas such as enhanced operations, skilled jobs, and new products or services created from past or more recent space R&D programs.

According to the OECD’s latest report, The Space Economy in Figures: How Space Contributes to the Global Economy, the overall economy has grown by 11.6% because of space programs. Environmental management has benefited the most with 11.3%, while transport and urban planning benefited 9.7%. Among other top beneficiaries are sectors like R&D and science, climate monitoring and meteorology, telecom, and defense.

Most benefits are found in the form of commercial revenues. As the OECD found, the implementation of space activities created new revenue streams for firms, often beyond the space sector. Other types of benefits were creation of new jobs, as well as social welfare and macroeconomic benefits.

As the OECD report says, “Ever more down-to-earth activities are derived from satellite signals and data, contributing to new economic activities often far removed from initial investments in space infrastructure.”

For example, apart from their EDUSAT program, ISRO’s Telemedicine Program started in 2001. It has used satellites to provide health services to people in isolated areas by connecting 384 hospitals, with 60 specialty hospitals connected to 306 remote college hospitals and 18 mobile telemedicine units.

Private players too are doing their bit to advance societal changes. Inmarsat, the British satellite telecommunications company, launched an e-health project in collaboration with the charity SOS Children’s Villages in Benin. Through the initiative, rural community health clinics are able to send patients’ medical info to doctors in urban hospitals via Inmarsat’s broadband data service infrastructure. They have been able to help around 1350 children so far.

SERVIR, a joint venture between NASA and the US Agency for International Development (USAID), provides state-of-the-art, satellite-based Earth monitoring, imaging and mapping data, geospatial information, predictive models and science applications. Its services help national, regional and local governments, forecasters, climatologists, and other researchers track environmental changes, evaluate ecological threats and rapidly respond to and assess damage from natural disasters. They have already served successfully in Africa, the Himalayan region, and the Mekong area.

According to the OECD report, more than 80 countries now have their satellites registered in orbit, a figure which was 50 in 2008. According to the Space Report released by the Space Foundation, the Global Space Economy Exceeded US$400 billion for the first time in 2018.

The OECD report shows that public investments still represent the bulk of the funding in space activities, reaching US$75 billion in 2017 compared to around US$52 billion in 2008. Most governments invest in space with the goal of supporting national security and governance objectives through the ability to map and monitor resources from space.

Did you know that pics from @Space_Station can help developing countries affected by natural disasters? Watch & seehttps://t.co/QZyJqW8inv

Of course, the appearance of private players has also increased lately, with Amazon’s Project Kuiper and SpaceX’s Starlink. Facebook’s PointView Tech is said to be developing a new satellite called “Athena” with the aim of delivering data 10 times faster than SpaceX’s Starlink satellites.

Space programs aren’t just helping us delve into the unknown, they are making a social impact in several sectors right here on Earth.

As the OECD report says, “The benefits of space do not exclusively impact actors operating in the space sector, as many studies report positive effects in non-space firms and at the broader societal level.”