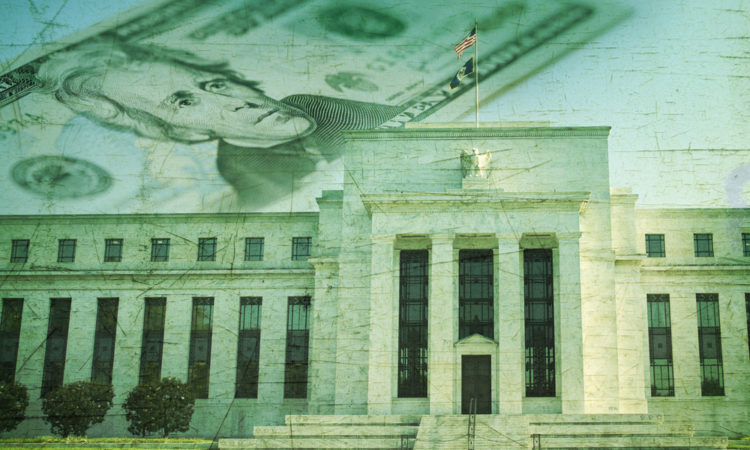 It’s patently obvious that the Fed and big banking hasn’t had the needs of ordinary Americans at heart in their actions relative to real time payments and banking.

The Federal Reserve, which is a private bank and not part of the federal government, announced its plans to roll out a real time payments system in a recent press release.  The system — dubbed FedNow — is not expected to launch until 2023-2024. It will facilitate round the clock real time payments and settlement.

However, it seems that despite some positives in the FedNow announcement, the Federal Reserve historically hasn’t met the needs of ordinary Americans.  Just like with other banks, there’s a possibility that steps are being taken when it’s no longer tenable to maintain the status quo.

The ability to charge customers lucrative fees on legacy wire transfer and overdraft products has been at the heart of the reluctance of big banking to facilitate change. It’s for this reason that the Federal Reserve has had to seek to design a system from the ground up.

“Everyone deserves the same ability to make and receive payments immediately”

In a recent press release, Federal Reserve Board Governor Lael Brainard said that “everyone deserves the same ability to make and receive payments immediately”.

The Fed will roll out a real time payments system within the next few years.  Whilst FedNow may be progressive, the Fed and big banking are still responsible for leaving the US behind the curve.

The US is already behind other advanced (and some less advanced) economies in this respect. The UK implemented a faster payments service as early as 2007 — 12 years ago. Other nations followed suit.

Singapore introduced its FAST system in 2014. Australia followed with the New Payments Platform (NPP) in 2017, whilst the Europeans set out their SEPA Instant Credit Transfer (SCT) system courtesy of the European Payments Council (EPC) in the same year.

The technology is already out there, and the system implementation process is already known given that other nations have successfully implemented their own systems.

A Long Time in the Making

Whilst it seems that the Fed is taking on America’s largest banks by building out its own system, it’s questionable that it is arriving at an implementation date four to five years in the future.

The Fed had attempted to register ‘FedNow’ as a tradename 11 years ago. It’s reasonable to assume that it’s been aware of a need for a real time payments system all this time.

Add to that the delay of another four or five years until implementation of such a system and it doesn’t paint a picture of an organization tending to the needs of the American banking public.

At first glance, it’s hard to fathom why a leading nation like the US is behind the curve on a real time payments system. For consumers, such a real time payment system will mean increased payment efficiencies and improved response times.

Would it not have been a given for such an advanced economy to have implemented a real time payment system already?

Read More:  Why the hell did the Federal Reserve create a Facebook Page?  A troll’s paradise

Yet despite the delay, it seems this recent announcement has been a number of years in the planning, with work having been carried out by the Faster Payments Task Force since 2015. The majority of inter-bank transfers in the US. right now are carried out via the Automated Clearing House (ACH) system, which facilitates same day transfers.

The ACH system has been in place for the best part of 50 years. It was cutting edge at the time of its introduction. However, attempts to upgrade or improve upon that system in the intervening years may go some way to explaining why US consumers have been deprived of more efficient payment processes.

NACHA, the non-profit organization tasked with overseeing the ACH system, tried to introduce a near real time payments system some years ago. The project — known as Expedited Processing and Settlement — was stymied by a group of America’s biggest banks.

Self interest on the part of the largest banking entities has been the culprit in holding this progression back from the US consumer. The ACH Clearing House and NACHA have an overlap in membership, which includes some of the biggest banks in the country including Citi, Bank of America, Wells Fargo, Bank of New York Mellon, JP Morgan, US Bank, TD Bank and Capital One.

Technology is moving on, too. Blockchain based networks are slowly being used to move money.

This is evolving in a collaborative sense — with companies like Ripple partnering with banks internationally to facilitate the frictionless movement of money globally.

Peer to peer decentralized cryptocurrencies are also seeking to fulfill this role by allowing the individual to circumvent the banking system to a large extent.

Although FedNow will focus on domestic payments, and these blockchain based solutions are being considered largely for cross border payments, their emergence may be making banks and central banks sit up and consider the future implications in terms of maintaining their own position and relevance in finance in the years ahead.

FedNow is likely to have a major impact when it comes to the experience of America’s less well off workforce. Many within this lower income bracket have to access cash checking services or cover the cost of overdraft fees as they await funds from their paychecks to be credited to their bank accounts.

Others still are forced into a scenario whereby they have to access pay-day loans at punitive rates.

Small and medium sized firms, too are likely to benefit from a real time payments system, which will improve monetary flow within their businesses.

Cash flow management is a fundamental part of the running of any business and real time payments would feed into a better outcome in that respect for companies across the US.