The startup mimicking photosynthesis to settle on Mars 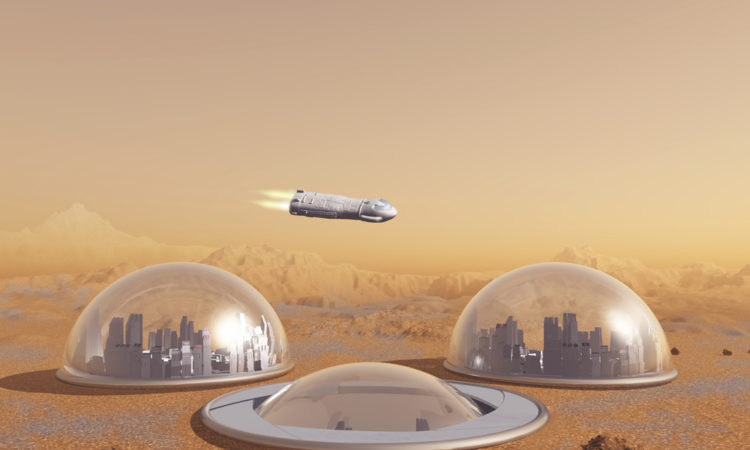 A Houston startup is preparing to settle humankind on Mars with a synthetic photosynthesis that uses carbon dioxide (CO2) to replicate space waste.

As our society prepares to fly to Mars, scientists are working hard to make that trip sustainable and least energy consuming. One of the methods that are helping is the capturing of the resulting amount of CO2 and using it for other purposes.

“By developing products this way, we would be able to continue to focus on sustainability while making a larger impact on the everyday lives of people around the world”

To make this a reality, Cemvita Factory, a Houston-based startup, is mimicking the process of photosynthesis to capture CO2, so it can be reused and help us settle on Mars.

“By mimicking biological pathways to utilize CO2, we are able to help the space industry turn this waste product into a resource that is replicable in-situ,” Cemvita’s Chief of Staff Astrid Countee tells The Sociable.

“CO2 can be used to make nutrients (for consumption), pharmaceuticals, as well as chemicals, and polymers, which could be utilized for a settlement on another planet,” she says.

That planet is Mars, where the atmosphere is over 96% CO2, a fact that would provide a vibrant resource for Cemvita Factory’s technology to help create life sustaining support.

In the coming days, while focusing on scaling up from test-tube to the field, Cemvita Factory plans on testing their CO2-to-glucose conversion system under microgravity aboard the International Space Station.

“That would realize and prove the economical benefit of our nature-inspired approach,” she says proudly.

The Science Behind a Faux Photosynthesis

If you remember your early bio lessons in school, photosynthesis is the natural process by which plants take in energy in the form of sunlight and CO2, which they process into a sort of product. In the case of many plants, that product can be glucose.

Read more: The human side of space exploration: societal benefits of spaceonomics

At Cemvita Factory, they are doing something similar, but by using bioengineered microorganisms rather than traditional plants.

“By creating bioengineered microbes, we can use CO2 as the feedstock and code the microbe to create a product, such as a polymer, as its output,” Countee explains.

“We are using the natural pathways established by evolution but essentially programming these pathways to create something that other industries could use in their product life cycle,” she adds.

How it All Started

Cemvita Factory’s story didn’t start with a problem but with the solution. The startup was founded by the sibling pair Moji and Tara Karimi. While Moji is an expert in drilling and petroleum engineering, his sister Tara is an expert in biological systems and applying the natural principles to create biologically-inspired technology.

“CO2 can be used to make nutrients (for consumption), pharmaceuticals, as well as chemicals, and polymers, which could be utilized for a settlement on another planet”

“Unlike most startups, we did not start with the problem but rather the technology. Our co-founder Tara Karimi was focused on finding ways to take sources of energy (such as sunlight) and create what could become a product from microorganisms,” Countee says.

In the process, Karimi developed her own technology, which she calls “cognitive chemistry” and which is the basis of her book, “Molecular Mechanisms of Autonomy in Biological Systems.”

From here, she considered multiple ways to apply the technology initially focusing on the space industry. When her brother saw a highly-desirable application in the energy industry as well, Cemvita Factory was born.

The Karimis’ process is being applied to the energy industry, too, which is in the business of processing hydrocarbons. This production of hydrocarbons is what makes up crude oil, a natural byproduct of which is CO2, often a waste product that the industry must dispose of.

By turning this waste product into a valuable part of their product life cycle, it helps decrease or even eliminate the amount of CO2 their business contributes to the atmosphere.

“It also contributes to a sustainable revenue system for oil and gas companies and inspires additional savings and innovation in their existing product lines,” Countee explains.

After all, in addition to oil and gas, energy companies create secondary products such as plastics, which are used in everything from medicine to sports equipment to electronics.

Other Problems This Tech Could Solve

Since this biotechnology is focused on programming microorganisms to create chemicals and polymers, Countee says, there are other industries that could benefit from it as well.

The pharmaceutical industry is a close application to the work that they are currently doing. There are also applications in healthcare in personalized medicine, food and agriculture, chemicals, and even data and network analysis.

Read more: Lift-off for flying taxis not such a flight of fancy

“Since we are also inventing while we are working with our clients, the possibilities for applications are near limitless,” she says.

In the future, the team hopes to expand their product line past the most common uses of CO2 utilization, such as biofuels, and move into more impactful products to society. This would be things like cosmetics, pharmaceuticals, food, textiles, and fabrics, all made with their technology.

Since the basics of these products are already produced in nature by plants, Cemvita Factory technology would be able to mimic the natural process but speed it up in the lab under controlled settings.

“By developing products this way, we would be able to continue to focus on sustainability while making a larger impact on the everyday lives of people around the world,” Countee says.