Lift-off for flying taxis not such a flight of fancy 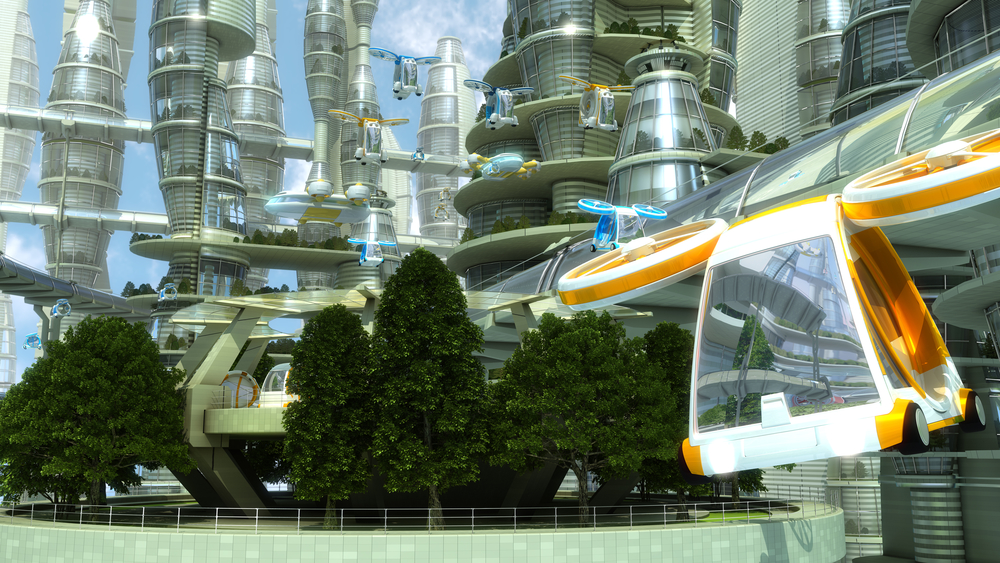 Flying taxis may not be the stuff of pipe dreams but rather part of our new reality pretty soon.  What is being developed in this space and what are the implications?

Read More: Where is my flying car‽

Some day soon, you’ll open your ride-hailing app and be faced with not only the option to hail a car but a flying taxi also.  It’s estimated that by 2050, there will be 3 million air taxis worldwide.

Beijing-based unmanned aerial vehicle (UAV) manufacturer, EHang has diversified into this space.  Earlier this month it unveiled its pilot-less flying taxi – having entered into a partnership with Austrian aerospace company, FACC on the project.

In January, Boeing completed its first initial test of its autonomous air taxi.  The test was comprised of a vertical lift, a one-minute hover, and landing whilst testing on-board autonomous systems all the while.  Clearly, this is very much a first step with a long process to follow. Boeing Chief Technology Officer Greg Hyslop spoke to that:

“In one year, we have progressed from a conceptual design to a flying prototype”

The company claims that future tests will involve forward, wing-borne flight, together with the transition from vertical to forward flight mode.  The vehicle currently has a range of 50 miles which makes it feasible for short city journeys.  With most flying taxi projects,  it’s this type of use case that is being envisaged as a starting point.

Texas-based Bell is partnering with Uber in bringing their flying taxi offering to market.  Bell CEO, Mitch Snyder sets out the company’s vision in this respect:

“As space at the ground level becomes limited, we must solve transportation challenges in the vertical dimension – and that’s where Bell’s on-demand mobility vision takes hold.”

The company expects to see its Bell Nexus in commercial operation by the mid-2020’s.  Using six tilting fans to take off and land, the Nexus will seat five passengers whilst differentiating itself from competitors by being hybrid-electric.

Airbus and Daimler are also in the running with their respective projects – Cityairbus and Volocopter.

If we are gearing up for a scenario where there will be three million air taxis operating globally, regulation is going to be an important cornerstone to the development of this industry.  To compound matters, it appears that delivery drones are likely to fill our skies earlier than that.  To cater for this type of aerial traffic, regulation is key.

Read More: When will driverless deliveries become the norm?

The European Aviation Safety Agency (EASA) has already been active in drafting a regulatory framework for the use of civil unmanned drones.  An air taxi trial – which will be opened to members of the public – is scheduled to take place in Singapore later this year.  That development involves the collaboration of Volocopter and the Civil Aviation Authority of Singapore (CAAS).

Much more work will be necessary on the regulatory front worldwide to pave the way for the timely introduction of this technology.

Flying taxis are more polluting than cars according to a study undertaken by a team at the University of Michigan.  The researchers argue that whilst new transport solutions are needed, flying taxis are only less harmful on long distances.

However, there seems to be an assumption in their research that electric power is and will always be derived from fossil fuels.  Despite this, the U.S. Energy Information Administration (EIA) issued a short term forecast in January in which it claims that renewable energy production will grow 10% and 17% in 2019 and 2020 in the U.S.

Additionally, even if the team – based in Detroit, the home of GM, Chrysler and Ford – believe that the electricity that would power flying taxis would continue to come from fossil fuels, there is still upside in that they’re not billowing plumes of poisonous pollutants into air that city residents would breathe.

What the roll out of the technology may mean in terms of the reduction of traffic congestion remains to be seen.  Naturally, if it becomes truly mass market, it’s impact will be significant.

However, as is oftentimes the case with new technology, it is likely to be positioned in a premium market segment to begin with – out of the reach of the majority.

It’s only with a more significant roll out that it will effect a profound change in terms of city life.  That may take a few years more but it certainly seems to be a serious prospect in the short to medium term.

Flying carpets may be the stuff of fantasy.  Flying taxis, it seems, are not.